The launch of Skoda’s midsize SUV has been pushed to June, likely due to the prevailing pandemic situation in India. 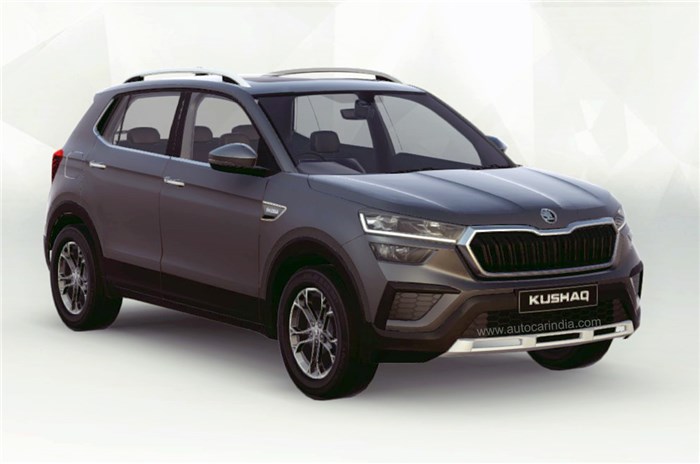 The Skoda Kushaq was revealed in its production-spec guise earlier this year in March, with the model expected to launch soon after. We now have confirmation that the new Skoda midsize SUV will reach showrooms by July 2021.

As per tweets by Zac Hollis, Brand Director - Sales, Service and Marketing, Skoda Auto India, the Kushaq’s price announcement and spec reveal will take place in June, while the SUV will reach showrooms a little later, by July. It is highly likely that the launch has been postponed due to the ongoing COVID-19 situation in India, which has seen a number of states go into lockdown because of a surge in daily cases.

In June full prices and specification will be announced. Then we will open bookings.

In terms of design, the Skoda Kushaq has quite a clean and striking appearance, which stays true to the Vision IN concept shown at Auto Expo 2020. The front of the Kushaq has a wide, unmistakably Skoda grille, a dual-headlight set-up, LED DRLs and a well-sculpted front bumper with a faux air intake under the fog lamps. Along the sides, there is a strong character line that extends right up to the tail-light and a chrome-lined lower windowsill. Top-spec versions will also feature roof rails and 17-inch diamond-cut alloy wheels. The rear has a roof-mounted spoiler, a faux silver diffuser lower down, wraparound LED tail-lights and a chrome strip that runs across the boot, which adds to the sense of width.

Much like the exterior design, the interiors of the Kushaq also feature a sleek and minimalist look. Being a Skoda, the quality inside will be very good and there are some premium touches to further add to the cabin’s upmarket feel.

The Kushaq will also come packed with features like a free-standing 10.0-inch touchscreen infotainment system with in-built apps, connected vehicle tech, wireless Apple CarPlay and Android Auto functionality, in-car Wi-Fi and more. There will also be equipment like an electric sunroof, ventilated front seats, ambient lighting, a cooled glovebox, six speakers and a 50W subwoofer, to name a few.

On the safety front, Skoda will provide six airbags, a rear parking camera, ISOFIX child seat mounts, auto headlamps and wipers and a multi-collision braking system. The carmaker will also offer ESC as standard across all variants – a segment-first – while a tyre pressure monitoring system and hill-hold assist are optional. All variants will get disc brakes up front and drum brakes at the rear.

Under the hood, the Kushaq will come with two engine options – a 115hp, 1.0-litre three-cylinder turbo-petrol and a 150hp, 1.5-litre four-cylinder turbo-petrol. Both engines will come with a six-speed manual gearbox as standard, with the 1.0-litre TSI getting a six-speed torque convertor auto and the 1.5-litre TSI getting a seven-speed dual-clutch automatic option.

Skoda has based the Kushaq on the India-specific MQB-A0-IN platform. This platform will also underpin the Volkswagen Taigun and the replacements for the VW Vento and Skoda Rapid.

Once launched in India, the Kushaq will face off against the likes of the upcoming Volkswagen Taigun, the Kia Seltos, Hyundai Creta, Nissan Kicks, MG Hector and Tata Harrier.