With small capacity diesels gone, the Czech carmaker might take over the development of TSI turbo-petrol engines for the VW Group. 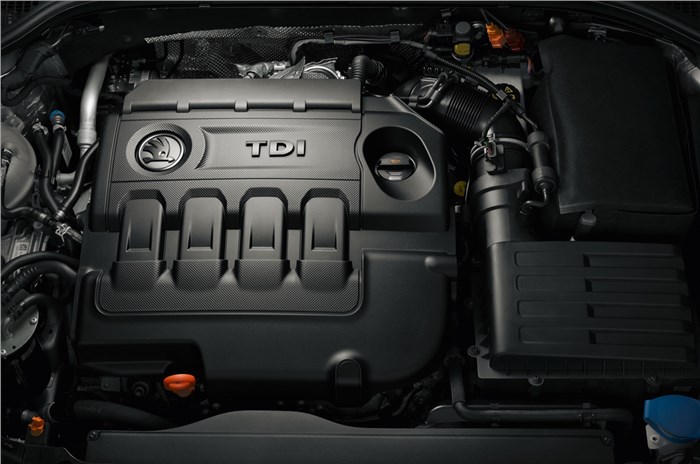 Skoda made the transition to BS6 emission norms in April 2020 with a petrol-only line-up. While the automaker decided to invest heavily in localising its MQB A0 IN platform and TSI turbo-petrol engine range under the VW Group’s India 2.0 project, it chose to stay clear of diesel offerings to begin with. However, the company has now confirmed that it is looking to maintain the status quo for its small car range moving forward. Commenting on the future of small capacity diesels in India, Thomas Schäfer, chairman of the board, Skoda Auto, told Autocar India in an exclusive interaction, “Despite all the reasons that we know, it is not going to come back.” The company could, however, look at bringing back larger capacity diesels, especially with CBUs (completely built-up units).

Right before its diesel range was discontinued last year, the Group’s EA189 1.5 TDI unit was available in the Rapid, while the larger EA288 2.0TDI could be found in the Octavia and Superb sedans, as well as the Kodiaq SUV, albeit in different states of tune. However, the fallout of the emissions scandal, the backlog in clearing WLTP norms in Europe, and the trouble in meeting India’s strict cost requirements meant that Skoda entered the BS6 era as a petrol-only brand in our market.

And now, the company has confirmed that the prospect of reintroducing at least small diesels, for the more mass-market range, has been put to rest. Explaining the decision, Schäfer said, “The world is rapidly moving away from diesel. In small cars, specifically with the TSI engines, you can’t really justify diesel anymore.” He added that the performance of the company’s TSI turbo-petrol engines is good enough to fill the void of smaller diesels.

Still, there remains a significant demand for diesels in the Indian market, especially for SUVs, owing to their punchier mid-range and more frugal running. For instance, the Skoda Kushaq’s direct rival – the Hyundai Creta – sees over 40 percent of its buyers opting for diesel. The company’s latest strategy, then, will see it become limited to the increasingly competitive, mass-market petrol segment.

Skoda could, however, evaluate reintroducing larger capacity diesels with fully imported models under the homologation-free category. This would allow it to test the waters without many hurdles. The Kodiaq, for example, would be a likely candidate.

Skoda could take over TSI engine responsibility within VW Group

Schäfer mentioned that Skoda “already has control of MPI engines within the Group”, like the company’s 1.6-litre version of the naturally aspirated petrol engine that was served under the hood of the Rapid in BS4 spec. The brand doesn’t currently offer MPI engines across any of its models in India, though sister firm’s Volkswagen Polo still makes use of the 1.0 MPI unit in entry-level variants.

As Volkswagen increases its focus on electrification globally and takes more responsibility for EV development for the Group,  Skoda could take over the development of even the TSI line-up in the future. Commenting on the prospect, Schäfer said, “We could do that, it’s just a matter of whether it makes sense and when does it make sense. We’ll be fighting for any kind of technology takeover within the Group because we believe we can do it maybe a little bit cheaper, more clever.” To put things in perspective, the TSI turbo-petrol range, in the 1.0-litre, 1.5-litre and 2.0-litre capacities, forms the backbone of Skoda’s current, and upcoming, model line-up in India.