Suzuki Motor Corporation's current chairman will be appointed as Senior Advisor after he steps down. 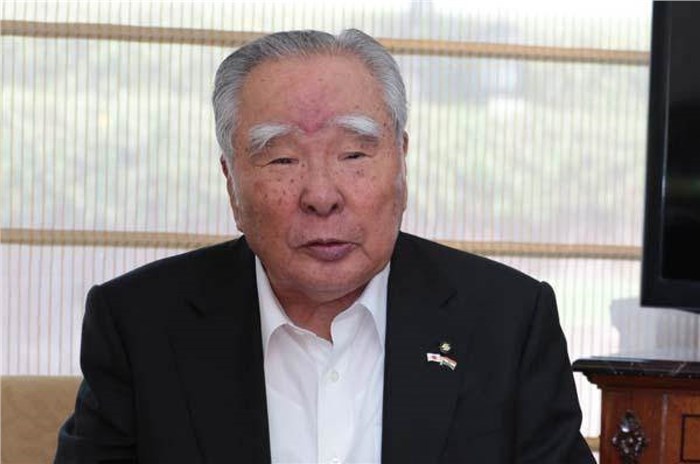 After leading the brand since 1978, 91-year-old Osamu Suzuki, the current Chairman of the Board of Directors of Suzuki Motor Corporation (SMC) will step down in June this year.

As Osamu Suzuki will step down from his current role in April this year, he will have served as the brand's chairman for 21 years. He was also the CEO of SMC until 2016, until he was replaced by his son Toshiro Suzuki, who is currently president and CEO.

Osamu Suzuki’s contribution to the global automotive scene has been massive, having made Suzuki one of the world’s largest small carmakers. India is of particular importance to SMC and Japan’s smallest carmaker grew to become India’s largest, thanks to his vision and determination. His legendary acumen at cost control is also well known.

In one of his latest communications from June last year, Osamu Suzuki had reached out to Maruti Suzuki India (MSIL) component suppliers to solicit their support during the COVID-19 related lockdown that was in effect last year.

During his tenure, Osamu Suzuki has also steered the company into alliances with major global automotive brands like General Motors in 1981 and also with Volkswagen in December 2009, so that VW could access Suzuki’s small-car expertise and the Japanese firm could take advantage of VW’s technology. The VW-Suzuki alliance was dissolved in 2011. Suzuki also had a JV with Chongqing Changan Automobile since 1995 to co-produce small cars in China. Both brands parted ways in 2018. Suzuki currently has a global alliance with Toyota that was formalised in 2019. This partnership has already introduced products like the Toyota Urban Cruiser and the Glanza hatchback in India and will also have modes like a Creta-rivalling SUV from both the brands in future. Additionally, the Suzuki ACross SUV and the Swace wagon are supplied by Toyota and are sold overseas by Suzuki outlets.

In our interview with Osamu Suzuki back in 2015, he told our editor Hormazd Sorabjee, “The key to making a small car is to make a success of the concept of a minimum standard for cost and quality. Besides ‘Make in India’, you also require ‘Quality in India’ and ‘Cost in India’. When you make small vehicles, the profit on them is also small. The total value of the car is also less. But this is precisely the challenge one must take...To ensure the base level of quality in the vehicle, you have to get the cost right, specifically for small cars.”

Suzuki Motor Corporation completed 100 years on March 15, 2020. The company was founded as Suzuki Loom Manufacturing Company by Michio Suzuki. Since then, Suzuki has expanded its business from looms to motorcycles, automobiles, outboard motors and ATVs, adapting to the trend of the times as well as domestic and global markets. Suzuki today, of course, is known for its cars and more so because of Maruti Suzuki India, the joint venture set up in 1982 between Suzuki Motor Corp and the government of India. Today, Maruti Suzuki is the jewel in Suzuki's crown. After changing its name to Suzuki Motor Co Ltd in 1954, Suzuki launched the Suzulight – the first mass-produced mini vehicle in Japan. The company name was then changed to ‘Suzuki Motor Corporation’ in 1990, in view of its business expansion and globalisation.

The Maruti Suzuki Swift: How it all began