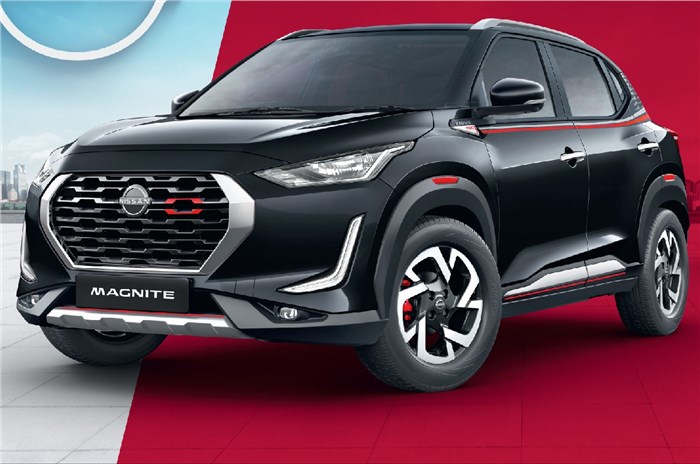 As it is based on the XV variant, the Nissan Magnite Red Edition gets an 8.0-inch touchscreen with wireless Apple CarPlay and Android Auto, push-button start, shark-fin antenna and an air-purifier.

There are no mechanical changes to the Red Edition and it continues to be powered by a 72hp, 1.0-litre naturally-aspirated petrol engine or a 100hp, 1.0-litre turbo-petrol unit. The latter is also available with a CVT, along with a standard 5-speed manual.

The Magnite, with its attractive price and well-equipped higher variants, has seen success in the Indian market. Nissan recently rolled out the 50,000th Magnite from its Oragadam plant near Chennai. The compact SUV is also exported to 15 countries.

In India, the Magnite rivals lower variants of other compact SUVs like the Kia Sonet, Hyundai Venue, Tata Nexon, Mahindra XUV300, the new Maruti Suzuki Brezza, and also models like the Renault Kiger and Tata Punch.