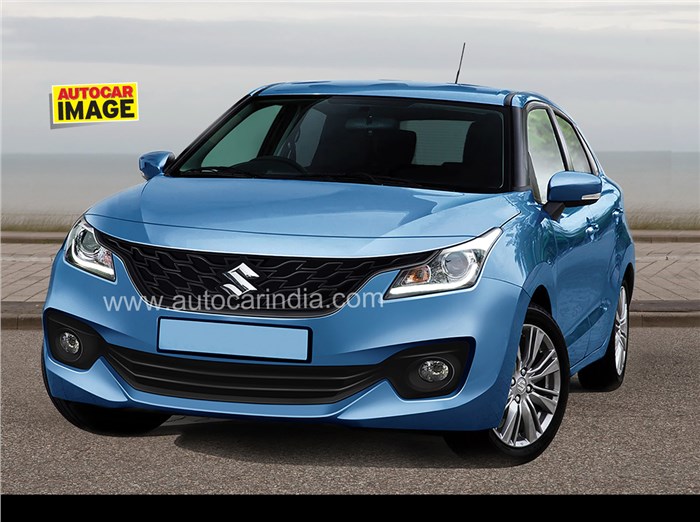 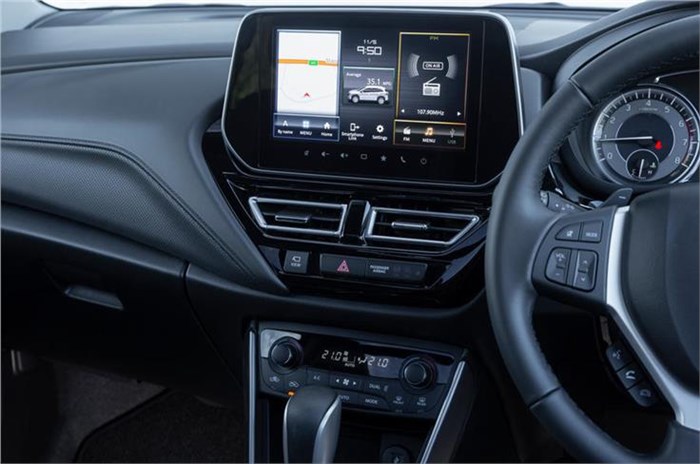 2022 Baleno will most likely have the same screen as the new S-Cross. (shown here)

Heavily updated Baleno expected to get new touchscreen with connected tech, among other features.

As mentioned before, Maruti is giving the hatchback a major update rather than a simple facelift, like with the updated Swift. As per leaked images, the new Baleno appears to move away from the curvy design of the current model and gets a flatter nose. The front fascia features a wider new grille, flanked by redesigned headlamps with DRLs. The bonnet too appears to be new and doesn’t stretch all the way up to the grille.

Changes are evident round the back too, with a revised tailgate, new bumper and more angular tail-lamps with boot-lid extensions. Expect the car to sit on new design alloy wheels as well on higher variants.

Starting with the kit first, the new Baleno is expected to get a larger new touchscreen as compared to the current SmartPlay Studio system. The dashboard design from images of test mules have suggested a unit similar to that of the new Suzuki S-cross revealed in international markets, which means we too could get a 9.0-inch unit.

Aside from the standard functionality from the current unit, the new unit is expected to come with an embedded SIM and offer a suite of connected car tech. Maruti does currently offer a Suzuki Connect telematics solution as an option across its model range, though this system is limited in functionality. The new system is also likely to pack in wireless smartphone integration.

Moving to the engine line-up, expect Maruti to make no changes, with the current pair of 1.2-litre petrol engines – an 83hp standard unit and a 90hp mild-hybrid – to be carried forward. Gearbox choices are likely to include a 5-speed manual as standard on both units, with the standard petrol also getting a CVT option as the current hatchback.

What do you think about the updated Baleno?  Let us know in the comments below. 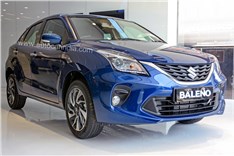 What update /upgrade over safety Rating 2 Star or any improvement over it ?

What update /upgrade over safety Rating 2 Star or any improvement over it ?

What new features they are adding, without the addition of side and curtain airbags, digital instrument display and sunroof. Looks like the touchscreen size is increased along with connected car tech