The all-new Tucson will be Hyundai's flagship SUV in India; bookings expected to start next month. 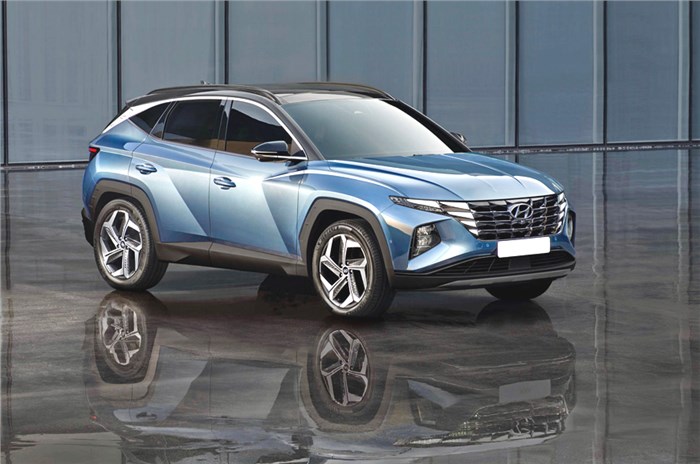 Tucson in India will get the smaller 18-inch alloy wheels. (International-spec shown). 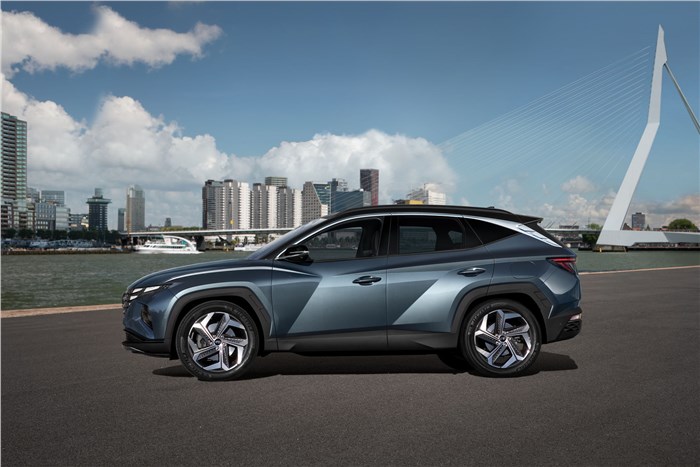 Hyundai will unveil the India-spec Tucson SUV on July 13, 2022 and is likely to announce prices sometime in August. The new Tucson will sit above the Alcazar in Hyundai's India line-up and will be the flagship SUV. Bookings for the new Tucson are likely to begin sometime next month.

India to get the long wheelbase Tucson

Globally, Hyundai sells the Tucson in two wheelbase options: the shorter one comes with a 2,680mm wheelbase, while the longer one measures 2,756mm between its front and rear wheels. From the images released by Hyundai recently, it can be confirmed that India will get the longer version of the Tucson. And though it will continue to be a 5-seater, it will have more cabin space, especially in the second row.

Expect Hyundai to offer the Tucson in multiple variants, with two engine options and different feature packs. Sources tell us that the Tucson will get a 2.0-litre diesel and petrol engine, with the latter possibly being the same 2.0-litre unit that does duty on the Alcazar. Higher variants will come with AWD as well.

The new Tucson's features list is expected to include Hyundai’s Bluelink connected car tech, a full-digital instrument cluster, a panoramic sunroof and a 10.25-inch touchscreen, among other bits. There are also talks of the Tucson getting ADAS, which will be the first for a Hyundai model in India.

Prices for the Tucson are expected to start around Rs 25 lakh, which means it will rival higher variants of the Tata Harrier and the Mahindra XUV700, and also take on the likes of the Jeep Compass, the Citroen C5 (due for a facelift in September) and the Volkswagen Tiguan in our market.