Styling changes aside, the Creta N Line gets suspension tweaks as well; to go on sale in South American market initially. 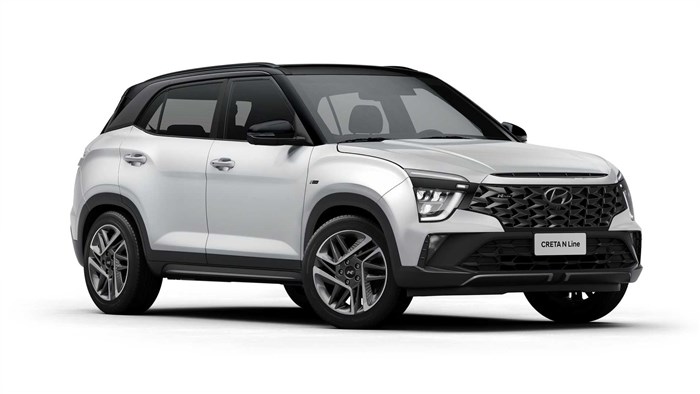 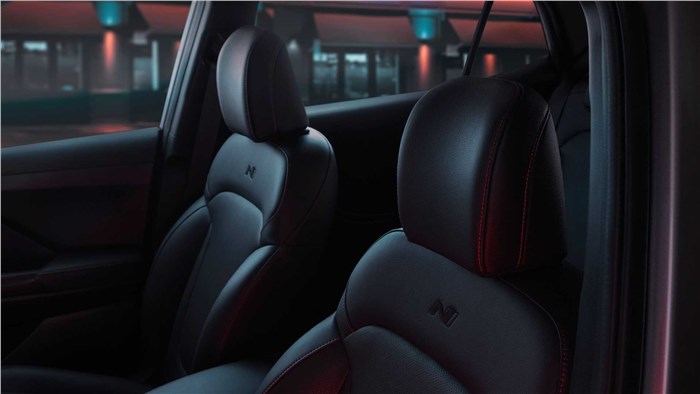 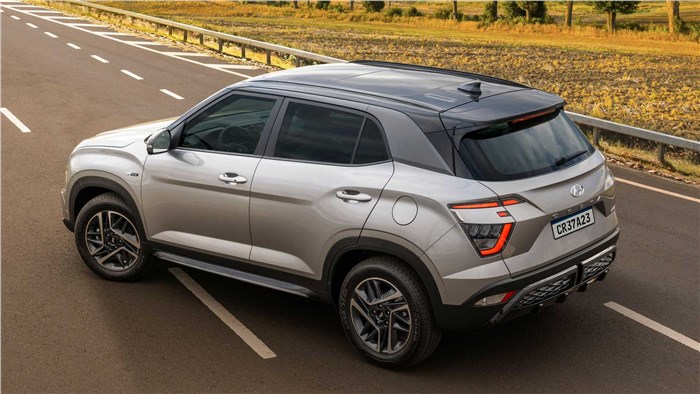 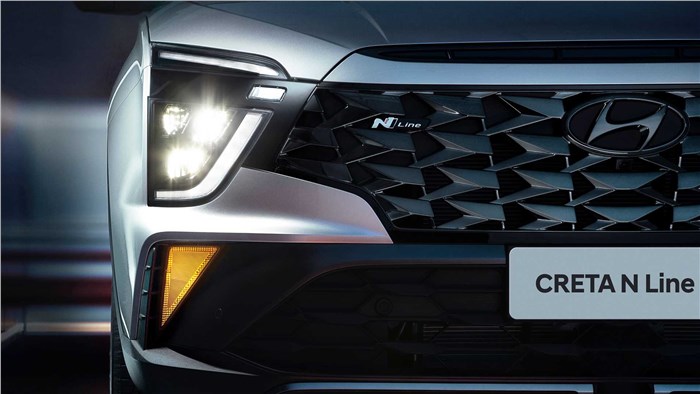 Hyundai has officially revealed the new Creta N Line SUV. The sportier iteration of the popular Creta has been teased over the past few weeks, while pictures of the SUV's close-to-production form had leaked recently.

The Creta N Line gets unique styling touches inside out, along with minor mechanical upgrades as seen on existing Hyundai N Line portfolio globally. The SUV gets a much taller front bumper with a larger air-intake and new triangular fog lamp housings. The grille gets Tucson-like inserts finished in dark chrome treatment. The area between the grille and the headlamps is also finished in dark chrome which makes the grille look wider. A horizontal vent has been positioned above the grille which adds to the Creta N Line's styling. The SUV also gets prominent Hyundai N Line badging on the grille. The full LED headlamps seem to be the same units that are found on the standard Creta.

On the sides, the Creta N Line gets prominent badging on the front fender, all-new 17-inch alloy wheel design, side skirts and darkened bits on the window line.  At the back, the rear bumper is different as well with prominent N Line signature design bits, a faux diffuser and twin exhaust tips.

Moving on to the interior, the Creta N Line gets prominent badging on the seats, red stitching on the upholstery, N Line themed gear knob and steering wheel, among other changes.

Under the hood, the Creta N Line gets a 1.0-litre turbo petrol engine good for 120hp, this engine is the entry-level powerplant in many overseas markets like South America with the other engine option being the 2.0-litre NA petrol. India gets the 1.0-litre petrol engine in the Verna and the i20 and also the Venue (soon due for a facelift), while the 2.0-litre engine sees duty in the Hyundai Alcazar SUV.

The next Hyundai N Line in India is likely to be of the Venue and will see a debut later this month, sources tell us. It's safe to assume that the Creta N Line could also be on the way. The Creta N Line in India would be a direct rival to the likes of the Kia Seltos GT-line and higher variants of other midsize SUVs like the Tata Harrier, MG Hector, among others.

The Hyundai Creta, meanwhile, will soon also see stiff competition from not one but two new midsize SUVs coming this year, built jointly by Toyota and Maruti, with the Toyota version set to be unveiled on July 1, 2022. Besides the Venue facelift that is due next month, Hyundai will also introduce the Tucson SUV and the locally assembled Ioniq 5 EV in India in the coming months.

All show and no go, same powerplants for the Creta and Venue won't cut it with the masses, you need to tweak the 1.4 turbo GDI for a smidgen of better performance to justify the N badge and the bumped up price tag.

All show and no go, same powerplants for the Creta and Venue won't cut it with the masses, you need to tweak the 1.4 turbo GDI for a smidgen of better performance to justify the N badge and the bumped up price tag.