The new midsize SUV will get a full hybrid powertrain and is expected to launch around the festive season. 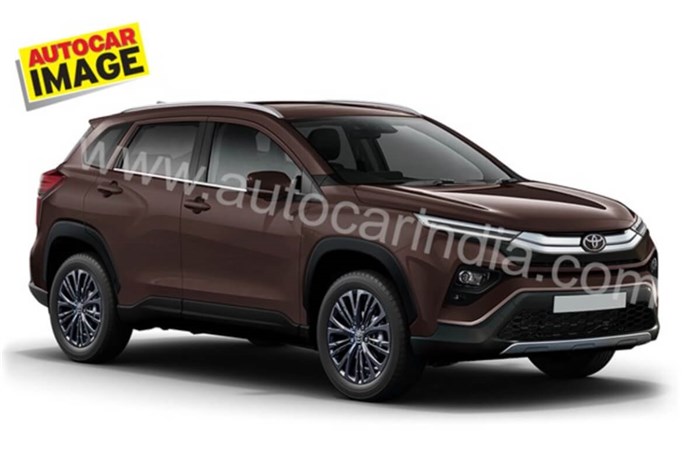 The all-new Toyota midsize SUV (Codename: D22) will see a global debut in India on July 1, 2022.  This new SUV will also spawn a Maruti Suzuki version (Codename YFG) that will see the light of day a little later. The new Toyota D22 SUV will go on sale around the festive season this year.

As reported by us earlier, the Toyota D22 mid-size SUV will be built at Toyota's Bidadi Plant number 2 in Karnataka and will also be supplied to Maruti Suzuki, which will sell it with its own marketing identity via Nexa dealerships. While Toyota will take the wraps off its version of the SUV next month, sources tell us the Maruti's rival to the Creta will be revealed a little later.

Toyota, Maruti midsize SUVs to be built on Toyota platform

While Toyota and Maruti have some products in common – albeit with some changes – that have been on sale for some time, this will be the first instance of a proper joint development project between the two. Both SUVs will be built around a modified and heavily localised version of Toyota’s TNGA-B (or DNGA) modular monocoque platform. They will have other common bits like the engine, full-hybrid technology, and some exterior and interior components, among others. However, they will also have their distinct identity and will have unique front and rear styling.

Toyota will supply the hybrid systems for the SUVs, which are expected to come with two petrol engine options. The lower-spec engine would be a mild-hybrid and the higher variant a full-hybrid, which should also be able to run in full EV mode for a limited distance, like the Toyota Prius and the Camry hybrid. Components for the engine, powertrain and hybrid systems are expected to be heavily localised from the start, in order to keep costs in check. Expect both SUVs to be feature-rich and loaded with tech, including multiple connected car features, a sunroof, head-up display, cruise control, drive modes and the works.

We expect the upcoming Toyota SUV and its Maruti counterpart to provide stiff competition to the Hyundai Creta, Kia Seltos, Volkswagen Taigun, Skoda Kushaq and even to the MG Hector and Tata Harrier. However, it remains to be seen how much Toyota's highly fuel efficient full-hybrid compensates for the lack of a diesel engine in its midsize SUV line-up, which is something the segment leaders have.