Maruti is readying an all-new challenger to take the Hyundai Creta. The SUV will be built by Toyota. 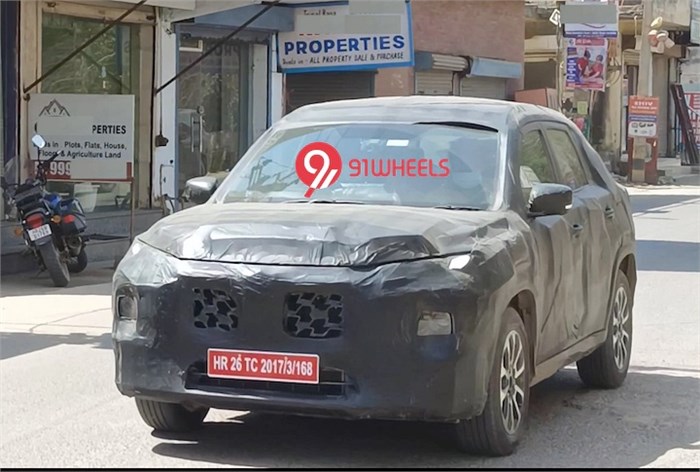 Maruti Suzuki has built a strong presence in the compact SUV segment with the Vitara Brezza.  However, its larger offering – the S-Cross – hasn’t been able to make as much of an impact in the midsize SUV segment.

As we had previously reported, Maruti Suzuki is now developing an all-new model (internally codenamed the YFG) to take the fight to the segment leader – the Hyundai Creta. We have already had a sighting of the new midsize SUV’s first test mules.

Here are all the details that we currently have for the upcoming midsize SUV.

1. It will have a Toyota counterpart

Maruti is co-developing the new midsize SUV with Toyota, and the latter’s version is codenamed the D22. Both offerings will share their powertrains, as well as the platform – Toyota’s lower cost DNGA modular platform. Not to be confused with the premium TNGA platform seen in the Camry and RAV4, the DNGA platform performs duty in a number of models under the Toyota and Daihatsu flags internationally.

Toyota will build the SUVs in its Karnataka plant, and supply the YFG midsize SUV to Maruti Suzuki to be sold via its Nexa dealers.

2. It will have unique styling over Toyota’s SUVs

A serious effort is being made by Maruti Suzuki to distinguish the design of the YFG midsize SUV over that of Toyota’s version. There are a few benefits of doing this as not only will the new SUV better fit into Maruti’s India range due to its aesthetic, but it will also help the SUV have its own identity away from the Toyota sibling (much like the Skoda Kushaq and VW Taigun).

From the test mules, we can tell that the front of the YFG resembles the internationally sold Suzuki A-Cross SUV, which, in turn, shares its underpinnings with the Toyota RAV4. The new SUV for India, however, will be a much smaller vehicle.

As far as styling goes, it sports a split-headlight design and has LED daytime running lamps that look quite similar to the much larger A-Cross sold overseas. The grille also has some visual links to the new Baleno as it has similar mesh design with a larger Maruti Suzuki logo in the middle. In profile, the only discernible styling elements on the test mule are the squared-off wheel arches and diamond-cut alloy wheels.

3. It will come very well equipped

Not much is known about the new YFG’s interior layout and design, but it is expected to be along the lines of what was seen on the new Baleno. We also know that Maruti Suzuki doesn’t want to lose out to its rivals on the equipment front, hence it will come with a lengthy list of features.

4. It will make use of a strong hybrid petrol engine

Powering the Maruti Suzuki YFG will be a ‘strong hybrid’ petrol engine sourced from Toyota. This will be a petrol engine paired to a small battery that will allow the YFG to be run purely on electric power for limited distances, given it has enough charge (much like the set-up seen in the Camry). What this will do is greatly improve the fuel-efficiency of the upcoming Maruti SUV, which – save for its Toyota sibling – will be the only model in the segment to come with this tech.

5. Its launch is slated for just before the festive season

The new Maruti Suzuki midsize SUV is set to reach dealerships just before Diwali. Unlike some of the previous Maruti Suzuki and Toyota derivatives that launch many months apart, the YFG and D22 will be launched in quick succession during the festive season.

Are you looking forward to Maruti Suzuki's new midsize SUV? Let us know in the comments section below.