CNG models have hugely shot up in demand, leading to lengthy waiting periods across most models. 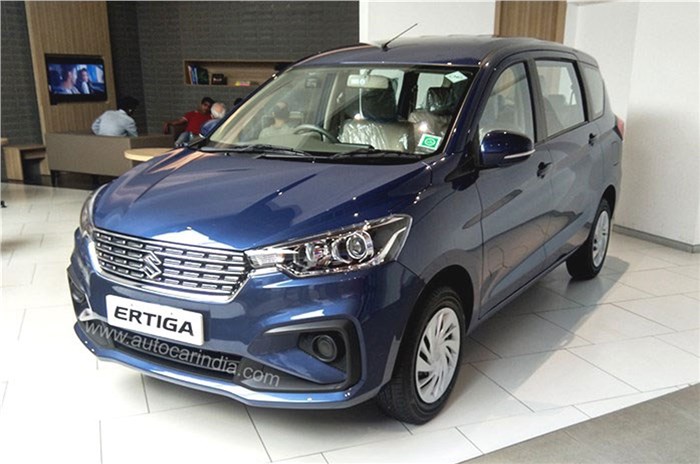 Given the ongoing supply chain-related issues that has hit the automotive industry, lengthy waiting periods have become a fairly common thing, more so for models that are already in high demand. The country’s largest carmaker, Maruti Suzuki, thus has an average waiting period of at least two to three months on most models, particularly its automatic and CNG variants.

With petrol and diesel prices hitting the roof, CNG, of course, has been gaining popularity among car buyers. In December 2021, we had reported that Maruti Suzuki had an order backlog of 1.2 lakh CNG-powered vehicles, and three months since, the situation hasn’t improved much.

Other popular CNG models such as the S-Presso and the Eeco also have an average waiting period of 12-16 weeks. This, of course, is also compounded by a demand-supply mismatch due to the continuing chip shortage.

Similarly, petrol-manual version of the Swift, Dzire and Vitara Brezza have an average waiting period of 10-12 weeks, while their automatic counterparts go up to 12-18 weeks. Even Maruti’s all-new Baleno, which has already raked up over 50,000 bookings, currently has a waiting period of three to four months, depending on variant and stock availability. Besides the huge demand, some of this is obviously down to the supply chain issue.

Upcoming Maruti Suzuki launches: 2022 and beyond

Fuelled by great demand, Maruti Suzuki is now looking to introduce factory-fitted CNG kits on its entire model range, including the Nexa products. Going ahead, there will be CNG variants of the all-new Baleno, Ciaz, Swift and even the Vitara Brezza. Maruti has also lined up mid-life updates for the Ertiga and XL6 MPVs, which, apart from cosmetic changes, will also receive a new 6-speed automatic gearbox in order to meet the upcoming CAFÉ norms.

However, the most important of all upcoming Maruti models is the all-new Creta-rivalling midsize SUV that is being developed in collaboration with Toyota. It was recently spotted testing for the first time on our roads and is expected to go on sale around the festive season this year.

Maruti Suzuki is also readying a new-gen Alto, and which is planned for the end of the year. Lastly, the Jimny is expected to make its way into Maruti Suzuki showrooms sometime next year.

Would you be willing to put up with such lengthy waiting period for Maruti models, or would you look elsewhere? Let us know in the comments below.