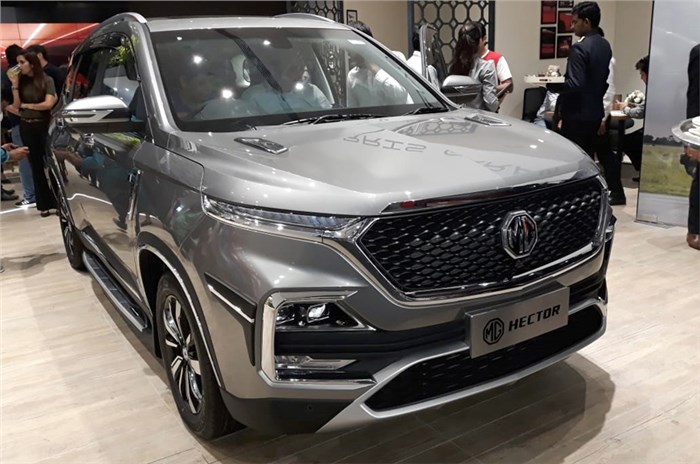 Although the bookings will reopen in late-September, deliveries for the newly booked cars will only begin towards the end of 2019 or in early 2020.

MG Motor India entered the Indian market with the launch of the Hector SUV in June earlier this year. The carmaker had sold over 3,500 units in just two months of the SUV going on sale. Due to this high demand for the Hector, MG had to temporarily suspend bookings for the SUV in July by which time, the carmaker had already received 28,000 bookings via its online portal and at its dealerships across the country. We can now confirm that bookings for the MG Hector will reopen on September 29, 2019, which corroboratesour previous report.

It is worth noting that although the bookings will reopen in late-September, there will still be a substantial waiting period for the SUV and deliveries of the newly booked cars are expected to start only towards the end of this year, or early next year.

The MG Hector is on sale with multiple engine-gearbox options.There's a 143hp, 1.5-litre petrol and a 170hp, 2.0-litre diesel engine. A 48V mild-hybrid variant is also available with the petrol engine, which is claimed to be around 12 percent more efficient than the standard petrol option. Gearbox options comprise of a 6-speed manual and a 6-speed DCT automatic gearbox for the petrol motor, while the petrol-hybrid and diesel engines are only offered with the manual.

In terms of equipment, the Hector is quite well-kitted (especially in top-spec form) as it features a 10.4-inch iSmart touchscreen infotainment system that gets an AI-powered voice assistance, Android Auto and Apple CarPlay, along with other connected car features thanks to its embedded SIM. The top-spec Hector Sharp also gets features like a 360-degree camera, a massive panoramic sunroof, heated ORVMs, rain-sensing wipers, automatic headlights and eight-colour interior mood lighting.

Coming to the rivals, the MG Hector faces stiff competition in our market from the likes of theHyundai Creta,Tata Harrierand the newly launchedKia Seltos, among others. MG is also working on a six-seat version of the Hector, which is slated to come to the Indian market in 2020. The carmaker also officially teased its next offering - the ZS EV ahead of its launch early next year.