MG records sales of 2,018 units for the month of August 2019; gets 11,000 additional customers on wait list, post temporary closure of bookings in July. 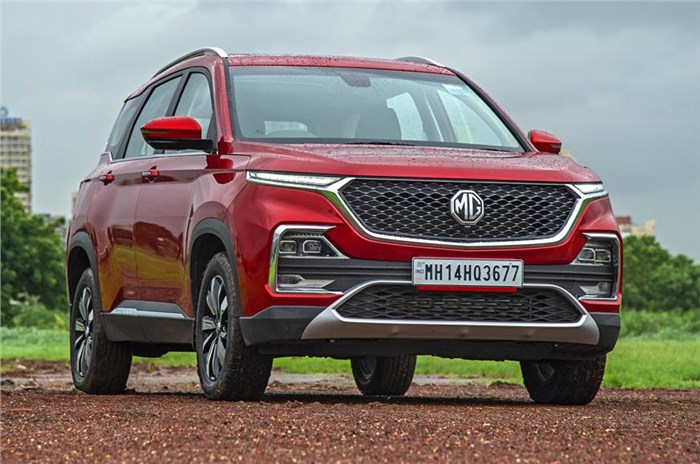 MG Motor India has announced that it has sold 2,018 units of its SUV, the Hector, in India in the month of August 2019. This brings the total sales of the brand’s first model for India to 3,526 units in a two-month period.
The carmaker also revealed that it has registered further interest in the SUV from prospective customers, with over 11,000 additional customers having been put on a priority wait list post the temporary closure of bookings in July. The carmaker had previously announced a temporary halt to bookings to focus on the 28,000 units already booked back in July this year.
Speaking on the occasion, Gaurav Gupta, chief commercial officer, MG Motor India, said, “We are extremely overwhelmed with the response that the MG Hector has received. We remain strongly focused on fulfilling the 28,000 bookings, as part of our commitment to ensure customer satisfaction. The strong momentum for the Hector has continued with over 11,000 additional customers registered on our priority wait list, after bookings were temporarily halted in July this year because of the huge response.”
The carmaker has also said that it will take the decision to re-open bookings later this year, with the brand set to ramp up production of its SUV at its Halol plant to 3,000 units per month in a bid to meet demand.
As mentioned above, the Hector is MG’s debut model for the Indian market. The SUV, a rival to the likes of the Kia Seltos, Tata Harrier, Hyundai Creta, Renault Kaptur and Nissan Kicks, is available in a choice of four trim levels and with a choice of three engine options – petrol, petrol-hybrid or diesel.
The carmaker has also been focusing on introducing its first EV for the India market, the ZS EV. Initially slated to launch in end-2019, the carmaker recently said that it will announce prices for its EV early next year. The ZS EV is touted to be launched across five cities initially, with MG focusing on locally assembling the electric SUV to keep prices down.
Also read:
Click here for MG Hector prices, details, reviews, images and videos
MG Hector petrol-automatic review
MG Hector accessory price list revealed
MG India's new rewards initiative awards customers waiting for the Hector