MG Motor India is hoping to reopen bookings of the SUV ahead of the festive season. 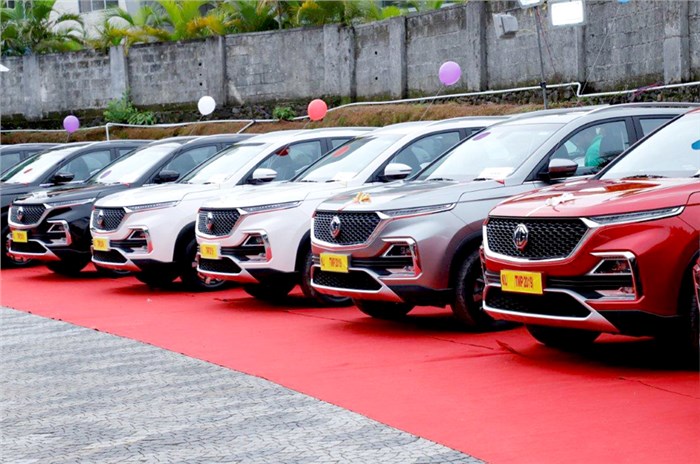 MG Motor India should be quite happy with the Hector’s sales performance, having already sold over 3,500 units in just two months after its launch. The carmaker temporarily suspended bookings for the Hector SUV on July 18 due to overwhelming demand. MG dealers across the nation recorded bookings for 28,000 units of the SUV and the carmaker had said that it would concentrate on delivering those and ramping up production at its Halol plant to 3,000 units per month by October. The latter bit has been underlined by the fact that the 5,000th Hector has rolled off the production line.

Company insiders have hinted that MG will reopen bookings for the Hector in October in the run-up to the festive season. However, even though bookings may reopen, the wait for delivery is likely to be a long one. Waiting periods for certain variants were already at 6-7 months at the time of bookings being closed, so those who book the Hector this October may have to wait until next year for delivery.

What will be interesting to see is if MG will use this opportunity to hike prices. The carmaker had categorically termed the Hector’s launch price – ranging from Rs 12.18 lakh to Rs 16.88 lakh – as introductory.

A key rival (on price and features, if not outright size) of the MG Hector is the recently launched Kia Seltos, which has also been racking up the sales numbers – Kia Motors India sold 6,200 units of the Seltos in August.