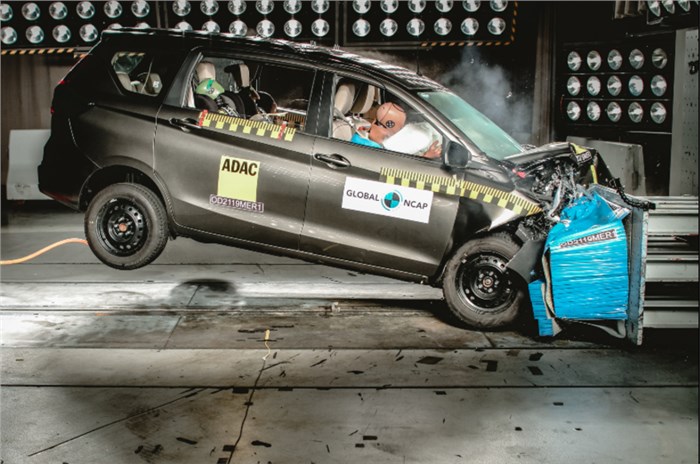 Global NCAP noted that the MPV offered good protection to the driver and passenger’s head but the protection for the driver’s chest was marginal. Protection for the front passenger’s chest was rated good but the test did find that the seatbelt pre-tensioner failed to work properly. Global NCAP also observed that the footwell was unstable and the movement of the pedals posed a risk to the lower part of the driver’s legs. The Ertiga’s body structure was rated as borderline unstable and not able to withstand further loading.

In terms of child occupant protection, the Maruti Ertiga did reasonably well and offered good protection to the 3-year-old dummy. However, head and chest protection was poor for the 18-month-old dummy. The manufacturer-recommended, forward-facing position for the 18-month dummy’s child restraint system, rather than the widely accepted rearward facing position, was also a point of contention. Global NCAP did reveal disappointment over the lack of a three-point seatbelt for the second row’s middle seat. 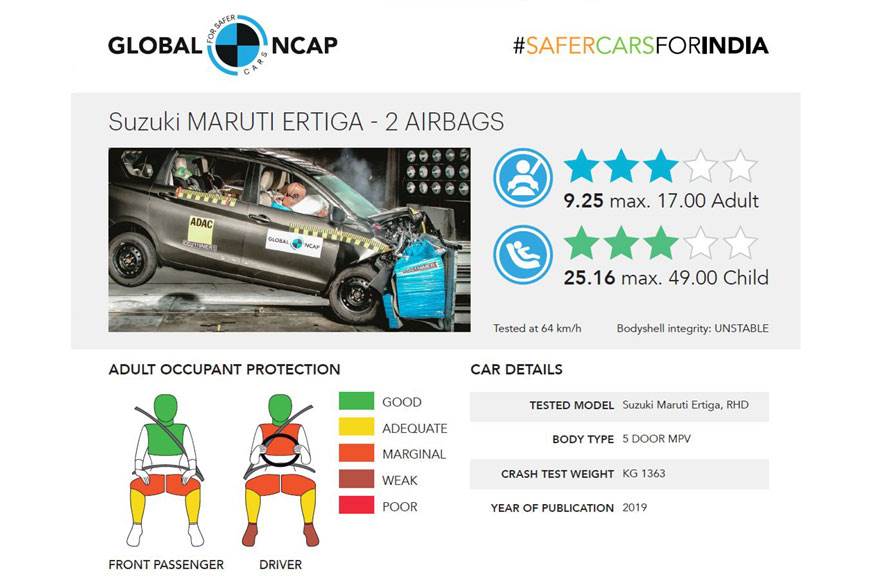 Speaking on the results, Global NCAP CEO and President David Ward said that the Maruti Ertiga MPV achieved a “creditable three stars for both adult and child occupant protection,” but also noted that “more can and should be done to improve overall protection levels for cars sold in the market.”

It’s worth mentioning that the second-gen Maruti Suzuki Ertiga, launched in 2018, complies with India’s latest crash-test regulations. Of the Ertiga’s rivals, the Mahindra Marazzo was rated four stars while the Renault Lodgy was given a zero-star rating last year.