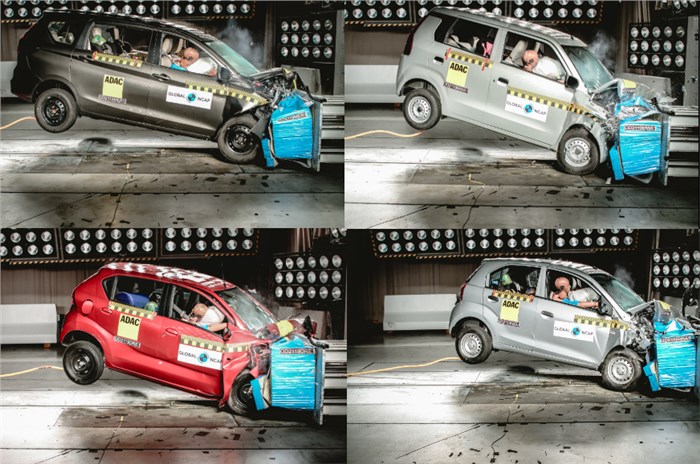 Global NCAP has released the results of the latest round of crash tests conducted under its #SaferCarsForIndia campaign. The Maruti Suzuki Wagon R and Ertiga, Hyundai Santro and Datsun Redigo are the latest cars to be tested. Sadly, none of the cars in question received a 5-star rating meaning the Tata Nexon remains the only Indian car to achieve the top score. Interestingly, these are the first tests to be conducted after ABS, seat-belt reminders, speed alarms and a driver’s side airbag have been made mandatory in India. 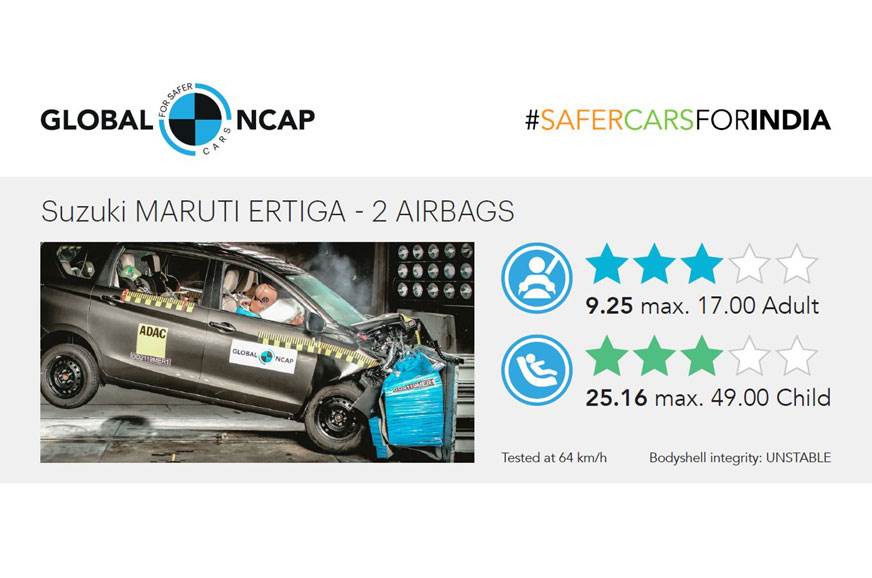 The Maruti Ertiga was the best of the performers in the latest round of crash tests, having been rated three stars on adult protection. The MPV’s bodyshell was rated borderline unstable, with the footwell region rated unstable, exposing front-seat occupants to foot injuries. Head and neck protection was good, though the driver's chest protection was marginal. The Ertiga got a 3-star rating for child protection. Maruti's MPV comes with standard-fit Isofix mounts in the middle row. The test found the car to have good protection for the three-year-old dummy. However, head and chest protection was poor for the 18-month-old dummy. The manufacturer-recommended a forward-facing position for the 18-month dummy’s child-restraint system, as opposed to the wider-accepted rearward-facing position, which was also a point of contention. 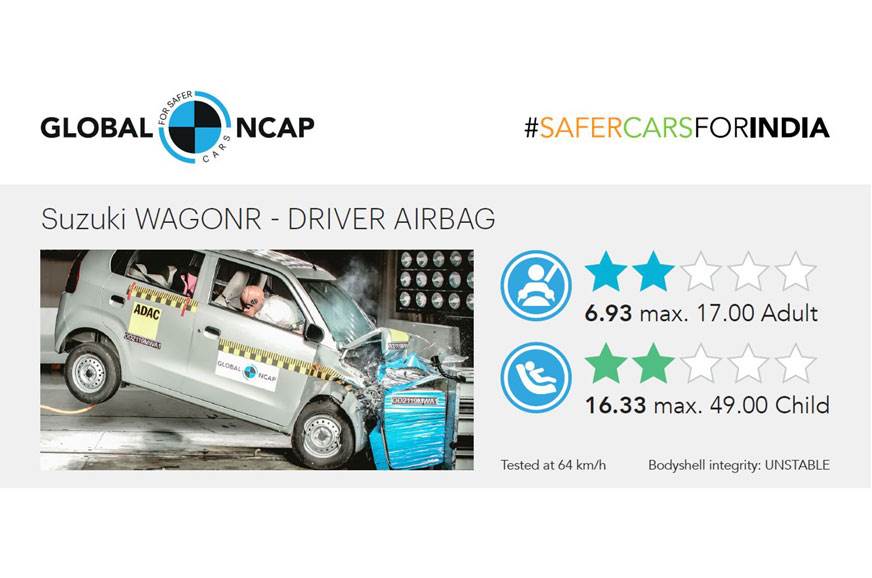 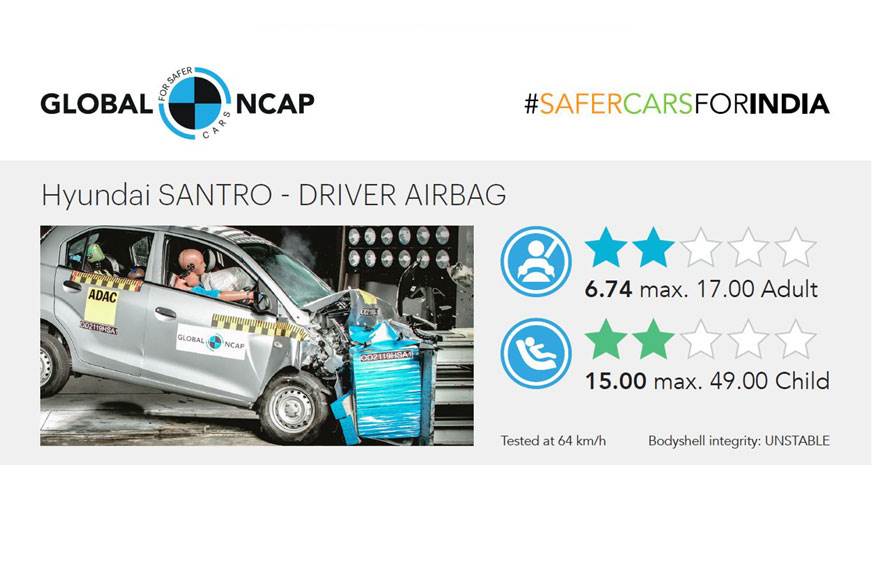 The new Hyundai Santro got a 2-star rating for adult protection. The Hyundai’s body structure and footwell were rated unstable. While head and neck protection for the front adult occupants was good, chest protection was found to be weak for the driver and marginal for the co-passenger. The Santro was rated two stars for child protection. Curiously, Hyundai does not have a recommended child-restraint system and this is part of the reason for the Santro’s poor showing in this area. The child seat for the three-year-old dummy showed excessive movement on impact, though the rearward-positioned child seat for the 18-month-old dummy provided adequate protection. 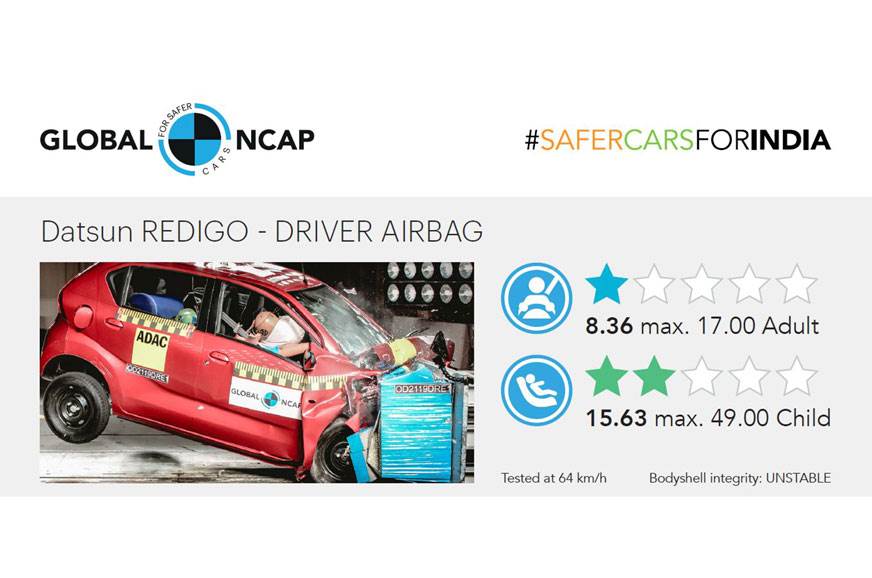 The Datsun Redigo was rated just one star for adult protection. Global NCAP found the body shell and footwell unstable. Head and neck protection for the front seat adult occupants was satisfactory; however, the poor driver’s chest protection limited the Redigo’s rating to one star. Interestingly, the Redigo was the only car to not feature a seat-belt reminder. Since the test, the Redigo has been updated with the safety kit and a major update (coming in March 2020) will be accompanied with structural revisions too. In terms of child protection, the Redigo got a 2-star rating. The static reel seat belts at the back were unable to restrict child-seat movement upon impact, exposing both, the three-year-old and the 18-month-old dummy’s heads.