Maruti has accomplished this feat in under 6 years of the model’s original launch. 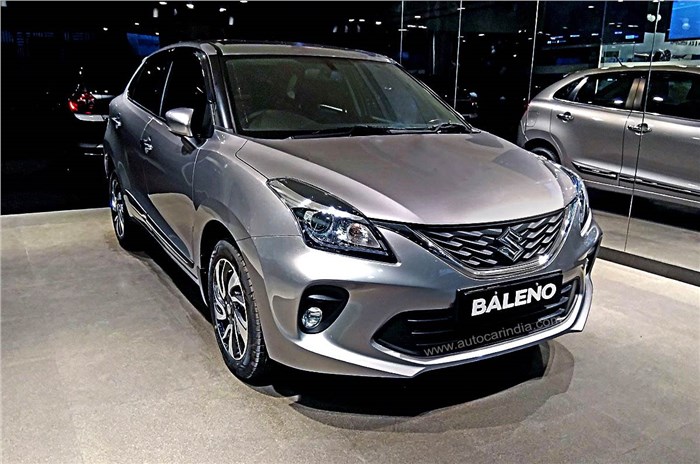 The Maruti Suzuki Baleno premium hatchback, which is sold exclusively from the carmaker’s Nexa showrooms, has driven past the 9,00,000-units sales milestone in the domestic market. Launched in October 2015, the Baleno has, till end-March 2021, clocked cumulative sales of 9,12,169 units.

En route to the 9,00,000-units milestone, the snazzy Baleno has consistently set new benchmarks: it was the fastest among premium hatchbacks in India to reach the 6,00,000 unit milestone – in 44 months. While it zipped past the 7 lakh unit mark in 51 months, the 8,00,000 sales landmark was surpassed 10 months later and now the 9 lakh mark in 66 months since its launch.

The Baleno is a match-winner for Maruti Suzuki, racing ahead of the competition. As per Autocar Professional’s India sales and data analytics, a total of 9,12,169 units have been sold over 66 months. This comprises of 8,08,303 petrol variants and 1,03,866 diesel trims (the model is no longer available with diesel engine option). Do the math and it works out to a monthly sales average of 13,820 units since launch.

Of the six fiscal years that it has been present, the Baleno has registered year-on-year growth in all but the last two. FY2020 with its prolonged depressed market conditions impacted sales, keeping them down to 1,80,413 units, down 15 percent YoY. And in the Covid-impacted FY2021, it sold 1,63,445 units, down 9 percent YoY. But what is admirable about the performance is that these numbers have been achieved in a very difficult market environment, and that too without a diesel option.

Given that the Baleno is currently averaging monthly sales of over 20,000 units, expect it to zip past the 10,00,000 or million-units mark this August before the current-generation model retires to make way for the brand-new model from the company.

The Baleno is Maruti Suzuki’s largest hatchback and available with a choice of either a 1.2-litre petrol or mild-hybrid petrol engine option. A five-speed manual gearbox comes as standard fitment, though a petrol-CVT automatic gearbox combo is an option too.

In addition to an exterior and equipment upgrade in January 2019, the Maruti Suzuki Baleno was also among the first movers in the company’s line-up to switch its 1.2-litre petrol powertrain to meet BS6 standards much earlier before the April 2020 deadline.

This premium hatchback currently competes with the  Hyundai i20, Honda Jazz , Volkswagen Polo, and Tata Altroz. Though now, thanks to their competitive pricing, the Nissan Magnite and Renault Kiger also offer competition.