The Baleno has achieved the sales milestone in 51 months; cumulative sales stand at 7,20,733 units as of end-January 2020. 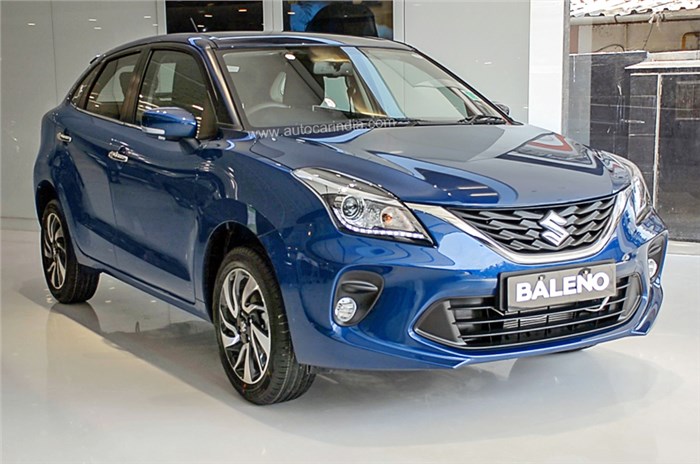 The Baleno was the fastest premium hatchback to reach the 6,00,000 unit milestone in the country and it looks like it is the first to surpass the 7,00,000 unit mark too. The Baleno, which retails from over 360 Nexa showrooms in more than 200 cities and towns across India, rivals the likes of the Tata Altroz, Hyundai i20 and the Honda Jazz.

Sales impacted by slowdown in FY2020

Look at the Baleno's India sales statistics and you can see that it has been a match-winner for Maruti Suzuki. With a total of 7,20,733 units sold over 52 months , Baleno sales have averaged 13,860 units every month since launch.

For the past five fiscal years, the Baleno has consistently registered year-on-year growth but the prolonged depressed market condition has impacted its sales in the ongoing fiscal. In the April 2019 to January 2020 period, the hatchback has sold a total of 1,52,422 units, down 14 percent (April 2018-January 2019: 177,122).

Look at the pace at which the Baleno clocked its milestones and it's apparent India took to this hatchback with vigour. The drive from 2,00,000 to 6,00,000 units saw the Baleno notch each 1,00,000 unit sales milestone with aplomb, taking barely six months each time. It is only in the ongoing fiscal year that the run to add 1,00,000 units (to the 7,00,000 unit milestone) has taken seven months. Blame that on the market downturn and poor consumer sentiment.

Nonetheless, it looks like demand is revving up again. In the past few months, Baleno sales have seen a marked rise. In January 2020, the car recorded its best monthly sales during the April 2019-January 2020 period with 20,485 units or 660 units each day, beating December 2019's 18,464 units. Not surprisingly, it was the second-bestselling passenger vehicle in India in January, just 1,921 units behind the Maruti Dzire.

Meanwhile, with just over a month left for mandatory BS6 regulations to kick in, Maruti Suzuki has pulled the plug on the Baleno RS. The souped-up hatchback has been discontinued in its BS4 avatar and owing to limited success, the model is unlikely to see a BS6 upgrade. The 75hp, 1.3-litre diesel engine on the Baleno is also slated to get axed from the line-up in the near future, following Maruti Suzuki’s decision to exit the diesel market completely. That will leave the premium hatch with just the pair of 1.2-litre petrol engines that have been BS6-compliant since April last year.