Beefy-looking variant of the Maruti Ertiga MPV is in the works for an India launch; likely to be sold via the premium Nexa outlets. 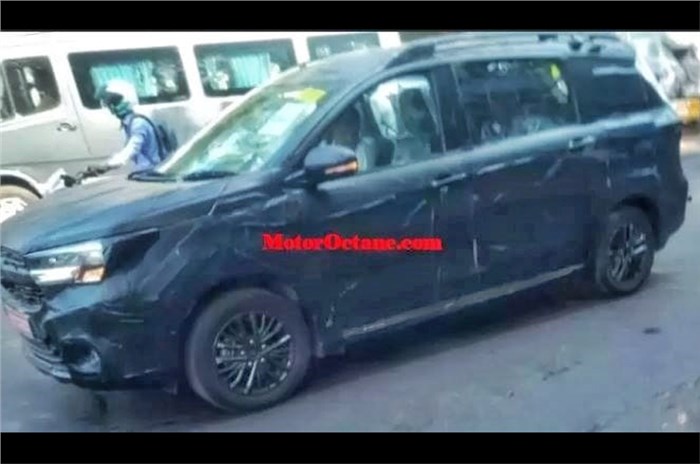 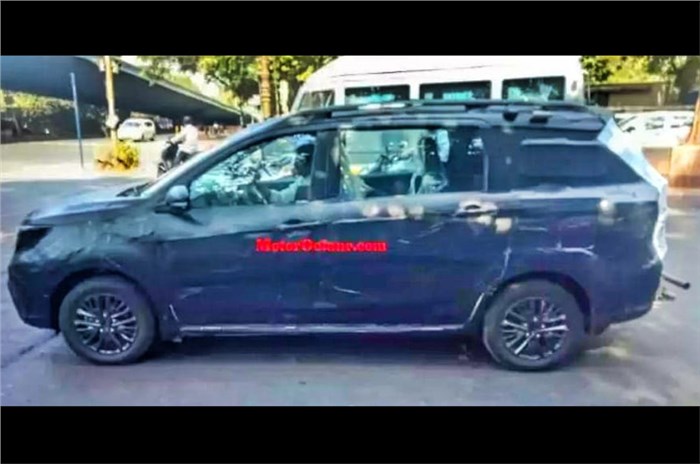 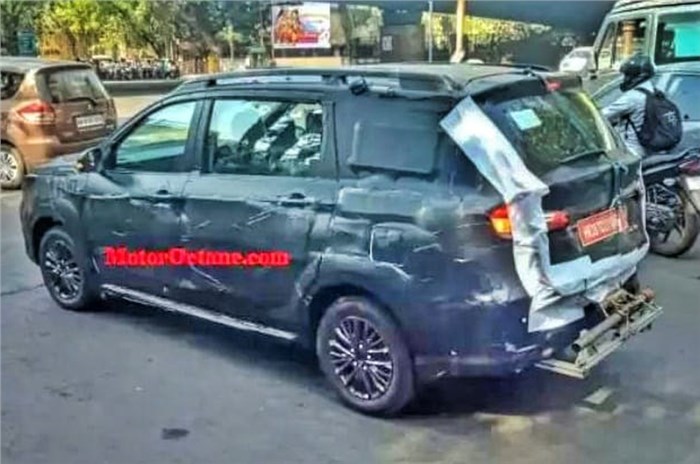 The second-gen Maruti Suzuki Ertiga has been well accepted as family transport in India. Now it seems like Maruti is working on a more flavourful version of the popular MPV. Spied testing in Pune for the very first time, the model appears to be a rugged derivative of the Ertiga, and could just be the Ertiga Cross for India.

While a closer look reveals that this new crossover shares most of its body panels with the Ertiga, the test mule sports an upright nose, a much larger grille with thick chrome and Ciaz-like headlamps along with LED daytime running lamps.  Additionally, it gets a new front bumper with a large air intake, more cladding that runs from the front to the rear of the crossover’s body and ground clearance also seems to have increased.

Although the images do not reveal many interior details, this premium alternative to the standard MPV is could get an all-black cabin (like the one seen on the Ertiga Black Edition). In addition, we had reported previously that there’s an upmarket six-seat Ertiga on its way to India, and the spy shot also shows captain seats for the second row.

Besides the heavy camouflage, the spied model is also fitted with emission testing gear, suggesting there is a BS6-compliant version of the K15B petrol engine under the hood.

While the model is still in development, it’s safe to speculate this version will sit above the standard Ertiga in the Maruti range. The model could also be positioned as an upmarket alternative to the regular Ertiga and could be retailed via Maruti’s Nexa retail network rather than the Arena outlets.