Slated to be showcased at the upcoming Auto Expo, the electric SUV will be powered by a 40kWh battery pack that’s capable of delivering a high range. 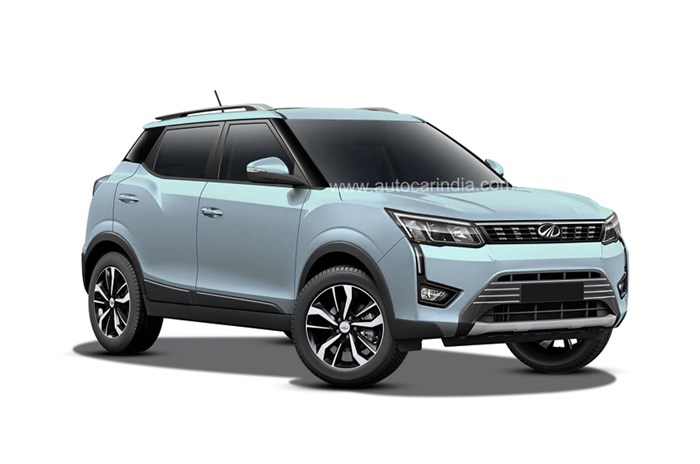 We have been reporting for a while now that Mahindra is developing an all-electric version of the conventionally-powered XUV300 for our market and, at a recent event, the automaker further revealed the expected timeline for the electric sub-four-metre SUV to arrive at the company’s dealerships. Dr Pawan Goenka, managing director, Mahindra & Mahindra, confirmed that the XUV300 EV will be launched in calendar year 2021 and will also be showcased at the upcoming Auto Expo.

While Mahindra is doubling down on electric vehicles in the shared mobility space, Dr Goenka stated that the electric XUV300 will be a high-range vehicle aimed at the personal use segment, especially compared to other products from the automaker's electric vehicle division that are more geared towards shared mobility.

As we have previously reported, the Mahindra will likely be powered by a near-130hp electric motor driving the front wheels. Energy will be provided by a 40kWh battery pack capable of delivering a range of above 300km on a single charge. However, this configuration might just be the high-performance version of the powertrain. In the past, Dr Pawan Goenka has said that there might be two battery packs on offer.

Code-named S210, the eXUV300 will support AC, as well as DC fast-charging capabilities. It will be the first product with battery cells developed exclusively for India applications by LG Chem, a Korean battery manufacturer that has been collaborating with Mahindra in the field of advanced lithium-ion battery technology.

Though it will be a while before the exact prices are revealed in the public domain, one thing is for sure – the e-SUV won’t come cheap. Its healthy specifications and the company’s focus on the private segment, which is not covered under the Indian government’s FAME 2 (Faster Adoption and Manufacturing of Electric vehicles) subsidies, will keep its prices on the higher side.

For reference, the Tata Nexon EV, which is also target at private buyers and is slated to go on sale in the coming days, is expected to be priced at Rs 15-17 lakh (ex-showroom). A direct competitor to the upcoming XUV300 EV, the Nexon EV was recently revealed with a 129hp motor and a 30.2kWh battery pack capable of delivering a claimed range of over 300km.

Given its specifications, Mahindra’s e-SUV will also compete with the more expensive Hyundai Kona Electric and the MG ZS EV. It will be interesting to see how the automaker positions the EV vis-à-vis the conventionally powered XUV300 that currently carries a sticker price of Rs 8.10-12.69 lakh (ex-showroom, India).