Launch of the three-row version of Mahindra's XUV300 is still some time away; will be sold globally. 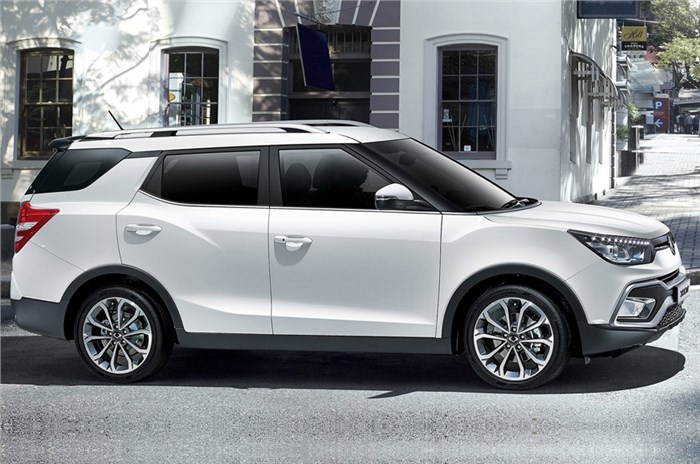 Mahindra is gearing up to introduce a seven-seat version of the XUV300 compact SUV. The company has revealed details about this new model, codenamed S204, to the European media. The Mahindra S204 SUV will share its underpinnings with the XUV300, which went on sale in India in February 2019.

For those who don’t know, the Mahindra XUV300 is actually based on the popular SsangYong Tivoli SUV, sold abroad.  However, the XUV300 is a sub-four-metre version of the Tivoli, which was designed specifically for India in order to duck the excise duty on vehicles longer than four-metres. Along with chopping the length, the brand also gave the SUV unique body panels and styling in addition to different engine options.

The upcoming Mahindra S204, however, will be a four-metre-plus vehicle, since additional length will be needed in order to accommodate three rows of seats. The Tivoli SUV, sold abroad, is a five-seat model but is available in two lengths – a “shorter” 4,195mm version and a “slightly longer” 4,440mm variant, called the Tivoli XLV, which gets more boot space.

For the seven-seat S204, Mahindra will use the Tivoli XLV’s base and give it XUV300-like styling, along a three-row seating layout. Mahindra is expected to give the SUV slightly different front styling to differentiate it from the cheaper XUV300.

Under the hood, the new Mahindra S204 is expected to come with a 1.5-litre four-cylinder turbo-petrol engine in international markets. For India, the model could share the XUV300’s petrol and diesel engines.

There is no news on an expected launch date for the seven-seat S204 SUV in India as of now. However, it would be safe to expect Mahindra to introduce it to the Indian market sometime in the second half of next year. The S2014 will be introduced in select European markets a little later.