The updated 7-seat SUV packs in a host of cosmetic and mechanical upgrades for the 2021 model year. 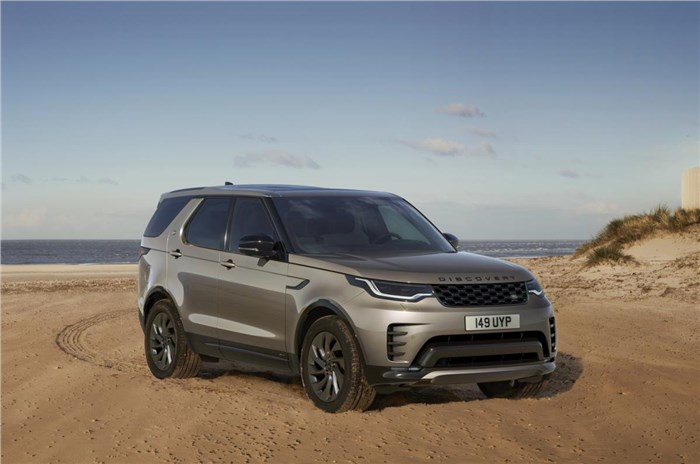 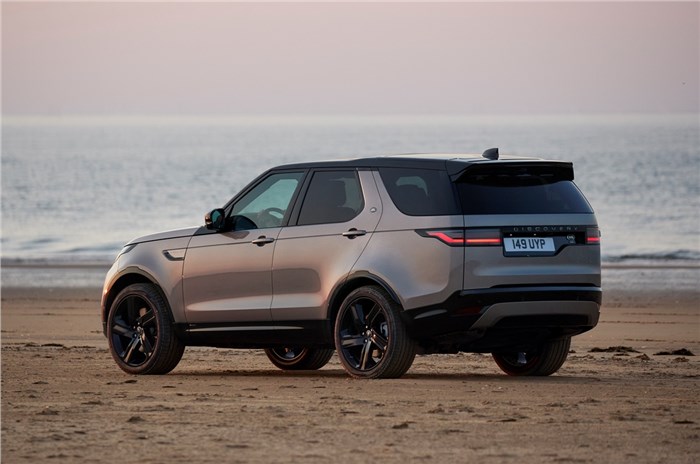 The Land Rover Discovery has been updated for the 2021 model year. The British marque has taken the covers off the facelift to the fifth-gen model, which originally made its debut back in late-2016. Featuring a refreshed design, new tech and a set of hybridised powertrains, the updated Discovery aims to further the versatile character of the full-size, 7-seat SUV. Here's a closer look at all that's new.

With the 2021 Discovery, Land Rover has largely maintained the design of the outgoing model, though the styling has been spruced up in many places. The front fascia has been restyled to bring it in line with the latest iteration of the Discovery Sport. Chief amongst the changes up front are the restyled grille and headlamps that now feature the LED Matrix tech on higher variants.

At the back, the asymmetrical profile of the tailgate has been carried over, though the design has been enhanced with a pair of reworked tail-lamps that sport bolder LED elements. Another cool touch is the provision of sweeping, directional turn indicators. Folks with a keener eye will notice that the 'Discovery' badge has been shifted from the body panel to the new black trim interconnecting the tail-lights. Moving lower down, the rear bumper has been reshaped as well.

The updated Discovery also gets a new R-Dynamic trim line that provides a gloss-black treatment to numerous trim elements, including the grille, bumper and body cladding, alloy wheels, wing mirrors and the roof. R-Dynamic models can also be identified by the unique, triple slats in the side air curtains of the front bumper.

As with the exterior, changes on the inside too are largely evolutionary. The Discovery's cabin retains its basic layout, with a raft of upgrades imparting it a new-age look. Taking pride of place on the dashboard is the tablet-style 11.4-inch touch display. Dubbed the Pivi Pro, the new infotainment system has been borrowed from the recent crop of JLR models and is said to be far more intuitive to operate than the 10-inch Touch Pro display it replaces. 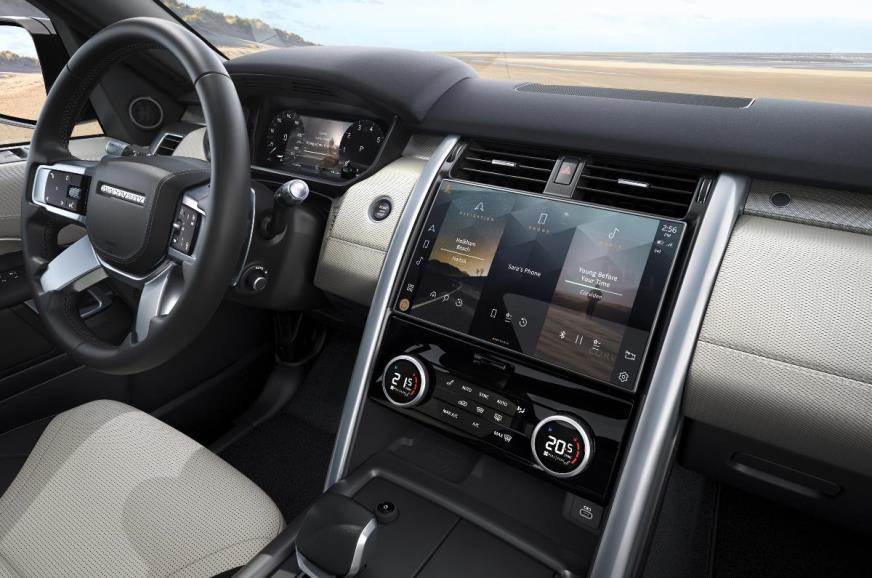 The air-con panel has been restyled with new touch controls. Further down, the rotary gear knob from the previous Discovery has made way for a more conventional setup, with a stubby gear selector. Also new is the chunky, four-spoke steering that is inspired from the one in the reborn Defender.

The set of improvements isn’t merely aesthetic, with Land Rover focusing on passenger comfort as well. The company says that the second-row seats now provide better lateral and thigh support, and that the rear AC vents have been relocated from the B-pillars to the central console in the interest of better ventilation. As a first, customers even have the option to spec the cabin with non-leather upholstery that uses a recycled polyester microfiber.

The facelifted SUV is said to use Land Rover’s new Electronic Vehicle Architecture (EVA 2.0) that brings in a suite of advanced technologies. Some of the notable features include over-the-air (OTA) updates, connected car tech, PM2.5 cabin air filtration and the company’s “ClearSight Ground View” system that uses forward-facing cameras to provide a view of the ground beneath the front of the vehicle – something that would surely be useful while negotiating off-road trails. 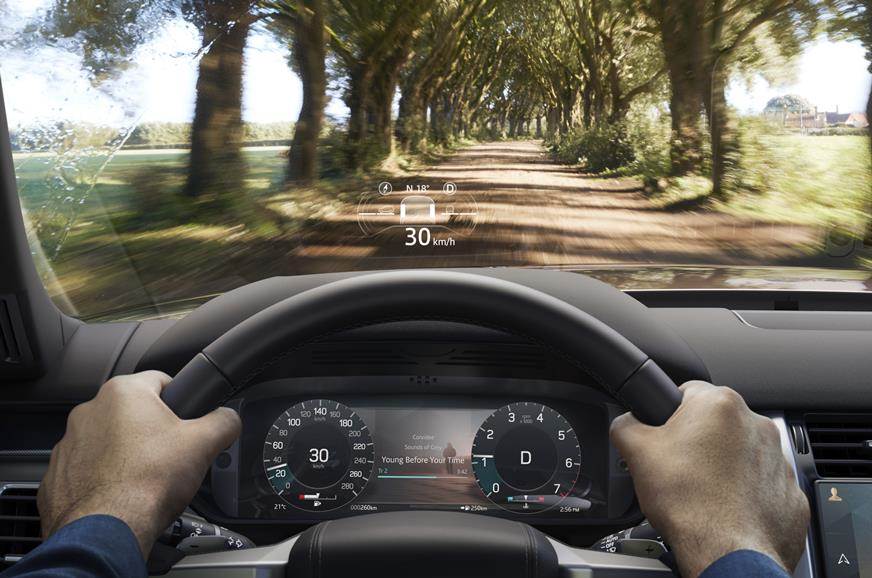 The Land Rover SUV continues to be underpinned by an aluminium monocoque structure and there are no changes in dimensions either. Rim sizes range from 19-inches to 22-inches. The Discovery still packs in adaptive dampers, standard air suspension and Terrain Response 2 traction modes, though the company says that the “new Intelligent All-Wheel Drive system” improves drivability.

The updated Discovery will be available in international markets in the S, SE and HSE trim levels, along with the sporty R-Dynamic pack.

Land Rover has significantly overhauled the powertrain line-up of the 2021 Discovery. While the outgoing model featured a range of 2.0-litre, four-cylinder and 3.0-litre V6 petrol and diesel engines, the updated SUV packs in the latest generation of JLR's Ingenium powertrains, with an increased focus on hybridisation.

An 8-speed torque converter automatic gearbox and all-wheel-drive system are standard across the range.

Land Rover India currently offers the pre-facelift Discovery in a price range of Rs 75.59-87.99 lakh (ex-showroom, India). Though the SUV was earlier available with a wider gamut of petrol and diesel powertrains, the line-up has since been reduced to just the 2.0-litre petrol. Expect the updated Discovery to make its India debut next year.

The British automaker recently announced prices of the 2021 model year Range Rover and Range Rover Sport for our market. The company also introduced the five-door Defender 110 last month, and expects to follow it up with deliveries of the three-door Defender 90 next year. 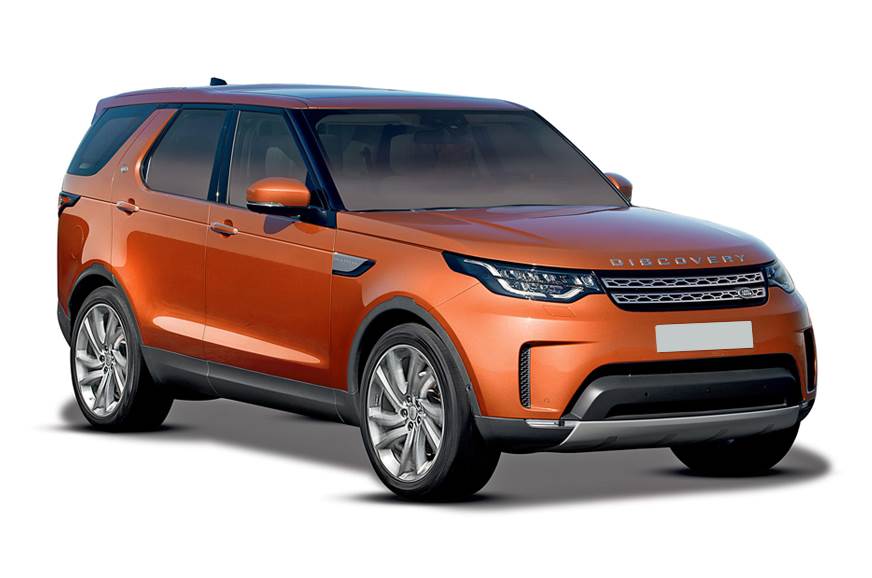 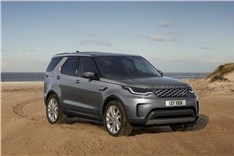 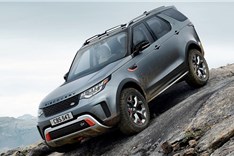