The new Defender can be specced with multiple optional extras and accessory packs; rivals the Jeep Wrangler. 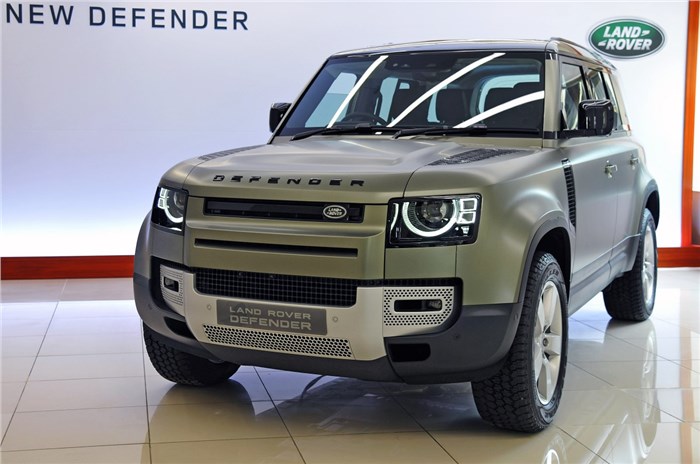 The Land Rover Defender has been launched in India, priced from Rs 73.69 lakh. Offered in 5 trim levels, the new Defender will initially be available only in its 5-door 110 guise, with the 3-door 90 to follow soon. We got a chance to get up close and personal with the iconic 4x4, ahead of its launch. Read on for a detailed first look of the new Land Rover Defender 110.

In terms of design, the new-generation Defender has evolved from the utilitarian roots of its predecessor and now has a sophisticated yet rugged appeal. There are plenty of nods to the earlier Defender including its upright stance, the short front and rear overhangs and the squared-off wheel arches. The squarish headlight and taillight arrangements of the new Defender are also reminiscent of the original. Additionally, there’s a square panel that sits behind the C-pillar where buyers can spec a lockable storage box. The roof-mounted antenna houses a rear-view camera which relays the feed to the ‘ClearSight’ interior rear- view mirror – a neat trick. Another unique touch is the Alpine light windows in the roof above the C-pillar, that gives passengers a great view of the scenery outside. 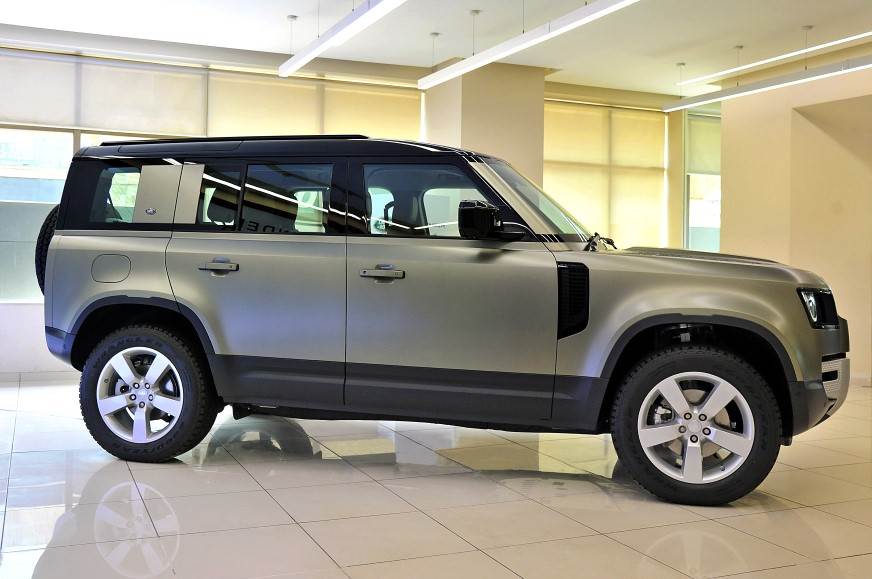 To emphasise its rugged and hardy nature, Land Rover’s design team has left many of the fixtures and fittings, – from the door handles to door bolts on the interior,  – visible. They also opted for details such as an inset bonnet with footboard-like trim on it, a side-hinged boot and a tailgate-mounted spare wheel. The India-spec Defender won’t be offered with the full range of wheel designs as the international model. However, there will be wheels ranging from 18 to 20-inches on offer along with the white steel rims. 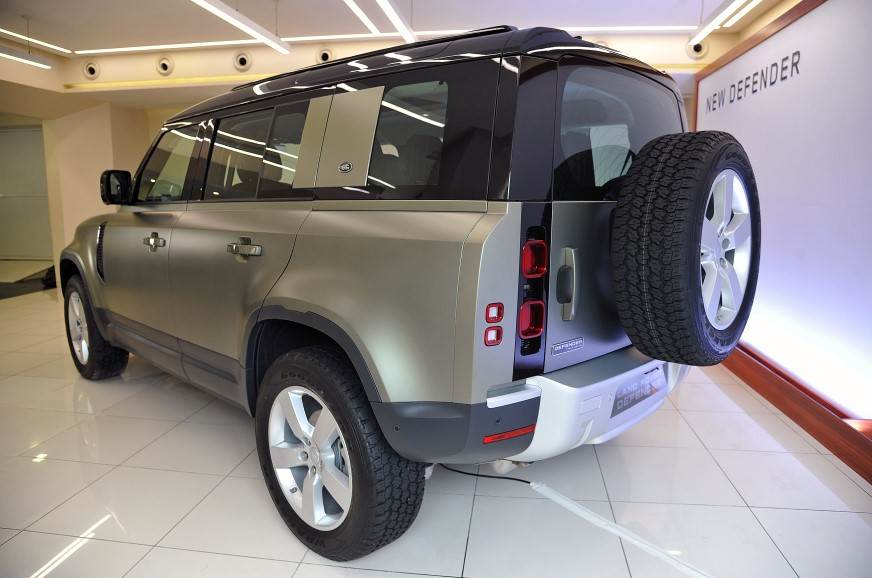 With this new Defender, Land Rover decided to switch to monocoque construction instead of the older model’s ladder-frame chassis. The company says that in addition to being capable off-road, the monocoque construction also helps the Defender be pliant and agile on-road as an everyday car. Dimensions-wise, the Land Rover Defender 110 is massive and measures 5,018mm in length, 2,008mm in width, 1,967mm in height and has a 3,022mm-long wheelbase. Where the Defender 90 is a 5-seater only, the 5-door 110 can be had as a 5+2 seater. 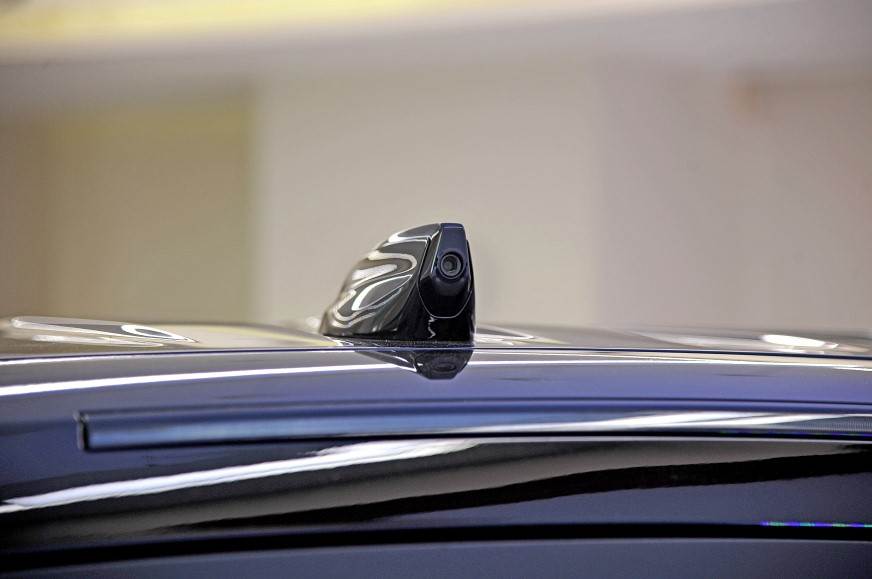 Inside, the new Defender gets a flat-top dashboard, with a 10-inch touchscreen taking centre stage. The high-resolution touchscreen is slick in its operation and gets JLR’s latest Pivi Pro infotainment system. Land Rover has also decided to mount the panel that houses the gearlever, AC controls and the off-road settings onto the dashboard itself, freeing up a lot of space in the centre for storage. In fact, Defenders in India can also be optioned with a central ‘jump’ seat up front, as found on the earliest Land-Rovers. The Defender comes with grained leather and woven textile seats and rubber mats that are easy to wash if they get dirty off-road. The quality of the materials and the fit-and-finish of the cabin are top-notch. 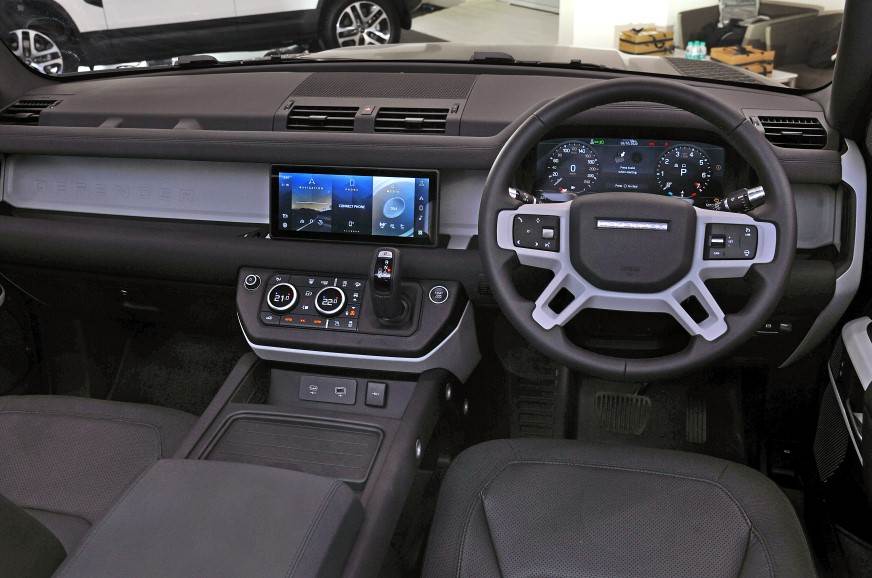 It takes some effort to hoist yourself into the Defender’s cabin but, that process is aided by the grab handles that are present front and back. Up front, the seats are large and supportive and offer a great view out of the cabin. At the back, you do tend to sit a bit knees-up thanks to the high-set seats but, its spacious and there’s a lot of headroom and kneeroom even for six-footers. The third row in the Defender 110 meanwhile, is very tight on space and is best reserved for kids or luggage. 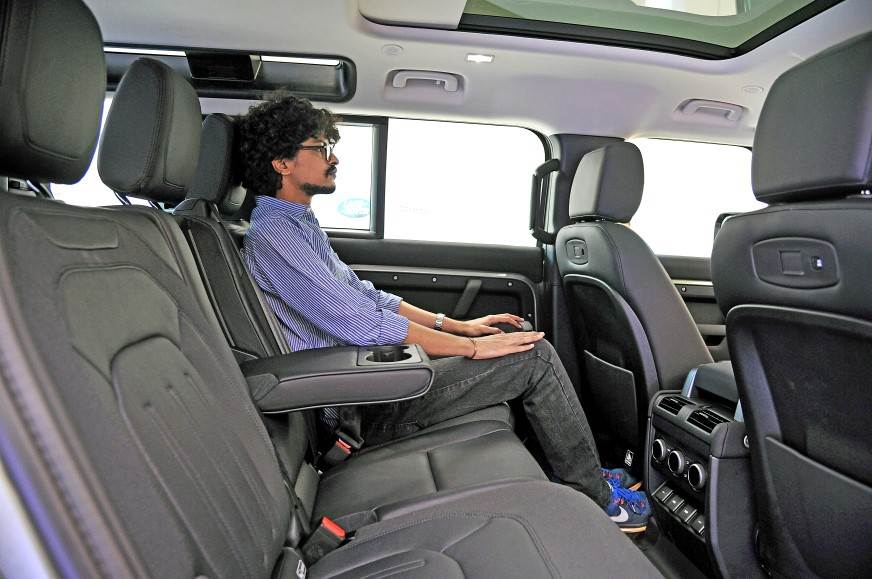 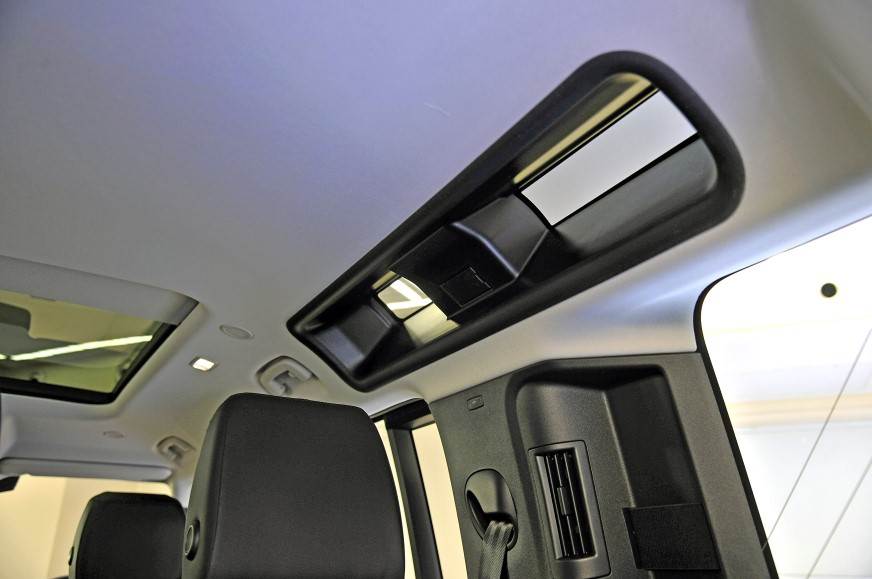 The Land Rover Defender in India is powered by a 2.0-litre four-cylinder petrol engine from JLR’s Ingenium family. Maximum power and torque are rated at 300hp and 400Nm respectively, which is enough to propel the Defender 110 from 0-100kph in a claimed 8.1sec. An 8-speed automatic gearbox and air suspension is standard on the 110. 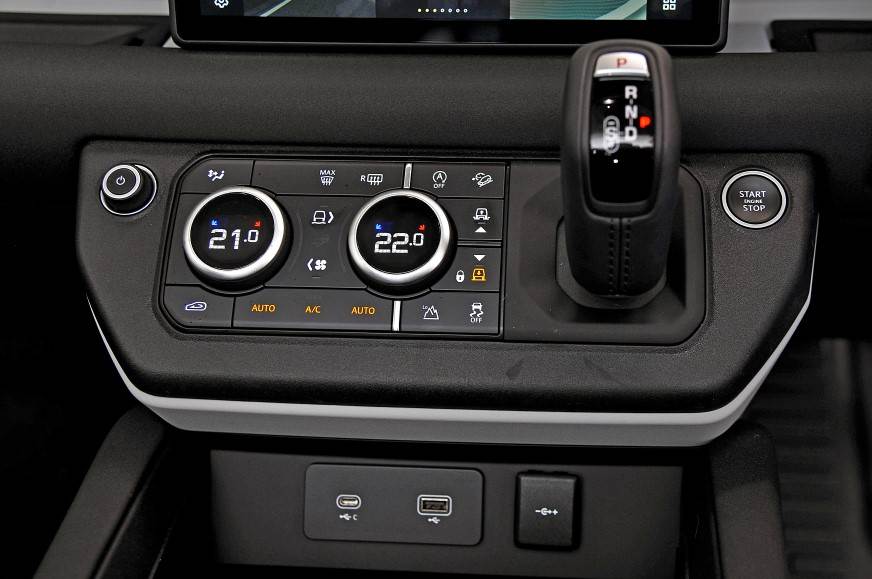 The new Defender gets a permanent four-wheel drive system with a locking centre differential and active rear-locking differential. It also features Land Rover’s Terrain Response System, which employs electronic aids based on a range of conditions and ‘ClearSight Ground View’, which aids off-roading by displaying the area under the bonnet and ahead of the front wheels on the touchscreen. 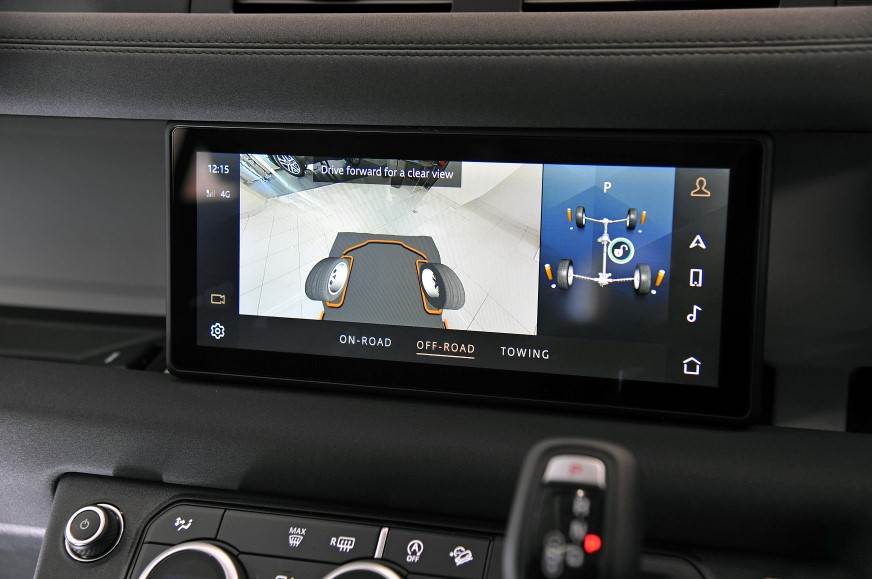 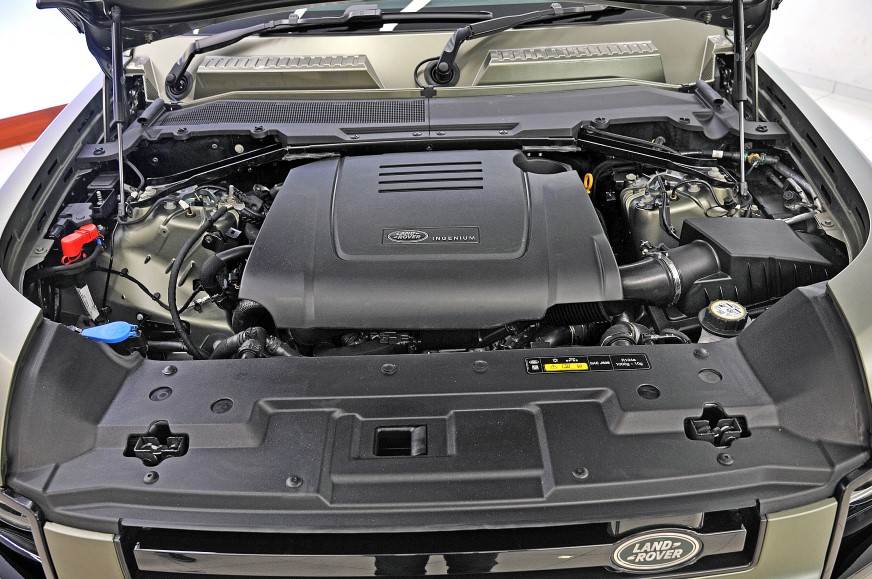 Deliveries of the three-door Defender 90 will begin only in 2021, as this particular body style has been delayed globally due to the COVID-19 pandemic. Bookings are open for the Land Rover Defender 90, whose prices range from Rs 73.98 lakh to Rs 84.63 lakh.