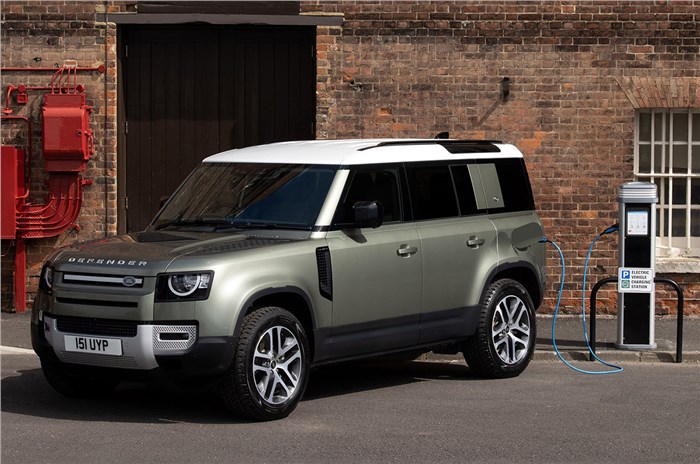 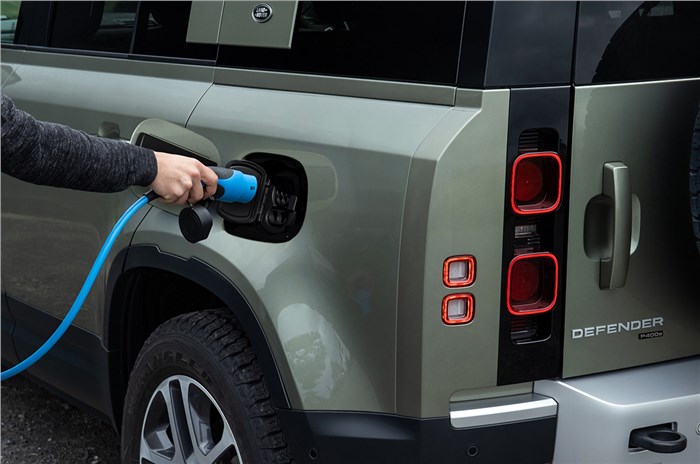 The Land Rover Defender is all set to get a new plug-in hybrid (PHEV) variant added to its India line-up in the form of the P400e. The carmaker has begun accepting bookings for the Defender PHEV.

Under the hood, the Defender P400e comes with a 2.0-litre, four-cylinder turbo-petrol engine paired to a 143hp electric motor, producing a combined 404hp and 640Nm. The power is sent to all four wheels via an 8-speed automatic gearbox. This also means the Defender PHEV can do the 0-100kph run in 5.6 seconds and has a limited top-speed of 209kph.

The new Defender P400e uses a 19.2kWh battery, which can be charged via a regular 15A socket or a 7.4kW AC wall box charger, which comes complimentary with the SUV. This allows the big 4x4 to drive on electric only power for up to 43km.

As per Land Rover’s announcement, the deliveries for the Defender P400e in India are expected to begin in the first quarter of FY2021-22 (April-June).

The Land Rover Defender 110 has already been launched in India with just one engine option – the P300 four-cylinder petrol – and prices start at Rs 79.94 lakh, going up to Rs 89.63 lakh for the top-spec First Edition trim.

While the prices for the plug-in hybrid versions are yet to be announced, they are expected to be higher than standard petrol-powered models.

Due to the COVID-19 pandemic, the smaller, three-door Defender 90 has been delayed globally, though the carmaker will bring it to our market in 2021. Bookings for the Defender 90 are already open, with its price ranging from Rs 73.98 lakh to Rs 84.63 lakh.