Following the launch of the SP Concept-based SUV, Kia's sub-4 metre offering will debut in production form at Auto Expo 2020. 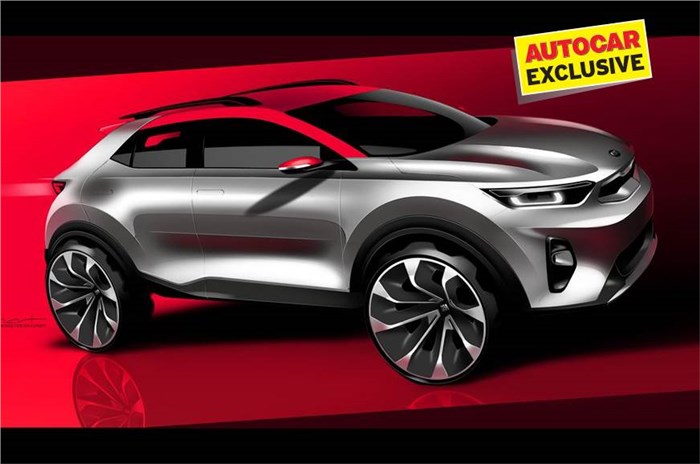 Sketch of the Kia SUV concept that previewed the Stonic (used for representation only).

A Kia official confirmed that the compact SUV will most likely be the second model from the Korean brand to launch in India. The new model’s unveil will take place at Auto Expo 2020 as reported by us earlier this year.

This new SUV is likely to be Kia’s smallest offering worldwide and will take on the Maruti Suzuki Vitara Brezza, the Ford Ecosport and the Tata Nexon compact SUVs. There will be competition from the likes of Hyundai’s new compact SUV as well as Mahindra’s upcoming model too.

The Kia model will carry distinctive styling and is expected to come with premium-look interiors. There will be no stinting on equipment either and a sophisticated touchscreen will be part of the package. Engine and gearbox options are not known for the moment but a turbo-petrol and diesel engines are expected. Also, expect the suspension setup to be on the sportier side.

What do you think would be the right price for Kia's compact SUV? Let us know in the comments.