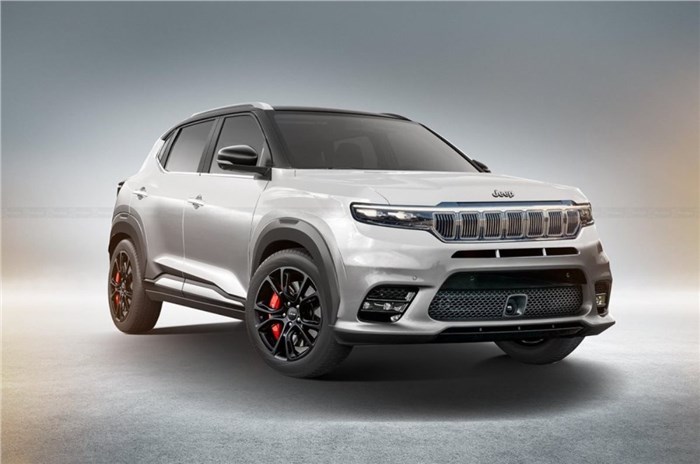 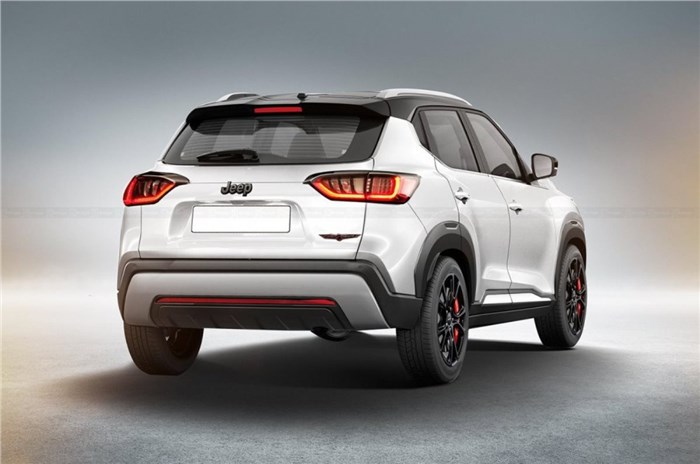 Internally called ‘Jeep Junior’, the Kia Sonet and Maruti Vitara Brezza rival, which is being developed for the Indian market, unlikely to sacrifice AWD.

A Jeep compact SUV is part of the product onslaught that the American automaker has planned for the Indian market in the coming years. And while it will be the smallest SUV in the company’s global portfolio, the model is being touted to carry typical Jeep traits. Responding to Autocar India’s query about a potential two-wheel drive only model from the brand, Ralph Gilles, Global Head of Jeep Design, said during a recent media interaction, “It is highly unlikely that it will not have an all-wheel drive cousin in its lifetime, let’s put it that way. We are going to engineer some kind of variant for it. So stay tuned for that.”

Vehicles with rugged body styles, like SUVs, have seen a surge in demand in recent years, with automakers even shedding off-road gear to bring down price points. Commenting on the trend, Gilles told us, “We are observing that. And if we ever go that way, there would be an off-road capable version of whatever that thing is. We would never just do a soft-roader because that word is not allowed in our vocabulary.”

He added, “But we'll test waters very carefully and make sure whatever we do is true (to Jeep).” The design chief stressed that the company wouldn’t do anything to “dilute the Jeep brand”.

As such, the carmaker’s upcoming sub-four metre SUV can be expected to come with an all-wheel drive variant at some point, even if it raises the cost of engineering the two-wheel drive version. “That happens even today actually. We have certain vehicles that we sell mostly in two-wheel-drive form, but there is a (4x4) variant available and that is important, even if it sells in low volume in certain markets,” elaborated Gilles.

Jeep could use e-axles for 4x4 functionality

Instead of a traditional setup, Jeep could even look at electrification for adding AWD functionality. Though he refused to reveal further details on the future product, Gilles did tell Autocar India, “We already implement that in Europe where we have the e-all-wheel drive system on the Compass and Renegade. It’s something for which our engineers have solved the equation. E-mobility is always a challenge, but we understand how to do it. Packaging is actually not too bad. It basically replaces the same (mechanical 4x4) hardware with an e-motor.”

Jeep launched the Renegade 4xe and Compass 4xe in Europe last year. Both the plug-in hybrid (PHEV) models get a 1.3-litre turbo-petrol engine that powers the front wheels. An electric motor, mounted on the rear axle, takes the total power output to 190hp or 240hp, depending on the variant. The company could look at a similar solution for its compact SUV model. With no physical connection between the fore and aft driven wheels, it would avoid the need to incorporate a prominent central tunnel housing a prop shaft.

Additionally, electrification could also help Jeep achieve the more stringent emission regulations that are set to kick in from next year. The technology would, however, come with a significant cost penalty.

Jeep to bank on synergies with sister brand Citroen

The senior Jeep executive further mentioned, “We have other brands. That's a wonderful thing about our company – we now have 14 brands with varying customers. So it allows us to explore those other competitive advantages.” This corroborates the exclusive report in our February issue that Jeep is likely to use Citroen's platform and powertrains for its own compact SUV, which is internally called the ‘Jeep Junior’.

With FCA and PSA having merged to form Stellantis, one of the world’s largest automakers, earlier this year, Jeep now has access to Citroen’s CMP platform and 1.2-litre turbo-petrol engine that will underpin the French brand’s highly localised C21 compact SUV for the Indian market.

The CMP architecture, however, is not designed to take on 4x4 hardware and seems to be at odds with Jeep’s legacy. But, with a possible workaround available in the e-axle technology, Jeep could very well manage with the original two-wheel drive platform.

How would 4x4 capability compare in the segment?

The sub-four metre SUV segment has become one of the most hotly contested spaces, with players like the Hyundai Venue, Kia Sonet, Maruti Suzuki Vitara Brezza, Toyota Urban Cruiser, Tata Nexon, Mahindra XUV300, Ford EcoSport, Nissan Magnite and the Renault Kiger. Notably, all the models employ a front-wheel drive-only setup for our market, and the upcoming Citroen C21 will conform to the trend as well. The Jeep is set to be the only outlier, offering a degree of off-road ability, in a category otherwise largely consisting of soft-roaders at best.

However, with a plethora of compact SUV models on offer, and a few even being positioned very aggressively, will 4x4 become something that the Indian consumer would be willing to shell out extra for?