Spied in Korea, Kia’s smallest SUV gets upright styling; will come to India next year. 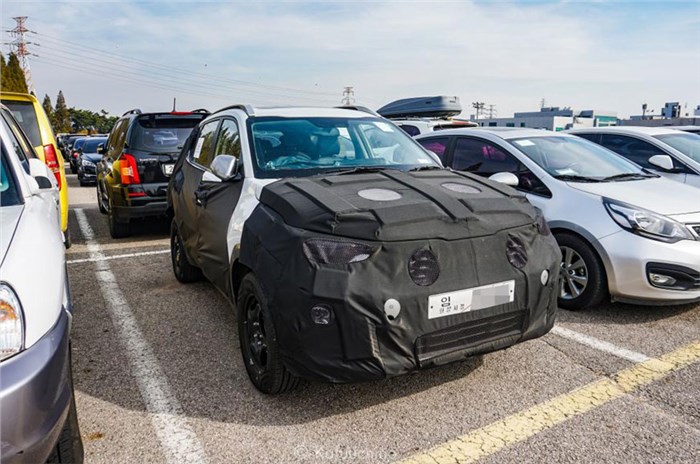 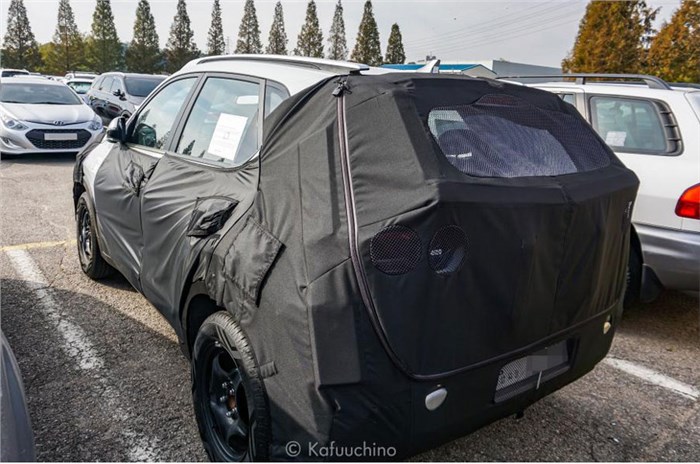 It was late last year when we revealed that Kia was working on a compact SUV (codenamed QYI) to rival the likes of the Hyundai Venue and the Maruti Vitara Brezza. Now, a prototype of the same has been spotted in Korea and it reveals more details about this upcoming SUV.

The heavily disguised test mule gets the traditional upright styling that’s liked by SUV buyers. Unlike other newer SUVs that have launched in India, Kia seems to have given the split-headlamp design a miss, with more conventional headlamp units sitting on either side of the brand’s tiger nose grille; lower down on the front bumper sit fog lamps. The model spotted seems to be either of a mid-spec or a lower variant, because we expect top-spec variants to come with LED lights and Kia’s signature ice-cube styled fog lamps.

The rear of the upcoming Kia compact SUV looks heavily disguised, though the images do show a raked rear windshield and a little of the tail-lamps detailing. This, however, confirms that the Kia SUV will get a completely new and more rounded body shell, as opposed to the Hyundai Venue’s more squarish design.

While the model is expected to share its underpinnings with the Hyundai Venue, Kia has done enough to give the model a distinctive look, including changes to the window line, especially near the rear quarter-glass. Completing the exterior look are 16-inch wheels that are interestingly shod with Apollo 215/60 R16 tyres, which are also seen on duty on the Hyundai Venue.

There were no images of the car’s interior, though you can see a third adjustable headrest for the rear-centre occupant. Compared to the rest of its rivals, expect the compact SUV’s cabin to be a more upmarket affair – given Kia’s positioning as a premium brand of parent company Hyundai – along with plenty of kit on offer.

Engine options are likely to include turbocharged petrol and diesel engine options, with the India-spec model expected to share its engines with the Venue.

The Kia compact SUV will most likely be the brand’s third model in India, following the Carnival MPV launch that will take place in the coming months.