Latest sketches from Hyundai suggest the Venue will have a squat stance; styling in line with latest SUVs from the Korean carmaker. 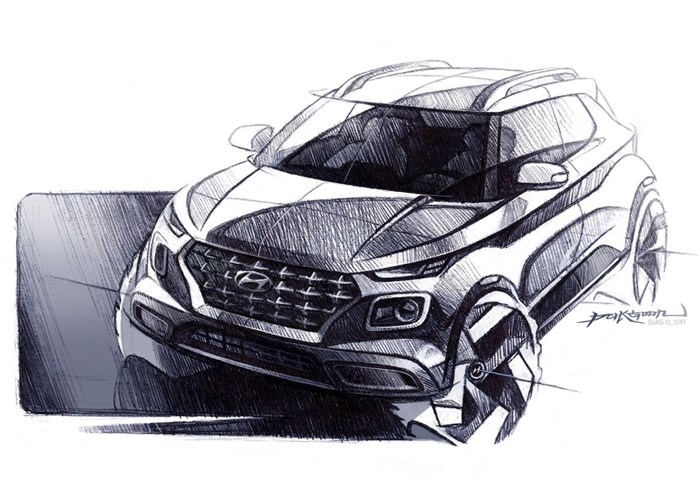 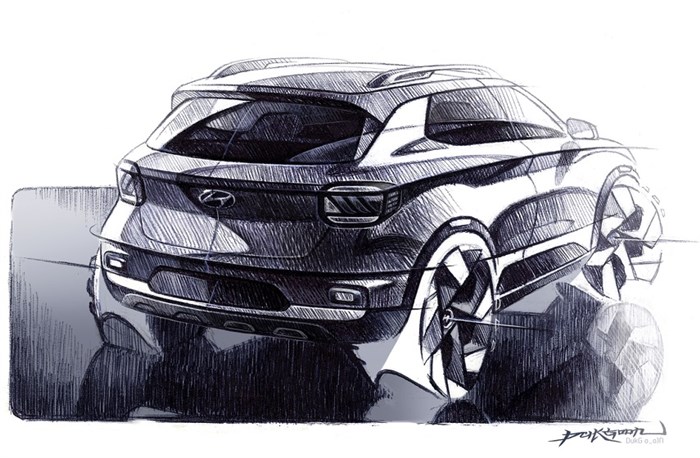 The Venue interior promises to be user-friendly.

With the Hyundai Venue set to be unveiled in India on April 17, 2019, things sure are heating up. While details of the SUV have been pieced together from spy images and official teasers, official design sketches released today give a clearer idea of what’s in store. Look past the exaggerated wheel arches and oversized wheels of the rendering and what you’ll still see is an SUV with a chunky and squat stance. Hyundai’s cascading grille occupies prime real estate up front and, going by what we’ve seen in spy images, will come embellished in chrome. The Venue’s dual-headlamp setup that comprises slit-like lights up top and the main headlight lower down is also seen. Squared-out DRLs that surround the main headlights were one of the style bits seen in an earlier teaser. Blacked-out A-pillars and roof rails are other elements seen in the design sketches.

Styling at the rear has been kept relatively simple and elements such as the squarish tail-lights add robustness to the look. Auxiliary lights, perhaps reflectors, are also seen lower down on the bumper and there’s a hint of a scuff plate too. Of the other things, it is already known that the Hyundai Venue will come with the option of a sunroof and diamond-cut alloy wheels.

Spy images have already revealed much of the Venue’s cabin, but the interior design sketch gives a clear view of what’s to come. The dashboard is fairly straightforward in look, though there is a promise of the cabin being a user-friendly space. The infotainment system’s touchscreen sits high up and in clear sight, the climate control dials are chunky, there’s seemingly a storage space under the centre console, and even a recess above the standard glovebox that’s been shown holding an umbrella in the dash sketch. Like other Hyundai models for India, the Venue too sports a flat dash top, which could be used as a place to host idols. An interesting detail is a rotary controller under the gear lever that perhaps provides another way to access the infotainment system. Hyundai has already announced the Venue’s connectivity features in the past. There's also a hint of paddleshifters, suggesting the automatic version could get this class-first feature.

As we revealed earlier, the Hyundai Venue will come with the option of a 1.4-litre petrol and diesel engine, as well as a 1.0-litre turbo-petrol unit that will come with a dual-clutch gearbox. The Hyundai Venue will get a simultaneous reveal in India and New York on April 17, 2019, before going on sale in May 2019. While final pricing will only be known at launch, the Venue is unlikely to come cheap. Expect pricing in the range of Rs 8-12 lakh (estimated, ex-showroom)