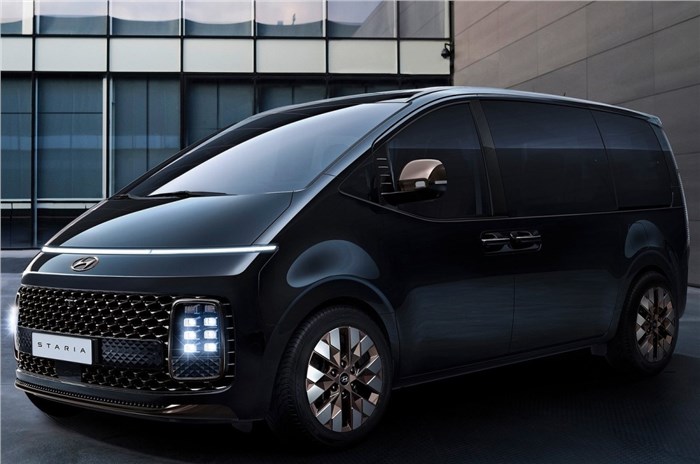 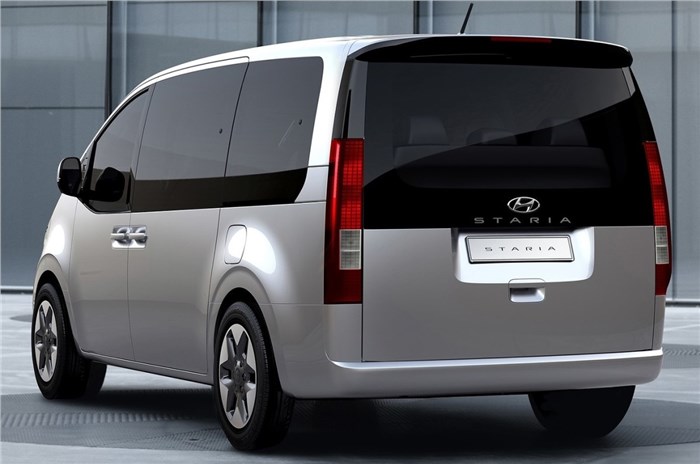 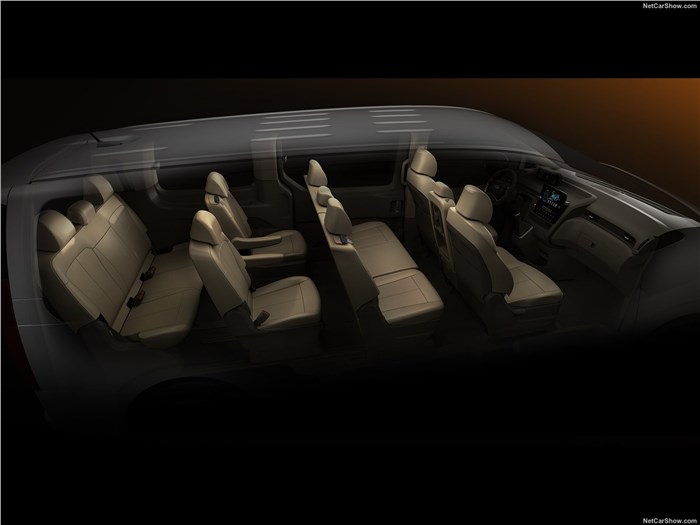 Hyundai has finally taken the wraps off the uniquely designed Staria people mover. The Staria is a replacement model for the popular H1 / Starex MPV sold overseas.

Hyundai Staria: What's new on the outside?

The first set of teasers that were released last week gave us a hint of the production-spec MPV's tall cabin.It’s replete with a large front windshield and a wide grille with two vertically placed rectangular-shaped  headlamps positioned at each corner. The grille and headlamps will get chrome bits and LED, respectively, depending on the variant. It gets a full-width LED DRL strip in front and Parametric Pixel rear lamp design. It also gets a lower rear lip to facilitate ease of loading and unloading of cargo in the luggage compartment. 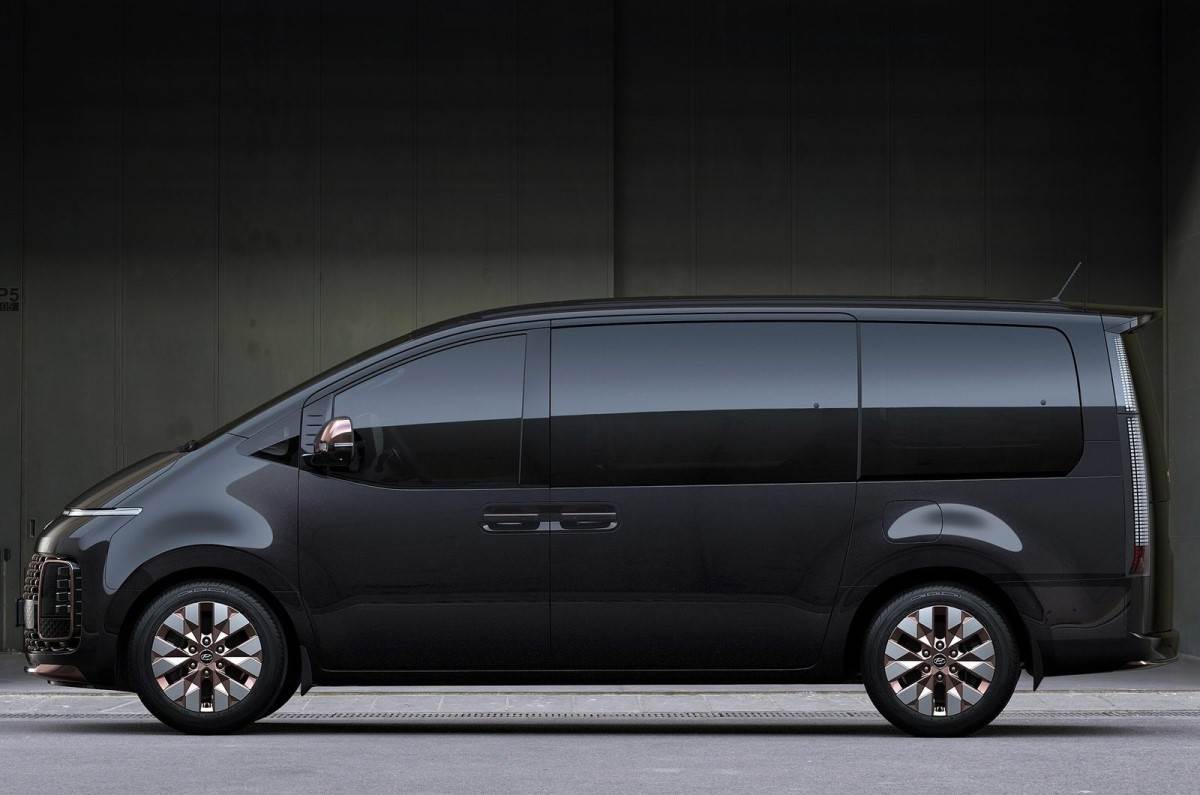 The more upmarket Staria Premium variant, seen in these images, comes with 18-inch wheels that feature diamond patterns, complementing inserts on the grille in front as well as the tinted brass chrome that is applied to the door handles, wing mirrors and the wheels.

Hyundai Staria: What's new on the inside?

The Staria gets a lower beltline and large windows and this according to Hyundai, has been inspired by the lounge of a cruise ship. The multi layered dashboard features a 10.25-inch floating touchscreen and ambient lighting along with a push-button gear selector, already available on other models like the current-gen Santa Fe to name a few. The MPV gets multiple storage bins at every nook and corner, including the roof.

The seven-seater variant of the higher-specced Staria Premium offers a one-touch “relaxation mode” for its second-row passengers which reclines the seats to a posture that comfortably disperses the passenger’s weight over the seat for “improved overall body balance,” according to Hyundai.

As far as seating goes, top-variants will have high-end features that are similar to the ones seen on the Toyota Vellfire in India. Additionally, standard bench seats and multiple-row seating are available for the lower variants. 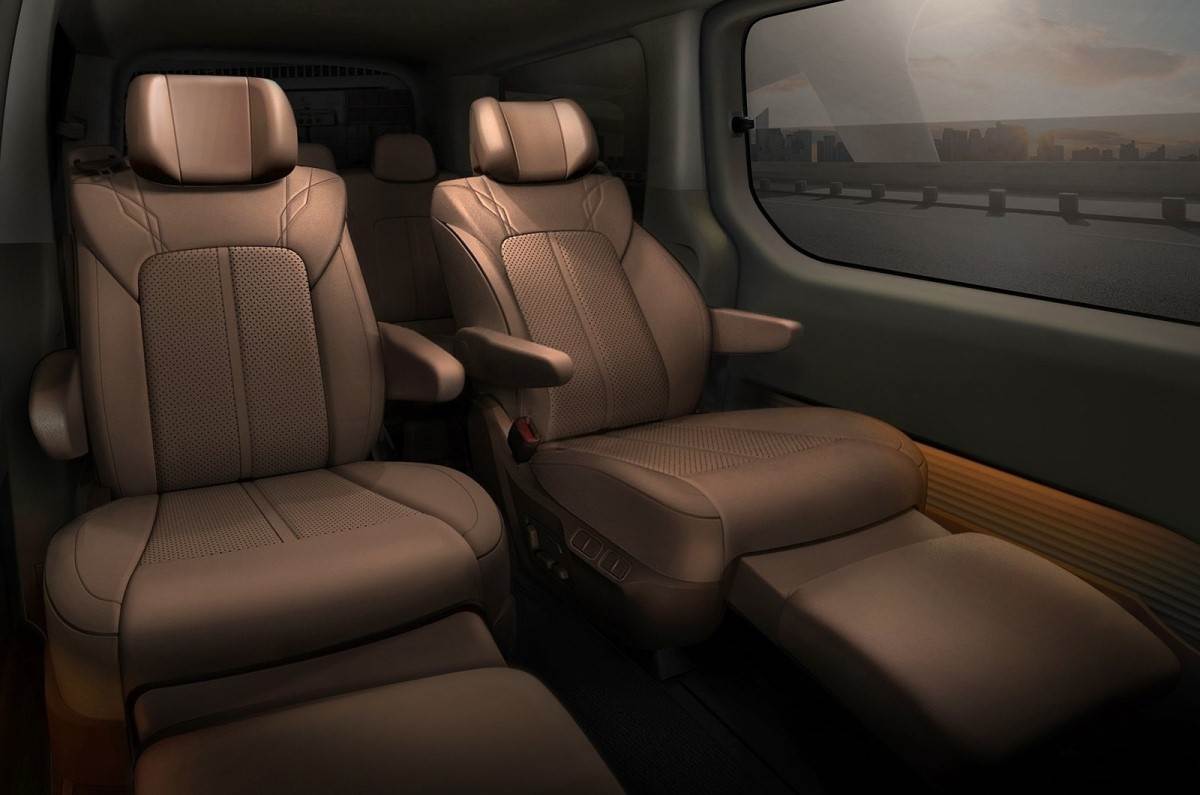 Not much is known on the powertrain side, however, one of the images show a 3.5 badge. This means, the model will come with a 3.5-litre petrol as well as a diesel engine, depending on the market. Hyundai will reveal the Staria's powertrain options in a few days.

Hyundai Staria MPV: will it come to India?

Apart from the Staria, Hyundai is also readying a Kia Carnival-based MPV for global markets. The brand is currently focusing on introducing more and more SUVs in India. While there is no news on the Hyundai Staria MPV making it to our shores, its arch-rival, the Toyota Hiace, recently went on sale in India in limited numbers.

The upcoming new model launch from Hyundai will be the brand's 7-seat Alcazar SUV that will be based on the Creta. Additionally, Hyundai is expected to bring the new AX1 micro-SUV to the Indian market sometime later this year.