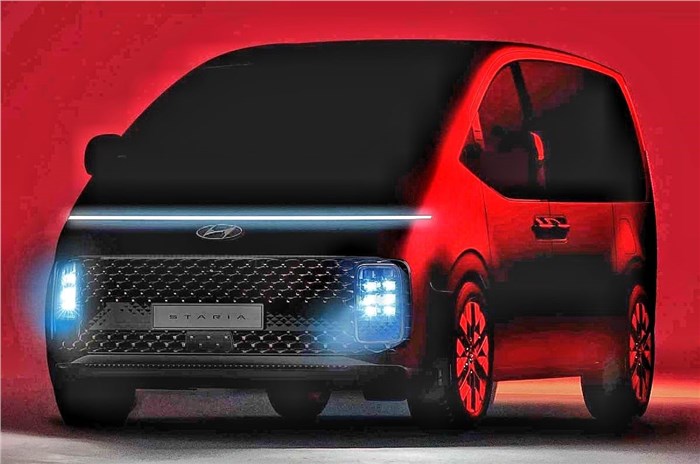 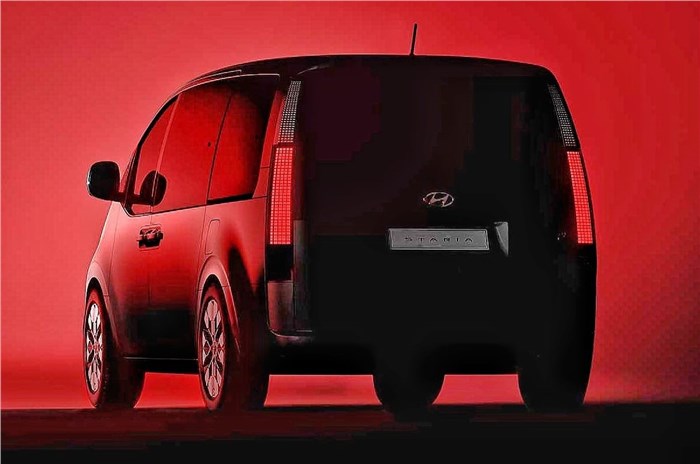 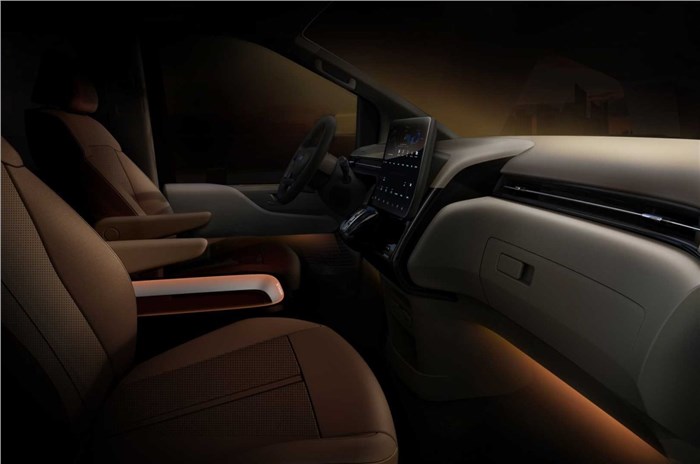 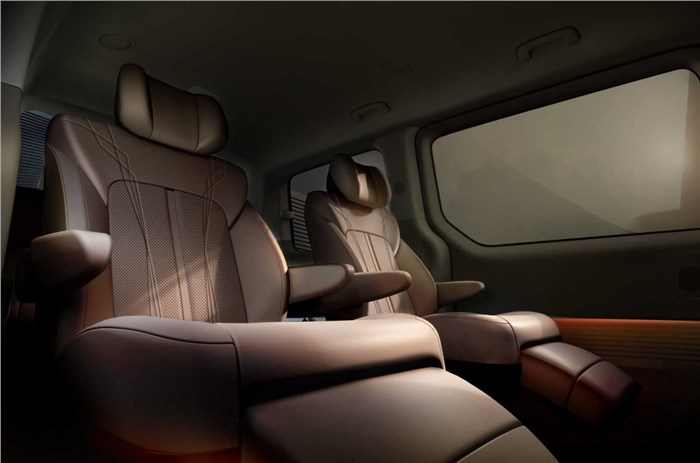 The new Hyundai Staria MPV has been teased for the first time, ahead of its world debut that is slated to take place in the coming weeks. This new MPV will most likely replace the Hyundai H1/Starex MPV sold overseas.

Hyundai Staria MPV: What do the exterior teasers reveal?

This new MPV from Hyundai gets a tall cabin with rounded front styling that includes a large front windshield, a light bar that runs edge to edge and a wide grille with two vertically placed rectangular-shaped  headlamps positioned at each corner. The grille and headlamps will get chrome bits and LED, respectively, depending on variant.

On the sides, it gets a unique angular shape with a tapering glasshouse towards the front and a boxy rear styling, in order to provide ample cabin headroom. The overall design of the upcoming Staria MPV "resembles a spaceship," according to Hyundai. At the back, it has a slab-sided tailgate design with two vertically placed tail-lamp units that look like pixels.

Hyundai Staria MPV: What do the interior teasers reveal?

Hyundai has also releaseda set of interior teasers for the Staria MPV that showa multi-layered dashboard with a dual-tone colour theme. It gets a centrally mounted screen and ambient lighting, and gearshift duties for the automatic variant are expected to be carried out via buttons, similar to the ones seen on the current-gen Hyundai Santa Fe SUV that is sold abroad. The second row of the Staria will have individual captain's chairs with extensions, along with other high-end features that are similar to the ones seen on the Toyota Vellfire in India. However, one can expect standard bench seats and multiple-row seating for the lower variants.

Not much is known on the powertrain side, but one can expect a slew of petrol and diesel engine options for the MPV, depending on the market. Engine and gearbox options for the Staria will most likely be similar to the ones that are available on the Tucson and Santa Fe globally.

Hyundai Staria MPV: will it come to India?

The Starex will have a long list of variants that will include the basic multi-seat options, going up to the luxury trims with lesser seats and more amenities. While there is no news on the Hyundai Staria MPV making it to our shores, its arch-rival, the Toyota Hiace, recently went on sale in India in limited numbers. Apart from the Staria, Hyundai is also readying an all-new MPV that will be based on the latest-gen Kia Carnival.

The upcoming new model launch from Hyundai will be the brand's 7-seat Alcazar SUV that will be based on the Creta. Additionally, Hyundai is expected to bring the new AX1 micro SUV to the Indian market sometime later this year.