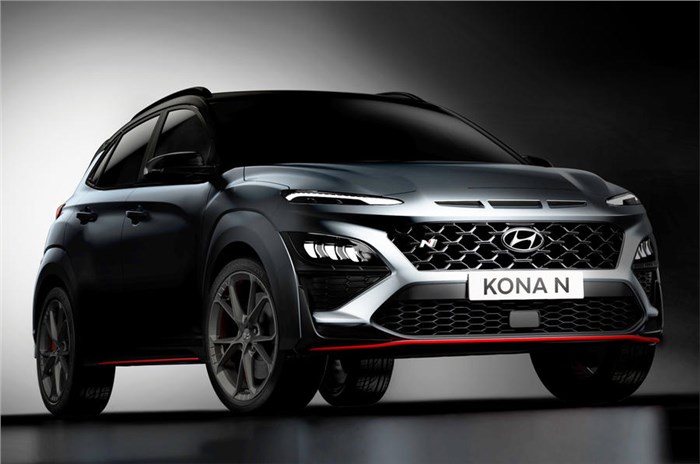 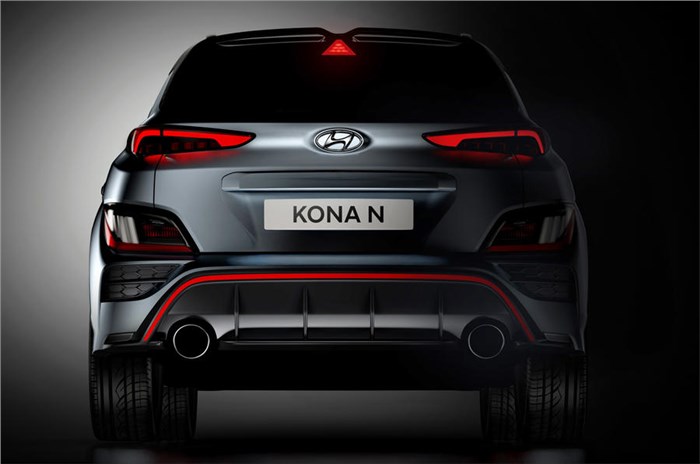 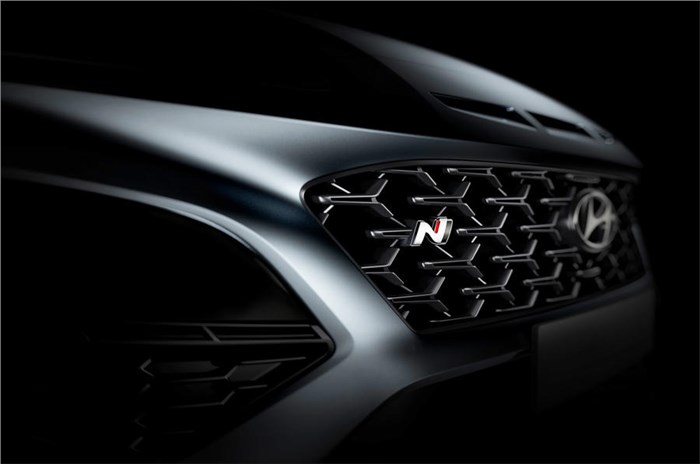 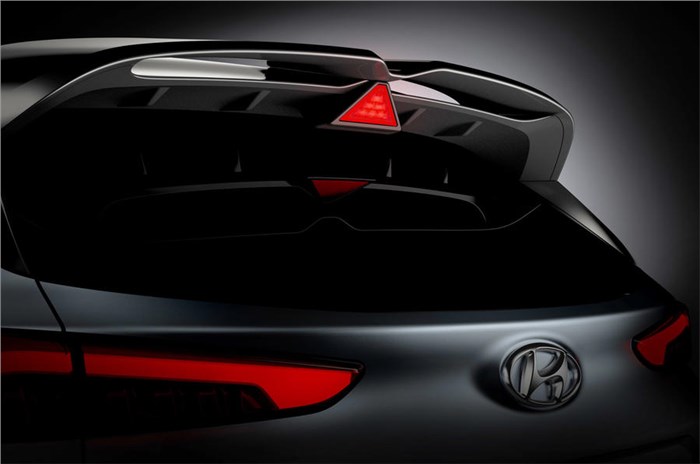 Hyundai has officially previewed the Kona N SUV ahead of its reveal in the coming weeks. Set to go on sale in international markets before the middle of 2021, the Ford Puma ST rival joins the recently revealed i20 N and well-established i30 N as the third pillar of the N sub-brand’s range.

The Hyundai Kona N is powered by a 2.0-litre turbocharged petrol engine driving the front wheels, and will be offered with an eight-speed, wet dual-clutch transmission, dubbed N DCT.

The use of the 2.0-litre engine, adapted from the i30 N, is interesting as expectations were that the model would use the 1.6-litre unit of the related i20 N, which puts out 203hp. That was already more powerful than the Kona N’s main rival - the 200hp Puma ST - so it remains to be seen if the model will be offered with the 250hp or 280hp outputs of the i30 N.

While the Kona N will initially be a front-wheel-drive, the standard Kona can be specced with four-wheel drive on top models, so it’s possible the brand will leverage that. It will also feature a Launch Control system - a function substantially more effective in four-wheel-drive cars.

Hyundai N also claims it will feature an “emotional sound experience” - likely to be a reference to digital sound generators to enhance the engine note. Till Wartenburg, head of N brand management and motorsport, claims the hot SUV will have “plenty of versatility as well as the driving pleasure like any other N vehicle. Enthusiasts will enjoy taking this car anywhere, from road to the track.”

A bespoke chassis set-up will complement the power upgrade, with stiffer suspension and performance brakes fitted.

While there is no news yet on whether the Kona N will be brought to India, Hyundai will introduce its N-line sub-brand in India with the launch of the i20 N-Line in mid-2021. The Korean carmaker is also considering the launch of the full-blown i20 N hot hatchback.