New Santa Fe to be available with hybrid and plug-in hybrid powertrains; 2.2-litre diesel engine updated for use in SUV. 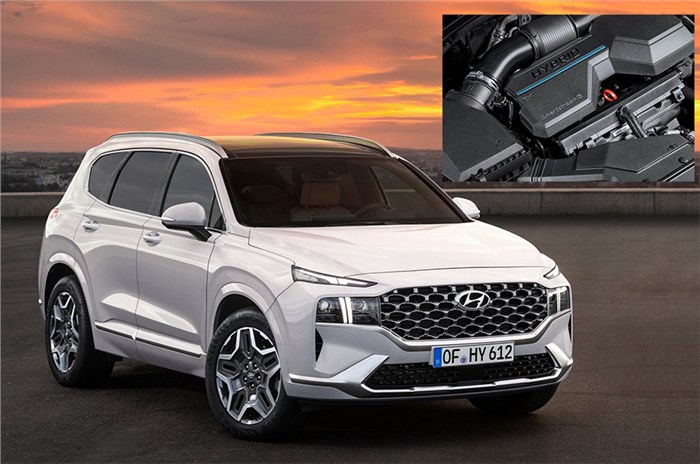 Hyundai has confirmed engine details of its new-gen Santa Fe SUV, which had been revealed early last month. The all-new Santa Fe, which features a bold styling overhaul and an all-new platform will be offered with petrol-electric and diesel engine options when it goes on sale in international markets later this year.

The 7-seater is the first model in Hyundai’s European line-up to migrate to the ‘third-generation’ architecture, which already underpins the US-market Sonata sedan. The brand claims the new platform will offer “improved performance, efficiency and safety”.

Headline features include a new ventilation system that improves air movement through the engine bay, allowing heat to dissipate and improving the Santa Fe’s stability. Heavy components are also located lower in the chassis for a lower centre of gravity. The SUV’s dynamic performance is also claimed to have been improved by relocating the steering arms, while reinforced sound- and vibration-absorption material throughout the chassis aids rolling refinement.

The 2020 Santa Fe will be available with hybrid and plug-in hybrid (PHEV) powertrains for the first time. The hybrid is expected to be the most popular variant of the new Santa Fe. It mates Hyundai's new Smartstream 1.6-litre turbocharged four-cylinder petrol engine with a 60hp electric motor and a 1.49kW lithium-ion battery to produce 230hp and 350Nm. Both front- and four-wheel-drive configurations are available. 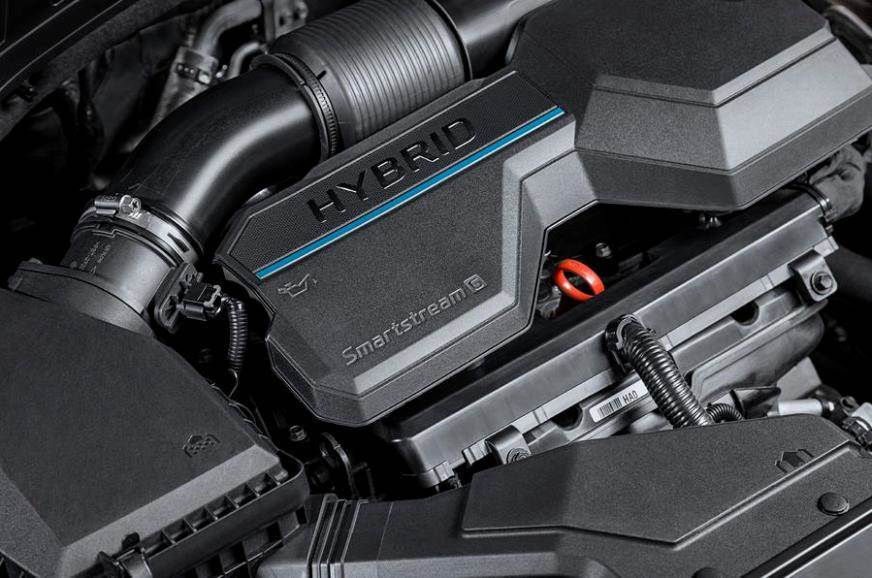 The 2020 Santa Fe's hybrid powertrain consists of a 1.6-litre turbo-petrol engine and a 60hp electric motor that runs on a 1.49kW lithium-ion battery.

The four-wheel-drive-only PHEV option will arrive in 2021. Already deployed in the Santa Fe's recently refreshed Kia Sorento sibling, it pairs the same 1.6-litre engine with a 91hp electric motor for a combined output of 265hp and 350Nm. Hyundai is yet to confirm a WLTP-certified electric-only range figure, but the Santa Fe PHEV's 13.8kWh battery pack offers a claimed 64km per charge on the NEDC cycle. Both hybrid powertrains are paired with a 6-speed automatic gearbox.

Hyundai claims neither hybrid option loses out on passenger or load space, with the battery packs for each located under the front seats.

The new Smartstream petrol engine uses Hyundai's newly developed Continuously Variable Valve Duration (CVVD) technology, which is said to improve performance by 4 percent, fuel efficiency by 5 percent and emissions by 12 percent over the outgoing 1.6-litre motor. This is accomplished by varying how long the inlet and outlet valves remain open according to the driving situation. Also featured is a low-pressure exhaust gas recirculation function, which sends burnt gas back to the combustion chamber to cool the engine and reduce CO2 emissions.

A pure combustion option will also be offered in the form of an upgraded version of the current car's 2.2-litre diesel motor. Improvements include a reshaped camshaft, a higher-pressure injection system and a switch from a steel block to aluminum, resulting in a 19.5 percent weight loss. Power - sent to either the front axle or all-four wheels through a newly developed 8-speed dual-clutch automatic gearbox - is up slightly from 200hp to 202hp, but torque output is unchanged at 441Nm.

The new Santa Fe will be going on sale in international markets in the coming months. Hyundai did sell two generations of the Santa Fe in the Indian market. However, there is currently no news on this all-new SUV coming here.

The carmaker is currently evaluating its large three-row SUV, the Palisade, for the Indian market. In the very near future, Hyundai is expected to launch the Tucson facelift soon; the SUV was showcased at Auto Expo 2020, earlier this year. Hyundai is also expected to bring the all-new i20 hatchback in the coming months.