The four-generation Sorento borrows design cues from the larger Kia Telluride and plusher interiors; will continue to rival the Skoda Kodiaq in European markets. 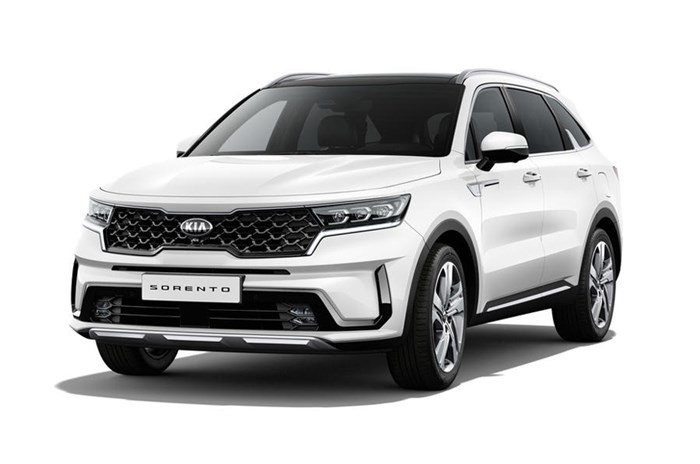 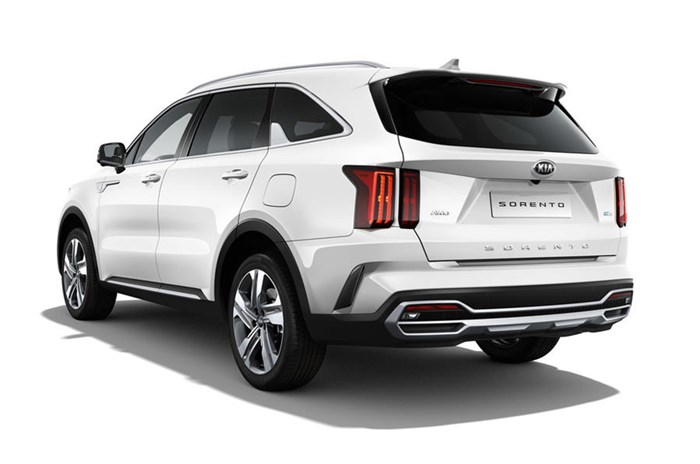 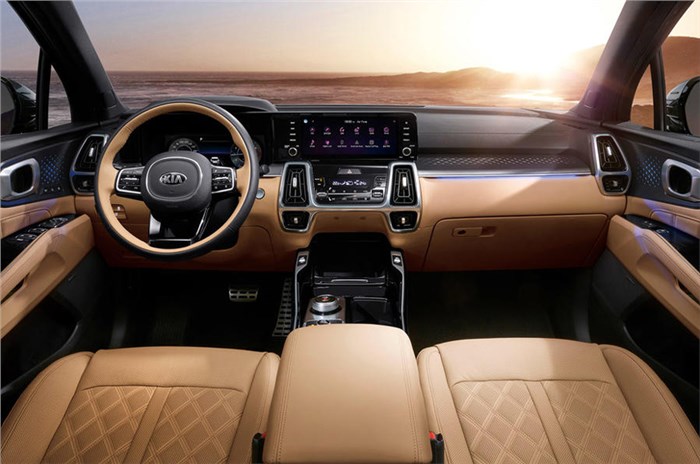 Kia has revealed its new Sorento ahead of the large seven-seat SUV’s debut at the Geneva show next month.

The fourth-generation Skoda Kodiaq rival adopts a design distinctly different to that of its predecessor or any other Kia sold in Europe. This angular styling, which apes the larger Kia Telluride, is likely to be a reflection of its greater sales status in the US than Europe.

The Sorento’s proportions have been altered with the aim of making it look longer, by way of shorter front and rear overhangs and a 35mm-longer wheelbase. All other dimensions are only around 10mm greater, although space inside – especially for middle-row passengers – is said to be significantly enhanced, thanks to improved packaging. While all UK models will be seven-seaters, there are expected to be five-seat versions on sale in other markets.

The only image of the interior released so far is of a Korean-spec car, but it’s unlikely to be changed much for Europe beyond the choice of trim colours.

Highlights include a Mercedes-style panel that links a larger infotainment touchscreen to a new digital instrument display, while a separate climate control panel is flanked by central air vents.

Technical firsts for Kia include improved cruise control that automatically readjusts limits according to corner gradients, a self-parking function accessed via the key fob, automatic braking if the car is about to hit something while parking and a blindspot monitoring system that uses cameras mounted on the door mirrors to project images of what’s alongside the car onto the dashboard.

The Sorento will come with two engine options initially – a 202hp, 2.2-litre diesel engine and a 230hp hybrid powertrain comprising a 1.6-litre petrol engine, a 60hp electric motor and a 1.5kWh battery. A plug-in hybrid will follow shortly after. It’ll have a total output of 265hp, with 90hp coming from an electric motor that’s powered by a 16.6kWh battery.

Buyers will have the choice of front- or four-wheel drive except with the plug-in hybrid, which will exclusively be a 4x4.

The Sorento is not one of the models that Kia Motors Idnia is expected to bring any time soon. The next model for India from the Korean brand will be the Sonet compact SUV, which was recently revealed as a concept at Auto Expo 2020. 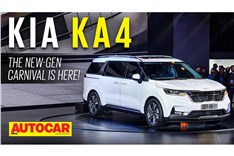