Hyundai is assessing the feasibility of launching its flagship SUV in India; right-hand-drive version reportedly in the works. 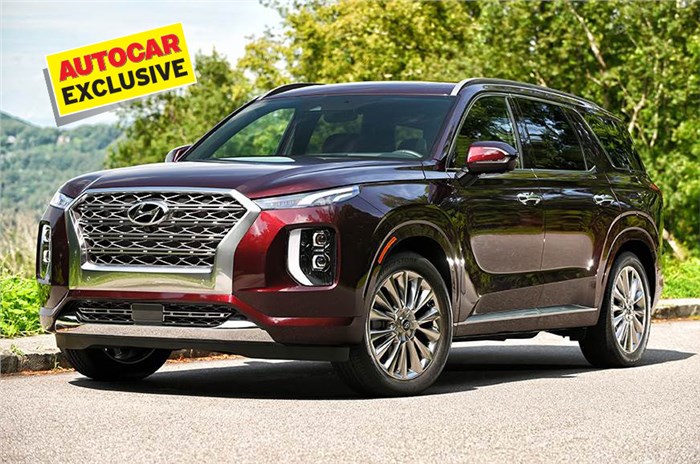 Ever since it was unveiled at the end of 2018, the Hyundai Palisade has generated a considerable amount of interest among the SUV-loving crowd in India. Primarily targeted at left-hand-drive markets that favour full-size SUVs, the Palisade is the biggest – and most luxurious – SUV from Hyundai till date and the company is currently evaluating the Palisade for an India launch. However, the Palisade is not a priority for Hyundai India at present and is only likely to be introduced when our luxury SUV market is ready for it.

Speaking during the #LiveWithAutocar chat on Instagram, Tarun Garg, Director – Sales, Service and Marketing at Hyundai India, mentioned the carmaker is assessing the feasibility of bringing its flagship SUV to India.

“Hyundai is assessing the feasibility of launching the Palisade in India. We’ll need to see which route we can take with it, if the market is ready and what kind of volumes we’d be looking at. A decision on a model like this is critical because one has to take the import duties into account, and if we choose to localise it, we would need certain volumes,” Garg said.

While Hyundai continues to evaluate the Palisade's prospects in our market, Garg sees potential in the SUV and hopes a steady stream of enquiries will make the decision easier for Hyundai.

“We will take a decision on it at the right time. An increase in customer enquiries will expedite our decision-making process” Garg added.

At present, the Palisade is a left-hand-drive model, but multiple reports have stated Hyundai is in the process of introducing a right-hand-drive version for the Australian and South African markets, which would make it easier for the company to introduce it in India in limited numbers. To bring the model to our market, Hyundai could leverage the relaxed homologation norms for CBUs, which lets a carmaker import up to 2,500 vehicles a year without needing to homologate them.

In the USA, the Hyundai Palisade is available only with a 3.8-litre V6 petrol engine putting out 295hp and 355Nm of torque. For India, along with a petrol option, Hyundai could also bring the 202hp, 2.2-litre diesel unit that's offered on the South Korea-spec model. An 8-speed automatic transmission is standard in global markets, and a four-wheel-drive option is offered too.

Sitting at the top of carmaker's SUV range, the Palisade – if launched here – will be the priciest Hyundai on sale in India. Expensive Hyundai models such as the Sonata and Santa Fe have struggled to find favour with Indian audiences in the past, but the Palisade could well be the one to change that trend.