Hyundai’s luxury division Genesis has revealed its first SUV, the GV80, which is based on the Kia Telluride and the Hyundai Palisade. 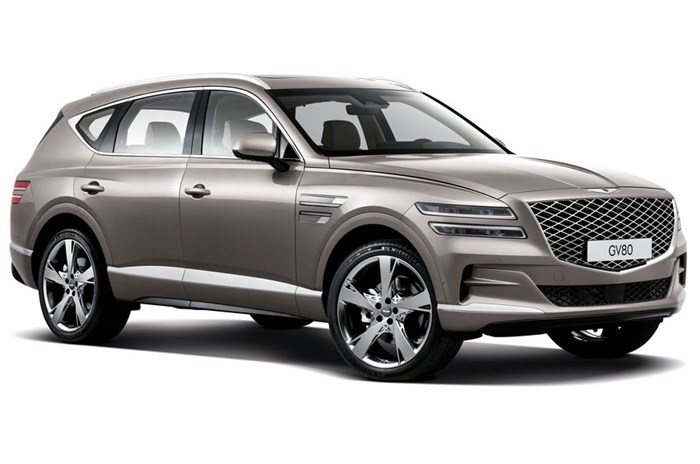 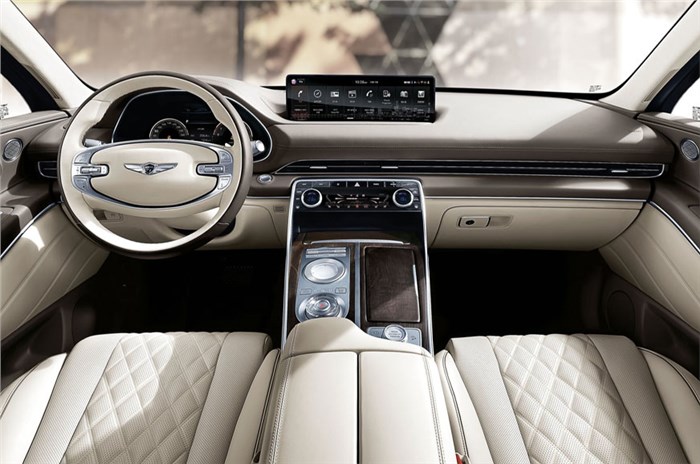 Hyundai’s premium vehicle division, Genesis, has just revealed its first SUV offering – the GV80 – in Seoul, South Korea. The introduction of an SUV to Genesis’ sedan-dominated international line-up doesn’t come as a surprise, as the global trend in the automotive industry is towards SUVs, with all major carmakers having at least one in their respective ranges.

The GV80 is essentially the production-spec version of the GV80 concept shown at the 2017 New York auto show. In terms of design, the SUV carries forward a lot of the styling cues from the concept, albeit with a slightly more squared-off and toned-down appearance. The front is dominated by the company’s signature ‘crest’ grille, flanked by a quad-headlight setup, and the sides comprise of a prominent shoulder line that runs the length of the vehicle. Also, the large alloys fill out the wheel arches well, which helps in cutting down come of the visual bulk of the SUV. Round the back, the SUV’s sharply raked D-pillar, split-tail-lamp setup and the large ‘Genesis’ lettering across the tailgate complete the look.

Mechanically, the GV80 is based on the same platform as the Kia Telluride and the Hyundai Palisade. In the South Korean market, the SUV will come fitted with a 3.0-litre, six-cylinder turbo-diesel engine that is good for 278hp and 588Nm of torque. However, internationally, Genesis is expected to offer the SUV with a 304hp, 2.5-litre, six-cylinder petrol engine and a 380hp, 3.5-litre, V6 petrol unit.

The interiors sport a neat and minimalist look, with the large 14.5-inch touchscreen infotainment system taking centre stage. Use of physical buttons has been minimised by employing capacitive touchscreen lower down in the centre console for the climate control system. Also part of the package is a digital instrument cluster, a two-spoke steering wheel, AC vents spanning the width of the dashboard and a rotary gear-selector knob.

Genesis has also equipped the GV80 with some kit like an active noise cancelling system that eliminates road noise, an air purification system, a driver monitoring system that monitors how alert the driver is, along with an augmented reality navigation that displays driving guidelines on a real-time video feed from the front facing camera. Apart from all this, Genesis has also generously uses leather throughout the cabin, along with wood and metallic accents, to further enhance the premium quotient.

As we had previously reported, Hyundai is slated to bring the Genesis luxury brand to India soon, and it would do so leading with an SUV. The carmaker believes that an SUV would serve well as a launch vehicle, given how popular they are in the Indian market. Currently, there is no official statement regarding the GV80’s India prospects, but Hyundai is likely to launch the Genesis brand in the country with the smaller GV70 instead, which is slated to be revealed later this year.