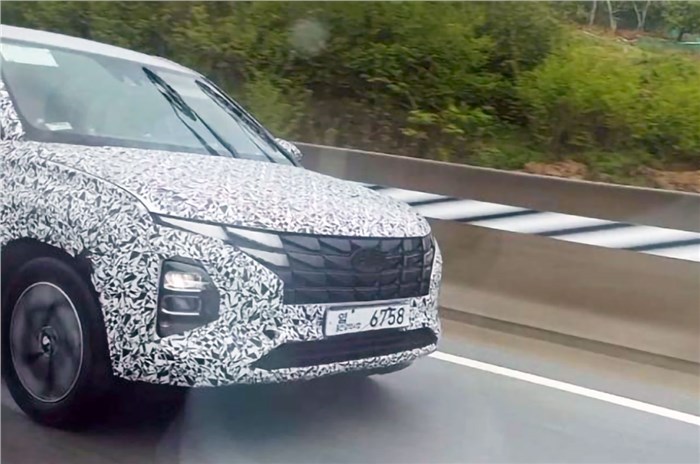 A new image of the second-gen Hyundai Creta has surfaced online, revealing new details about the model’s styling. The image suggests that the mid-cycle update will see the Creta embrace styling cues from the new Tucson that debuted globally last year.

The previous spy pictures had revealed that the body shell of the SUV would remain more or less unchanged, but in those images, the heavier camouflage hid the design updates. The new image, however, shows that the updated midsize SUV will borrow styling cues from the new Tucson.

The headlamps are now more rectangular and sit lower on the front fascia. The parametric grille design is more apparent in this new picture, with the LED DRLs seamlessly blended into it. The bonnet and bumper too are new.

The current-gen Creta initially debuted in 2019 as the ix25 in China, with the India-spec SUV debuting at the 2020 Auto Expo last February, making the SUV a little over a year old for our market. One could expect the facelifted Creta to debut in international markets during the course of 2022, with an India launch likely to occur sometime in the future.

HyundaiCreta or Kia Seltos: Which SUV to buy?