Smaller 'MEB-Lite' platform will be used for new entry-level, all-electric hatchback and SUV. 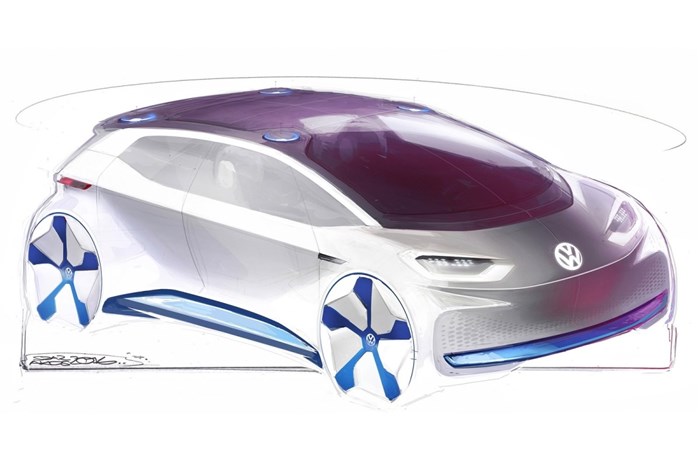 Volkswagen CEO Ralf Brandstätter says the company is fully committed to producing a small electric ‘people’s car’ as part of its fast-growing ID range. An affordable entry-level ID model has long been a major goal for Volkswagen and is considered key to helping boost uptake of electric vehicles to hit its long-term sales goals and emission targets.

Volkswagen continues to invest heavily in developing its electric technology and Brandstätter has previously said developing a new MEB-Lite version of the platform, designed for cars featuring smaller batteries with a capacity of up to 45kWh, remains a priority.

The 'Aero-B', an electric estate based on the ID Vizzion sedan concept, will arrive in 2025, followed by the long-debated entry car.

Volkswagen will first use the platform for a small hatchback and SUV, likely carrying the ID 1 and ID 2 tags and intended to sit alongside the combustion-engined Polo and T-Cross (sold in the Latin American market), respectively.

The entry level models in the ID range will effectively replace the Volkswagen e-Up sold internationally as the entry point into the VW electric range, with the smaller batteries reflecting their focus on lower-mileage urban usage.

The German brand is currently rolling out a number of electric-only models on the Volkswagen Group’s MEB platform, starting with the ID 3 hatchback and the ID 4 SUV.

In a new roadmap detailed recently, Brandstätter revealed that Volkswagen will launch "at least" one new EV per year, starting with the China-only ID 6 in 2022, the ID 5 SUV-coupé in 2023 and the ID Buzz MPV in 2024.

Volkswagen will also work with its various Chinese joint-venture partners to offer “highly affordable” electric cars in that market and the MEB-Lite platform will also spawn a range of entry-level models from European sibling brands Seat, Skoda and Cupra. It is not yet clear whether the production version of Audi's AI:ME urban EV would use the smaller MEB-lite platform or the full-sized MEB architecture for a longer driving range.

Closer to home, Volkswagen India is set to launch the ID 4 SUV in 2022 with a sole 204hp, 310Nm, RWD powertrain, though an AWD version is set to follow. It is the brand’s second model to be built on the MEB platform and is positioned between the Tiguan and Tiguan Allspace in terms of size.