The second-gen Kia Niro has made its debut at the 2021 Seoul motor show. The new e-Niro set to launch in India by 2023. 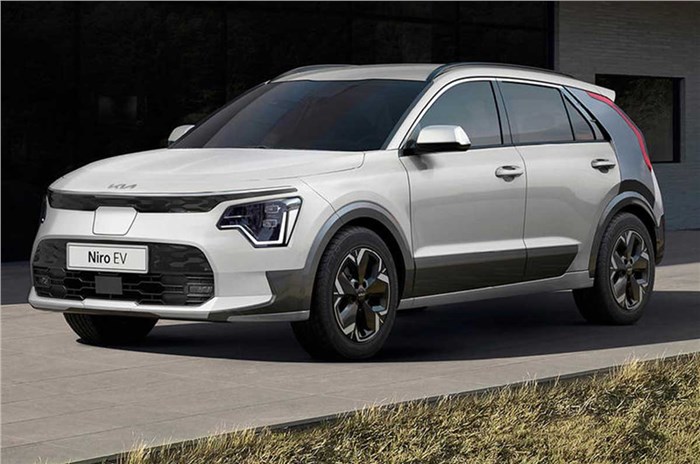 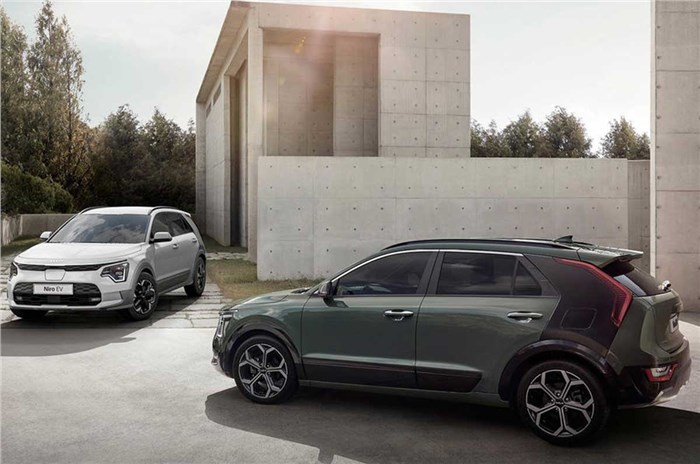 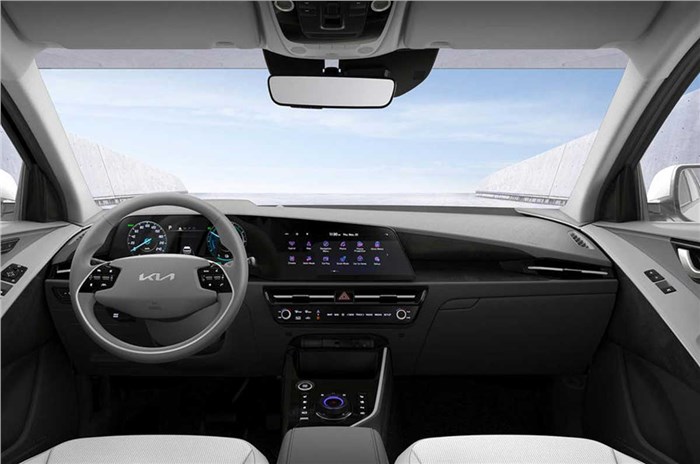 The new, second-generation Kia Niro, one of Europe's most popular crossovers, has officially been unveiled at the Seoul motor show, with a bold new design inside and out.

Six years after the arrival of the current-gen car, the new Niro has been revealed for the first time and shows how the Nissan Juke rival has been brought in line with Kia’s evolved design language.

A focus on aerodynamics is part of a wider effort to improve the Niro’s efficiency and sustainability credentials. The new-look cabin is finished predominantly with recycled materials – the headlining uses recycled wallpaper and the seats incorporate fibres from eucalyptus leaves – and the door panels are coated in a water-based paint, which is free from BTX petrochemicals.

The influence of Kia’s newer models is evident in the asymmetrical centre console and dashboard. Significant changes over the previous car include an electronic gearshift dial, ambient mood lighting and slim, lightweight front seat designs with a coat hanger behind the headrests.

Kia has confirmed that the new Niro, like the current car, will be offered with hybrid, plug-in hybrid and pure-electric powertrains. However, it will remain separate from the firm’s line of ‘EV’-badged bespoke electric cars and will not use the E-GMP platform reserved for those models. An evolution of the current e-Niro’s single-motor, front-wheel-drive powertrain is expected, although the shorter-range car could be discontinued in light of higher demand for the 454km, 64kWh battery option.

Efficiency and performance boosts are expected across the range with Kia already confirming that the plug-in hybrid car now uses data from the navigation system to switch between combustion and EV power where appropriate – shutting the engine down outside schools, for example. The 1.6-litre petrol engine currently used in the combustion-powered Niro variants is also likely to be carried over, but is unlikely to give the same 265hp combined output as the new Sportage PHEV.

The second-gen Niro is expected to make it to the Indian market, albeit in all-electric guise. Kia and its sister firm Hyundai are eyeing the launch of up to six all-electric models (three each) by 2024. These include the purpose-built Kia EV6 and Hyundai Ioniq 5 – both built on the carmaker’s new E-GMP platform – and made-for-India mass-market EVs which are expected to arrive in 2024.

The new e-Niro is expected to come via the CKD route, like the Hyundai Kona Electric, with a launch likely in 2023.