Upcoming Kia three row vehicle for India could be called Kia Carens upon launch; expected to come with petrol and diesel engine options. 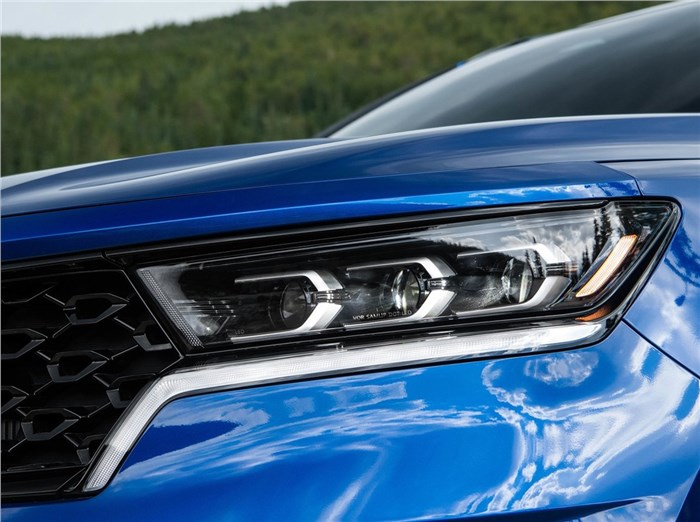 Kia India has confirmed that its next product for our market – the Seltos-based three-row vehicle, internally known as Kia KY – will see a global debut on December 16, 2021. This new model from Kia will go on sale early next year.

New Kia KY: what do we know so far?

The new Kia KY will sport a fresh SUV-like design, with styling cues from the brand's current models like the Seltos and the Sonet, and also newer models like the EV6 that's sold overseas. The heavily covered test mules that have been spotted so far resemble the Seltos SUV when viewed from front three-quarters but are equipped with a much larger rear door and glasshouse. It also gets sharp shoulder lines and a slightly longer wheelbase to accommodate the third row of seats. At the back, the new model will have an upright rear. On the inside, sources tell us that this new model will have a "usable" third row, with better legroom than most of its rivals.

The Kia KY is expected to be powered by the brand’s 1.5-litre petrol and diesel engines. Both these engines are already offered with the Seltos and Sonet. Power and torque figures, as well as gearbox options, are also expected to be similar to the Seltos.

As mentioned above, the KY will be shown for the first time on December 16, 2021, and a market launch is expected before the end of this financial year. The KY will be made here in India and exported to other countries. It will see competition here from Maruti Suzuki when it launches facelifts for the XL6, which is also expected to hit the markets around the same time period. Additionally, the vehicle will also rival the likes of the Hyundai Alcazar, among others.

Hyundai's derivative of the same vehicle is being readied in Indonesia. While there aren't any confirmed reports, this version could be called the Hyundai Stargzer and it may come to our shores in the future.