The HabaNiro concept previews the all-new Niro due in 2021; its powered by an electric motor at each axle and has a range of over 480km. 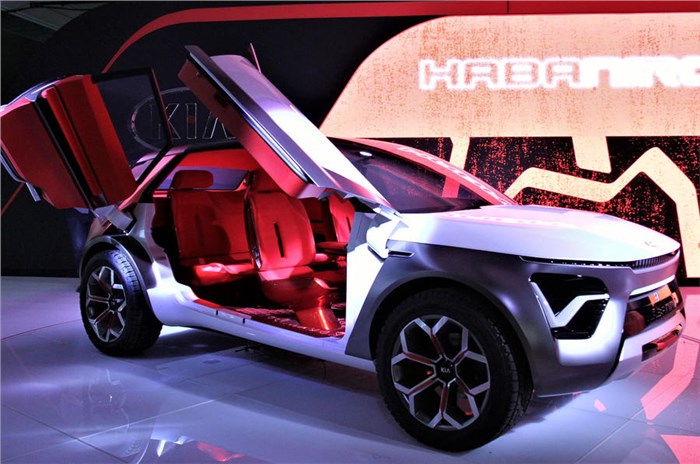 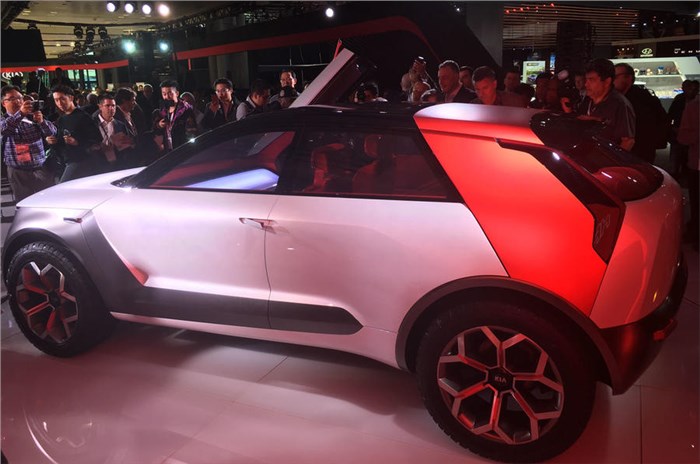 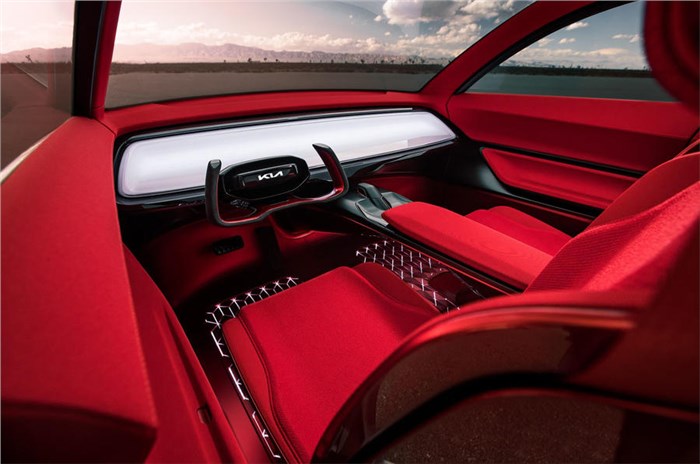 Kia has previewed its upcoming all-new Niro, due in international markets in 2021, with the HabaNiro concept at the 2019 New York motor show. The concept crossover also previews the broader design direction for future Kia models.

Unlike the current e-Niro, which uses an platform adapted to accomodate electric drive, the HabaNiro is underpinned by a new dedicated electric vehicle platform and is claimed to offer more than 480km of range, exceeding the e-Niro's official WLTP test figure around 450km.

The concept also has four-wheel-drive due to an electric motor mounted on each axle; a feature that could be offered as an option on future Niro models. The concept also featured level 5 autonomous driving technologies.

Speaking about the new chassis, the concept’s designer Kurt Kahl said: “This [platform] is what we’d like for the next Niro. We can utilise an EV chassis to get idealised proportions such as the short front and rear overhangs, wide stance and very open cabin.”

Speaking more broadly on design, he said: “We have a history of making concepts cars that lead to production cars. HabaNiro is our idealised view of where Niro could go, so don’t be surprised if you see some influence in the next Niro.”

Inside the concept, rectangular screens and traditional control knobs have been replaced by a full-width head-up display, which allows users to swipe and move vehicle options across the windscreen.

In fully autonomous mode, the HabaNiro’s steering wheel and instrument panel retract to give more room for front occupants and media can be display on the head-up display. While advanced self-driving systems won’t be introduced in the next-generation Niro, Kia is already testing this technology at its base in South Korea.

The HabaNiro also features Kia’s Real-time Emotion Adaptive Driving System (READ), first shown at this year’s Consumer Electronics Show. It can personalise the cabin by reading a driver’s emotions in real time through artificial intelligence-based recognition technology. Again, Kia plans to introduce such technology, but not in the short term.

The current Niro hybrid and plug-in hybrid variants have recently been given a refresh, bringing the exterior design closer to the e-Niro's while adding greater connectivity features inside.

There are no imminent plans for more electric models beyond the e-Niro and new electric Soul. A production version of the four-door performance Kia by Imagine concept from this year's Geneva motor show is due in 2021.

In India, Kia is readying for the launch of its first model for the country, the SP concept-based SUV. The carmaker did showcase the current Niro EV as part of a multi-city roadshow in the country alongside models such as the Carnival and the Sportage.