Special-edition Nexon Kraz gets unique paint shade; based on Nexon XM variant; available in both petrol and diesel engine options. 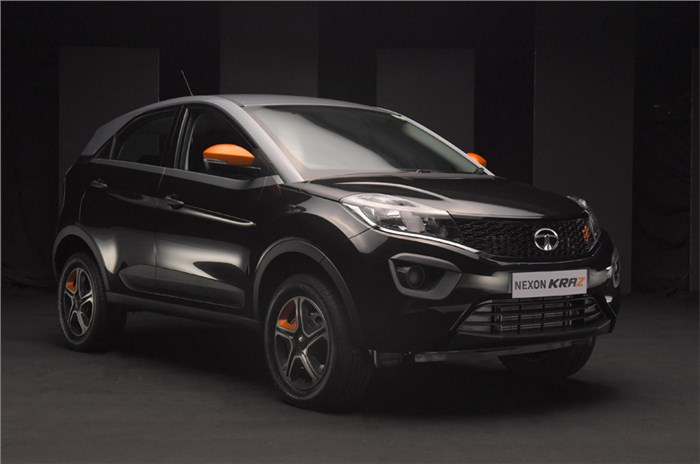 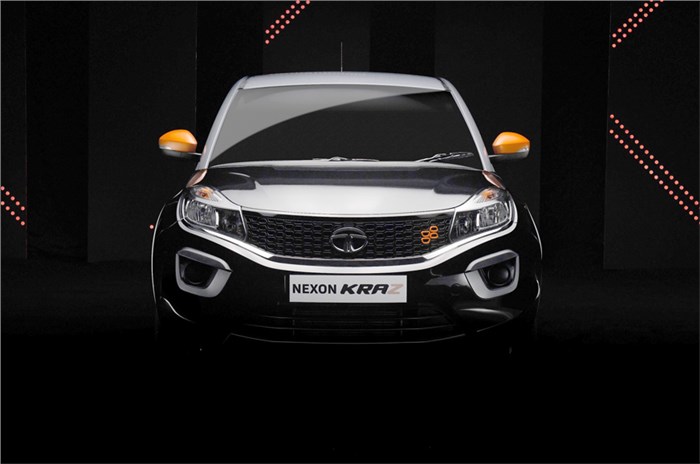 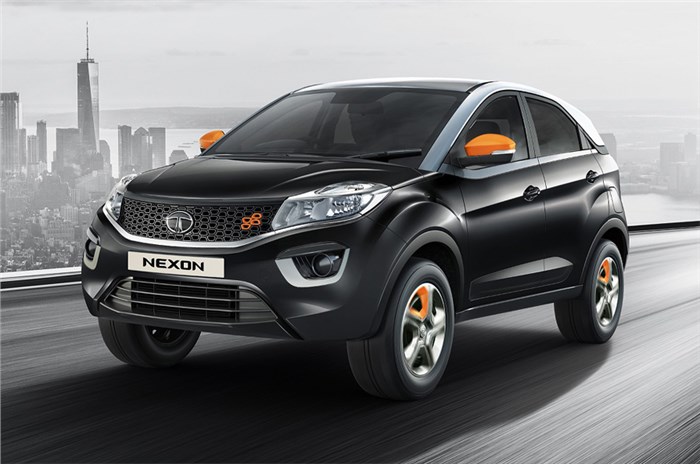 To celebrate the Nexon’s 1 lakh sales milestone, Tata Motors has introduced two new special-edition variants - the Kraz and Kraz+ - with prices ranging from Rs 7.58-8.18 lakh for the petrol and Rs 8.48-9.18 lakh for the diesel model.

For those who don’t know, this is the second time Tata has launched the Nexon Kraz. The 2018 edition of the limited-run SUV featured lime-green highlights.

The Kraz limited-edition slots between the Nexon XM (Rs 7.49-8.34 lakh) and XT trims (Rs 8.10-8.91 lakh) in the compact SUV’s line-up. It also gets minor cosmetic changes inside and out to differentiate it from its standard brethren. On the outside, the Nexon Kraz and Kraz+ feature a new dual-tone black paint scheme with a silver roof; while the wing mirrors, alloy wheels and front grille get splashes of a bright Tangerine Orange shade.

The insides of the Nexon Kraz also get highlights of the same shade of orange on the seats and AC vents. Meanwhile, the dashboard, central console and doors get a piano black trim. The Kraz+ variant car also gets appropriate badging on the central console. The Nexon Kraz is based on the Nexon XM variant that comes with a four-speaker infotainment system by Harman with Bluetooth compatibility and steering-mounted audio controls, a front 12V outlet, follow-me-home headlamps and power folding wing mirrors. The model comes with steel wheels and corresponding special-edition wheel covers.

Under the hood, there is nothing to distinguish the Kraz and Kraz+ variants from the standard Nexon trims. The same 110hp, 1.2-litre petrol mill and 110hp, 1.5-litre diesel engine are on offer, both of which get 6-speed manual and 6-speed AMT gearbox options.

The Tata Nexon rivals the likes of the Hyundai Venue, Mahindra XUV300, Ford EcoSport and the Maruti Suzuki Vitara Brezza. The model has also been the recipient of a five-star rating in Global NCAP’s crash tests. The company has already begun testing a mid-cycle update for the Nexon, which will see a global unveil sometime next year.