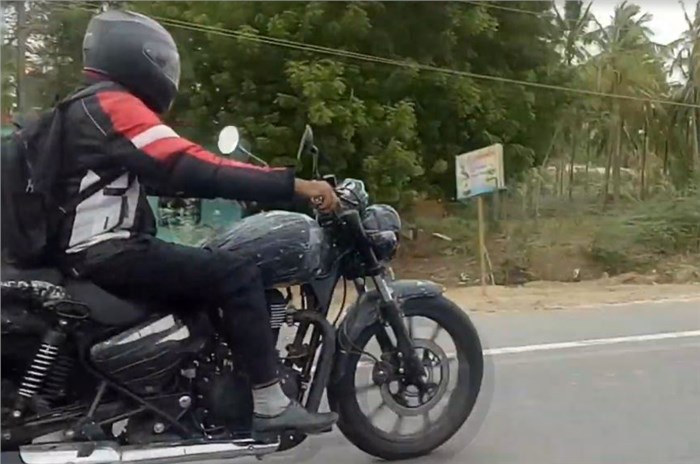 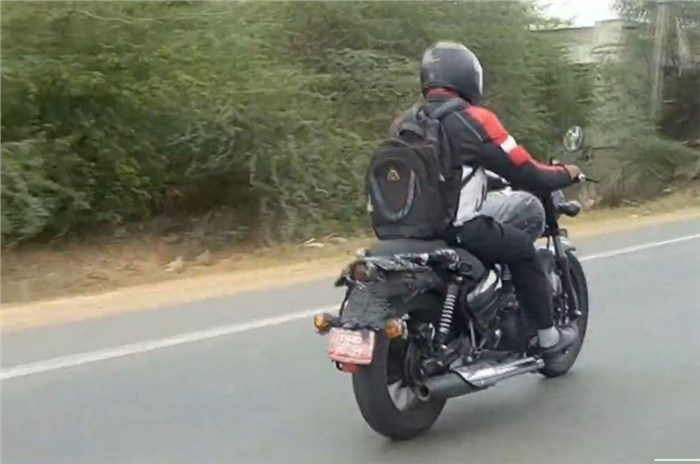 Royal Enfield’s upcoming next-generation cruiser has been spotted once again, this time on video. While the previous spotting only gave us a peek at the rear of the updated Thunderbird, the new one shows a lot more and reveals two big changes.

Firstly, the rider of the motorcycle appears to be in a far more relaxed position than usual. We believe this could be because the next-gen Thunderbird has its pegs positioned two-three inches further ahead than before. This change will come as a welcome addition, as it will tie-in well with the nature of the motorcycle.

Also visible in the image is the new dual-cradle frame in place of the single down tube that one seen on the current model. We also saw this frame on the spy shots of the upcoming, next-gen Classic model. This frame mounts the engine in a different way and Royal Enfield could also use rubber mounts in order to reduce vibrations; however, that remains to be seen.

The video also shows the other updates that were first seen when the spy images surfaced a couple of months ago. The new version of Thunderbird is running its braking hardware on the right side, whereas the current model has its discs and calipers located on its left. The chain and sprockets have also switched sides and moved over to the left-hand side. Similarly, the Thunderbird also appears to be running a more compact exhaust, which ends well before the rear tyre – unlike on the current model, where it's jutting out. We believe this motorcycle is hiding a catalytic converter in front of the rear wheel (like the Classic) so that it can meet the upcoming BS6 emission norms.

Royal Enfield also appears to have ditched the kick-starter. Styling changes include a shorter rear fender and redesigned tail-light. While the tank looks similar to the 20-litre unit seen on the current models, the fuel cap now looks like it sits in the centre and not towards the right. The motorcycle in this video could either be the updated Thunderbird X or an all-new standard Thunderbird.