Paired to a CVT gearbox, the Go and Go Plus are touted to offer a superior automatic driving experience to rivals. But can the Datsuns hold up to that promise? 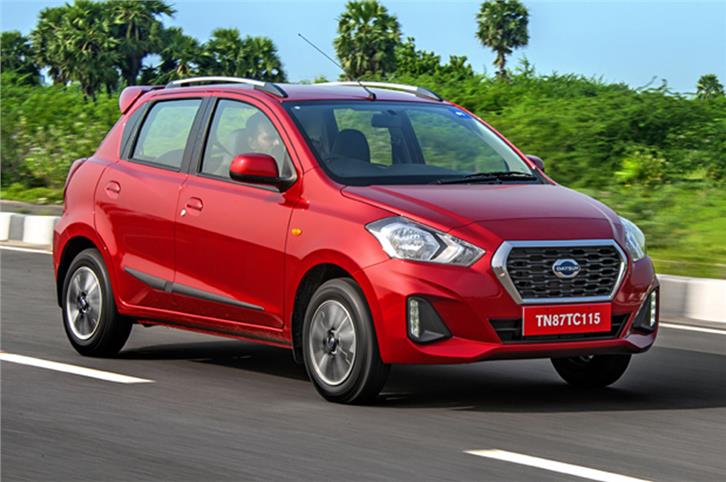 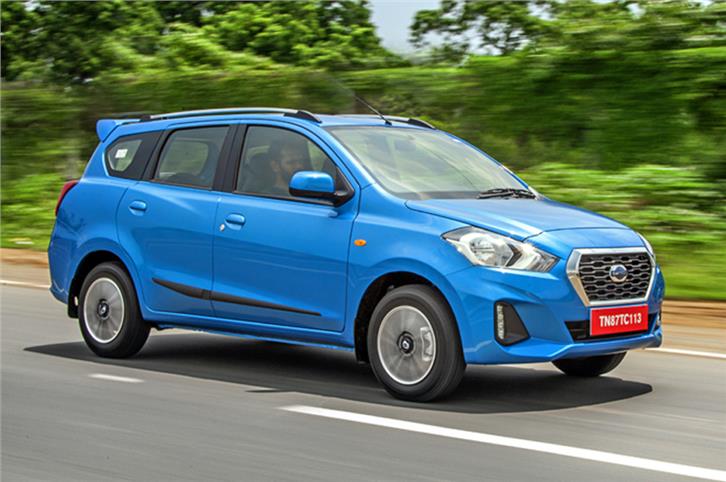 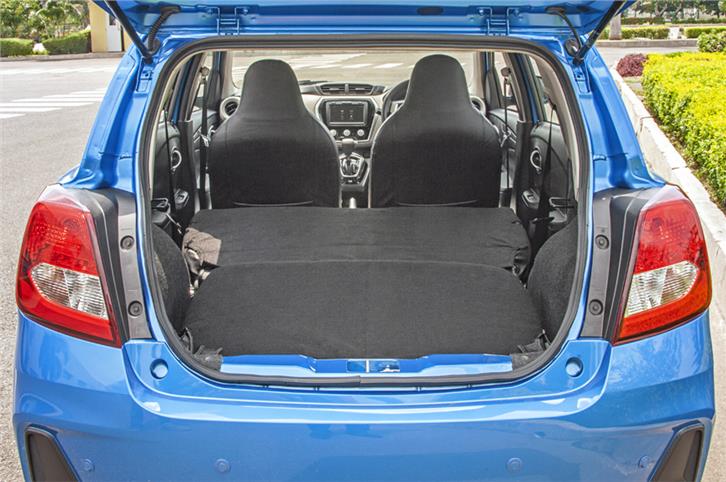 Japanese automaker Nissan gave new life to the Datsun nameplate in 2014 by relaunching it as a budget brand, starting with the Go hatchback, followed by the Go Plus 7-seater the following year. Although priced competitively, both models felt too basic and unappealing to the Indian public, and the brand failed to make a dent in the highly competitive entry-level segment.

However, Datsun introduced a major facelift for the Go and Go Plus late last year that gave them a new lease on life. The update brought with it revised styling, better interiors and more equipment to improve the vehicles’ position amongst rivals. Safety features like dual airbags, ABS, EBD, brake assist, seatbelt reminder and rear parking sensors were also made standard. And earlier this year, the carmaker also introduced the option of Vehicle Dynamic Control (VDC) on the top-spec variants of the Go and Go Plus, making them the most affordable cars in the country with this feature. 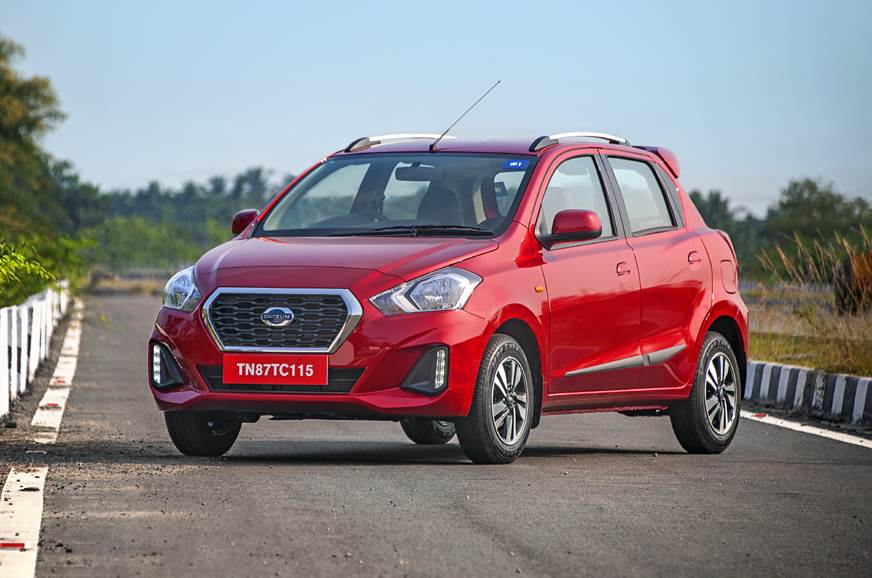 What didn't changes was the powertrain, with both cars being available with only a 68hp, 1.2-litre petrol engine and a manual gearbox. Now, however, the growing popularity of automatics has prompted the introduction of CVT auto variants.

With the 2018 facelift, the Datsun Go’s body structure was reinforced for better crash-test compliance, and with this update, the company claims to have bettered it, with structural reinforcements to the front, sides and the roof. Pedestrian protection has been improved as well, and these updates translate to a 40kg increase in kerb weight. 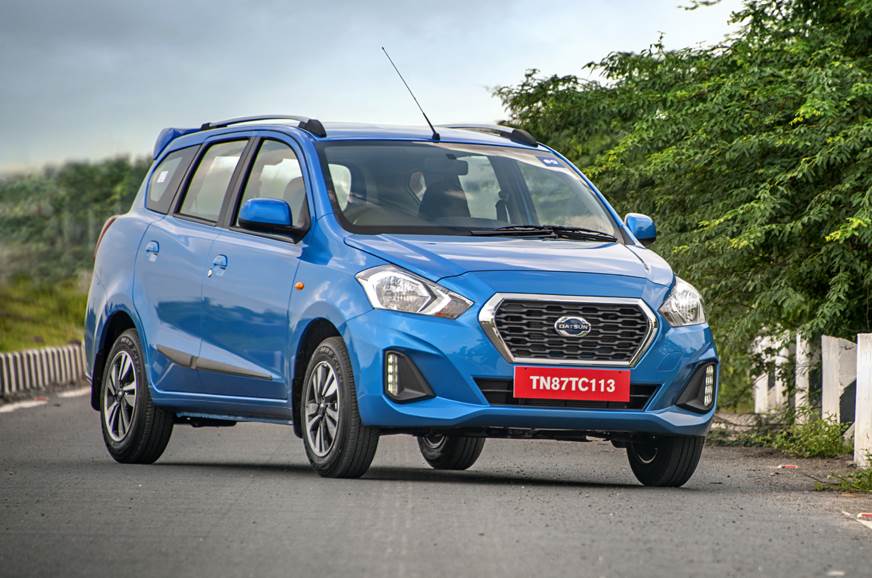 Apart from the new gear selector and the absence of a pedal, the interior hasn’t changed, but interestingly, there’s a new touchscreen unit. It’s still a 7.0-inch unit, but now has physical buttons for volume control and voice commands, making it more convenient to operate while on the go. We do, however, feel Datsun could have used this opportunity to add a few more basic features, like a rear defogger and a front passenger grab handle.

While rivals in the Go’s segment (Tiago, WagonR, Celerio and Santro) make use of the more cost-effective AMT auto transmission, Datsun has opted for a CVT, which is generally a smoother and more premium offering. The closest rival for the Go Plus – its cousin, the Triber – is yet to get an automatic gearbox, but when it does, it'll likely be an AMT. Moreover, the 68hp, 1.2-litre petrol engine powering the manual variants has been uprated to 77hp for the CVT trims. So how does it all work? 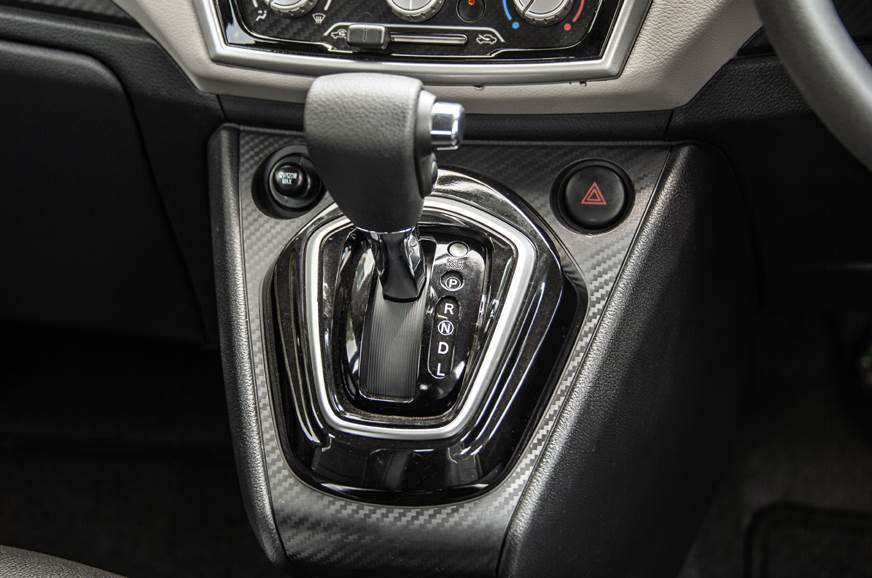 The cars work well in slow-moving traffic, creeping off the line smoothly without accelerator input and setting off smartly once you do accelerate. With gentle, part-throttle inputs, the CVT makes for a smooth and progressive build of speed, which is significantly better than the inconsistent and jerky power delivery seen in the AMTs of rivals.

However, if you prod the accelerator even a bit harder, the gearbox starts to fumble. There is a sharp increase in revs without a corresponding rise in speed, and if you floor the throttle, the effect is far worse. This rubberband effect, which is more pronounced here than what you might find in more expensive CVT applications, means that executing quick overtaking manoeuvres requires some prudence. Moreover, since the engine revs without progress, the noise in the cabin becomes all too apparent.

While some CVT units provide the option of manually shifting between the predefined ‘steps’ of the transmission using the gear lever or paddleshifters, the Datsun gearbox isn’t one of them. Sport mode, which can be engaged by a button on the gear lever, does keep the engine on the boil, but the gain in performance isn’t that significant. Truth be told, you can’t really feel the 9hp bump in power in most situations either, as you’re not inclined to push this powertrain hard. Similarly, if you do extend the engine past 5,000rpm, you will find a bit more performance, but there are few situations in which you’ll find yourself doing so. 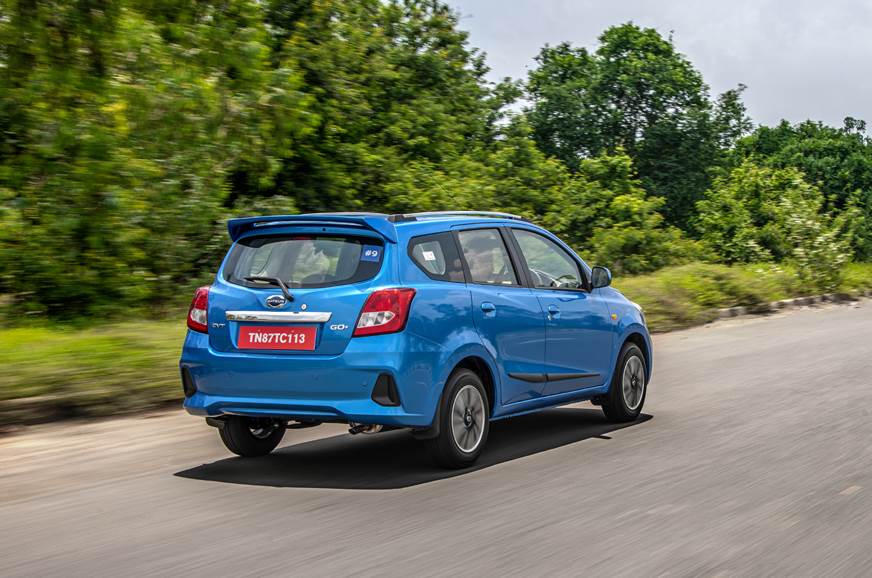 Official fuel economy for the CVT variants is rated at a respectable 20.07kpl for the Go and 19.41kpl for the larger Go Plus. The 40kg increase in kerb weight across all variants has also resulted in a slight drop in efficiency figures for the manuals, from 19.83kpl to 19.72kpl. 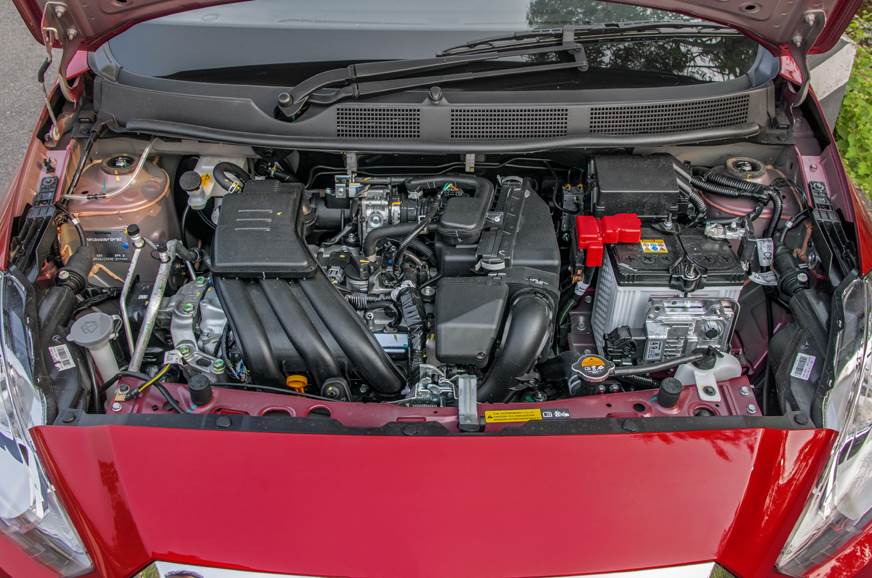 A light steering and compact dimensions make manoeuvring in tight spaces an easy task. The ride quality is a bit firm but decent for the most part. However, factors like a light build and an engine that runs out of steam at higher speeds blunt the Datsuns’ highway cruising abilities. And though improved compared to the original 2014 car, you can still hear a lot of noise from the road inside the cabin.

Datsun has launched the Go and Go Plus automatics only in the top two variants – T and T(O) – with prices starting at Rs 5.94 lakh and Rs 6.58 lakh, respectively. Consequently, the CVT trims get features like vehicle dynamic control (VDC) and touchscreen infotainment system as standard, with the range-topping T(O) getting the addition of diamond cut alloy wheels and LED DRLs. 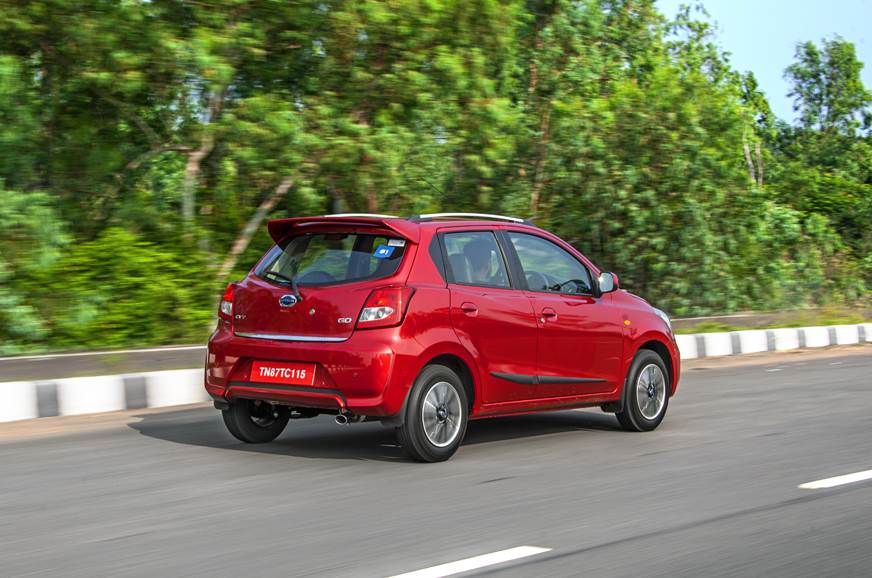 At this price, the Go and Go Plus are the most-affordable CVTs in the market, undercutting the likes of the Nissan Micra, Maruti Suzuki Baleno, Hyundai i20 and the Honda Jazz.

At this price point then, the Go CVT makes a strong case for itself by offering a more refined driving experience than most of its AMT equipped rivals – which include the Maruti Suzuki WagonR, Hyundai Santro and Tata Tiago – for not so much more money. However, the few chinks in the armour still remain – the cars don’t feel sure-footed at highway speeds, and the third row in the Go Plus isn’t suitable for adults and children alike. 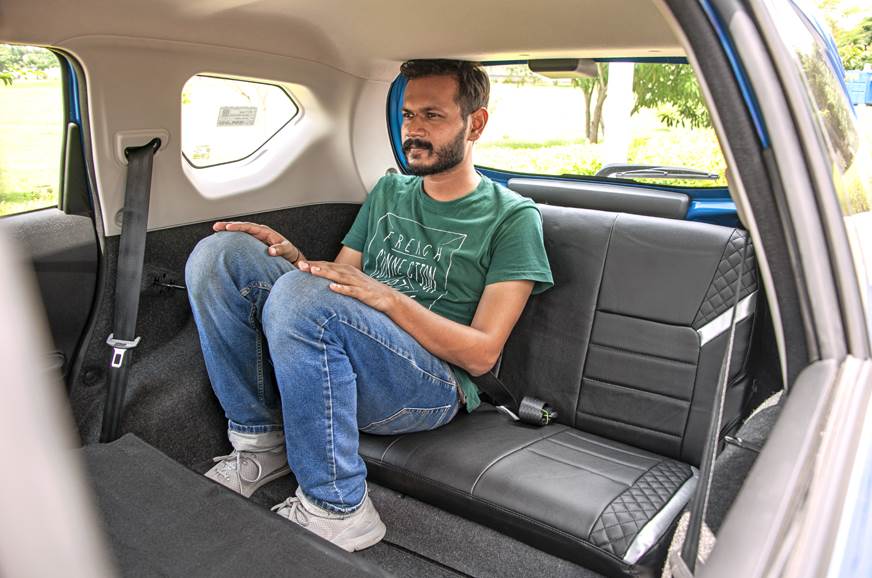 The budget offerings from the Japanese automaker have come a long way since they were first launched. With a frugal engine, automatic transmission, competitive price, reasonable space and comfort and decent levels of safety equipment, they come off as a more complete package now. If there wasn’t a compelling reason to buy the Datsuns earlier, perhaps this added convenience of a smooth automatic gearbox at an affordable price will change your mind. 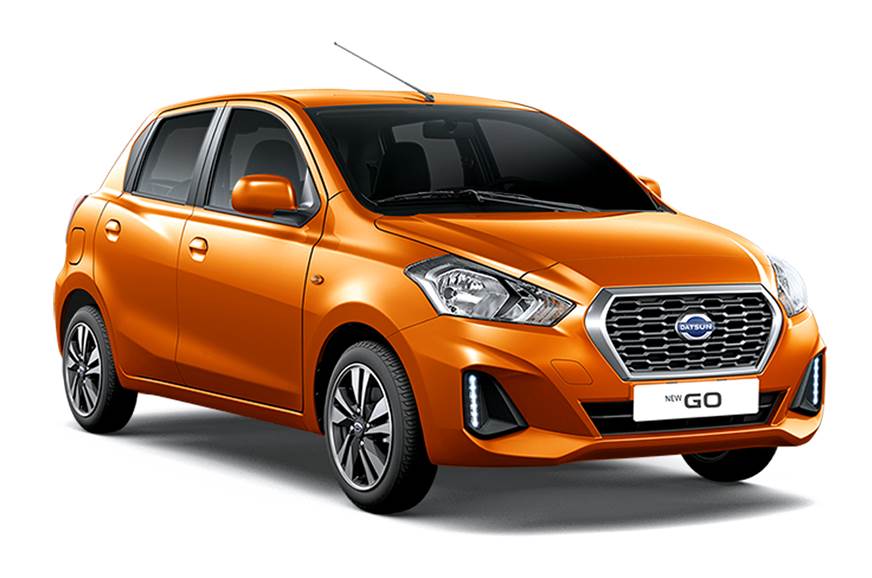 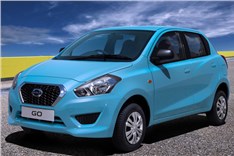