The Virtus Dynamic Line with the 1.0 TSI engine will be the mainstay of the range, while the GT trim with the 1.5 TSI engine is an enthusiast-focused offering.

Volkswagen has just launched the Virtus midsize sedan in India, priced between Rs 11.21 lakh-17.91 lakh (ex-showroom, India). Like the Taigun, the Virtus also comes in two distinct variant lines – Dynamic Line and Performance Line – largely differentiated by what’s under their hood. Here, we have listed the features and powertrains available on each individual trim of the Volkswagen Virtus.

The Virtus’s Dynamic Line is split into three trims – Comfortline, Highline and Topline – while the Performance Line comes in a single, fully-loaded GT trim.

As for the Performance Line, it’s distinguished by the 1.5-litre TSI turbo-petrol engine under its hood. However, unlike the Taigun and also its sibling, the Skoda Slavia, the 1.5 TSI engine misses out on a manual gearbox and is only available with the 7-speed DCT gearbox in a sole, fully loaded GT trim.

Here is a break-up of all features available on each trim of the Volkswagen Virtus:

The Virtus takes on other midsize sedans in the market like the Skoda Slavia, Maruti Suzuki Ciaz, Honda City and the Hyundai Verna. The City and Verna are the only two cars in the segment that also get a diesel engine as an option. Moreover, Honda recently introduced a strong hybrid powertrain for the City as well.

Which variant are you most likely to opt for from the Volkswagen Virtus range? Let us know in the comments below. 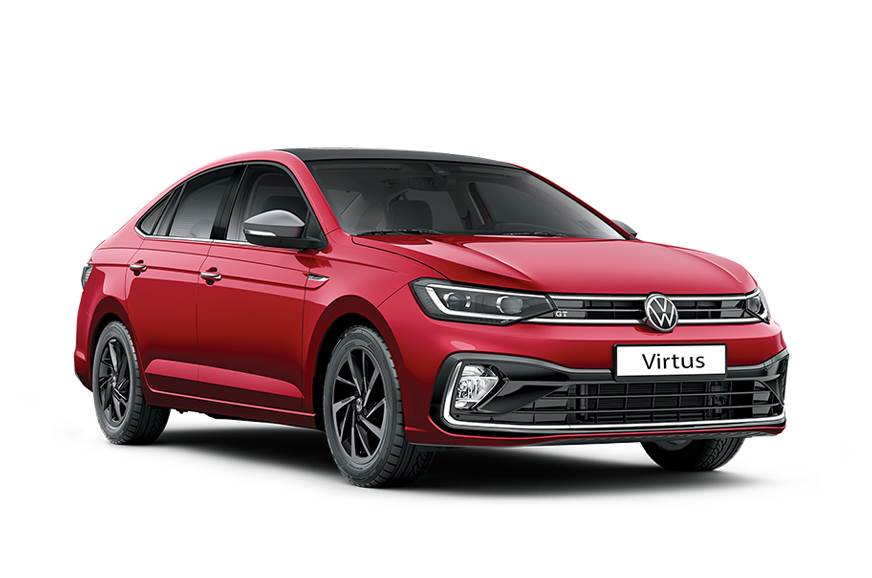