The Virtus replaces the decade-old Vento as the carmaker’s newest midsize sedan. 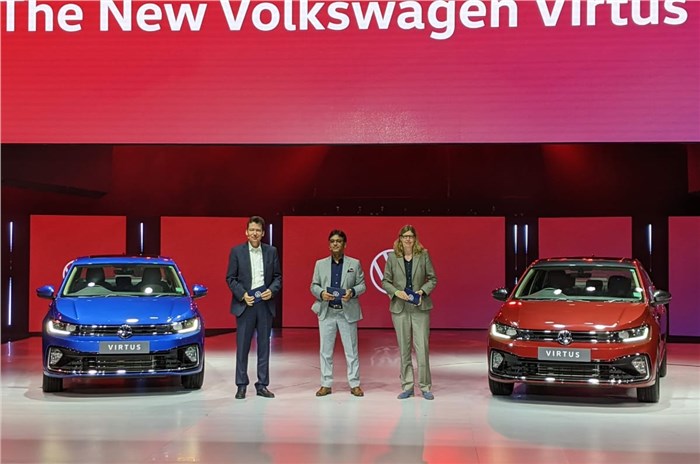 Volkswagen has launched the Virtus in India, with a starting price of Rs 11.21 lakh for the 1.0 TSI Comfortline variant, going up to Rs 17.91 lakh for the top-spec 1.5 TSI GT variant. Bookings for the Virtus are already underway. The Virtus is a sister model to the Skoda Slavia, and the fourth model from VW Group's India 2.0 project's made for India cars.

The Virtus' starting price is marginally more expensive than the Skoda Slavia's Rs 10.99 lakh. However, it is cheaper than the Honda City, which starts from Rs 11.46 lakh. When it comes to the top-end variant, the Virtus undercuts the Slavia by Rs 47,000.

The Virtus range starts with a 115hp, 178Nm, 1.0-litre TSI three-cylinder turbo-petrol engine that's paired to either a 6-speed manual or a 6-speed torque converter automatic. Volkswagen is also offering the more powerful 150hp, 250Nm, 1.5-litre TSI four-cylinder turbo-petrol engine, which also features cylinder deactivation technology to save fuel. For now, the 1.5 TSI is only available with a 7-speed dual-clutch automatic transmission. The Skoda Slavia, however, gets both manual and automatic gearbox options with the 1.5-litre TSI engine.

The Virtus is, of course, a size bigger than the Vento, and there are hints of the bigger Jetta in the sedan’s design. It looks more grown-up compared to the sportier and compact looking Skoda Slavia. For more details on the Virtus’ styling, you can check our review here.

Volkswagen offers different service packages for the Virtus. The package covers service costs for the duration of four years and is priced at Rs 20,388 for the 1.0-litre variants and Rs 22,881 for the 1.5-litre variant. This means the Virtus will have an average service cost of just Rs 5,000 a year. The Virtus gets a standard 4 year/1,00,000km warranty which can be extended up to 7 years and 1,50,000km for Rs 11,525.

The Virtus takes on other midsize sedans in the market like the Skoda Slavia, Maruti Suzuki Ciaz, Honda City and the Hyundai Verna. The City and Verna are the only two cars in the segment that also get a diesel engine as an option. Moreover, Honda recently introduced a strong hybrid powertrain for the City as well. 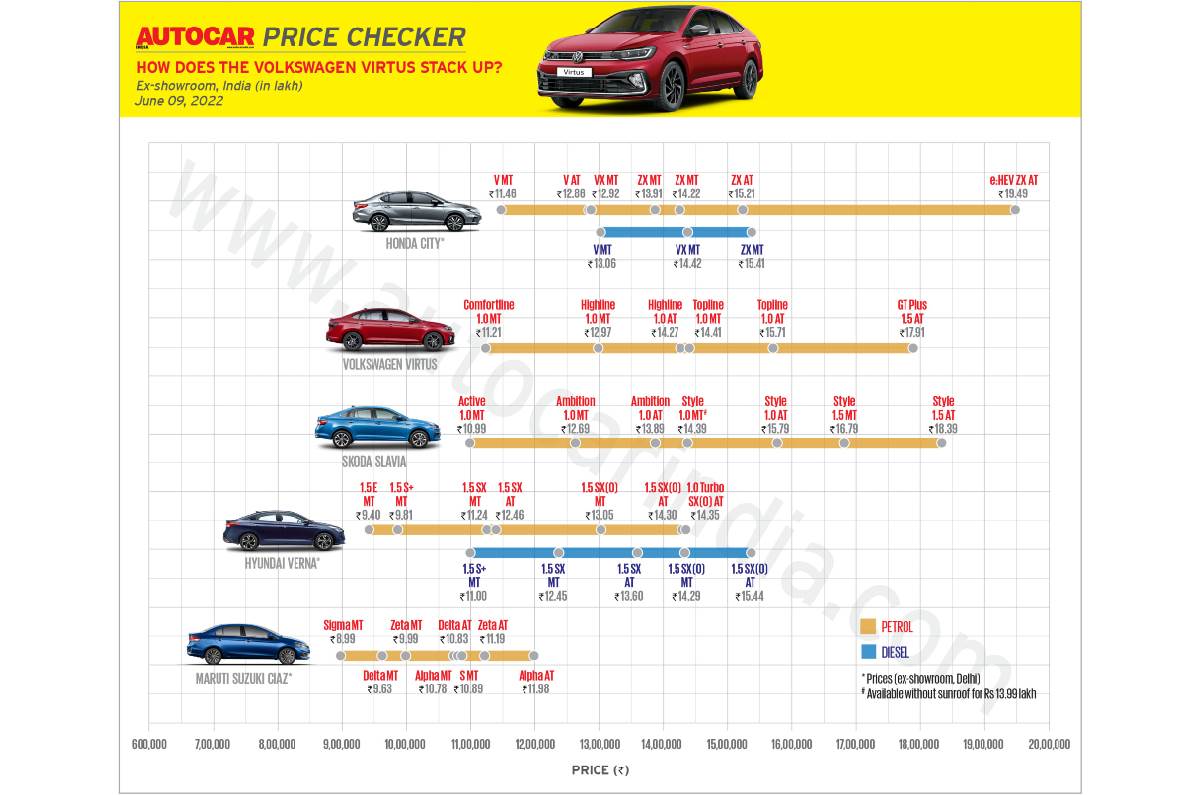