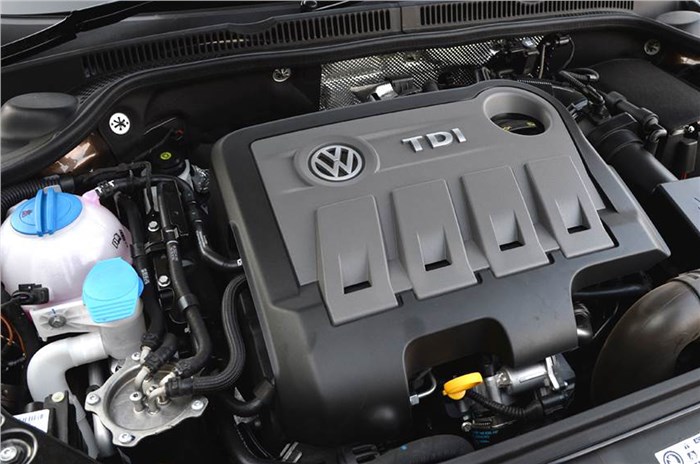 Despite VW’s Dieselgate scandal in 2015, and most carmakers choosing otherwise, Volkswagen AG has made a bold statement with its commitment to diesel-powered vehicles.

Although diesel-engined cars and SUVs are a dying trend the world over, Volkswagen has demonstrated its commitment to diesel power by developing engines that can use adapted diesel fuels, claimed to reduce CO2 emissions by up to 95 percent over conventional diesels.

In fact, all VW models with the four-cylinder TDI powertrains delivered in Europe since June this year can be used with paraffinic diesel, a newly developed fuel containing bio-components.

While Volkswagen has focused its efforts on ramping up its electric vehicle line-up, the firm’s commitment to diesel shows that it is receptive towards other ways of reducing its carbon footprint, in its bid to decrease carbon emissions by 40 percent by 2030 and become carbon-neutral by 2050.

It is a different approach compared to its competitors – who have made bold statements about going fully electric in the next 10 years. By comparison, Volkswagen has said it plans to increase the share of all-electric cars sold in Europe to over 70 percent by 2030.

Meanwhile, diesel cars' share, in particular, has seen steep decline – a trend that started with VW's Dieselgate scandal in 2015. In India, the share of diesel cars fell from 40 percent in FY2017 to just 19 percent by the first half of FY2021. In markets such as the UK, where diesel once accounted for roughly half of new car sales, it now makes up only 5 percent.

“Alongside [the] accelerated ramp-up efforts in the area of electric mobility, Volkswagen is further developing the existing range with combustion engines," a  VW spokesman told our sister publication, Autocar UK. “In this way, the company is responding to different customer needs, while at the same time, taking into account the internationally varying drive system preferences and the respective general conditions.”

Scope of paraffinic diesel and other e-fuels

The firm added that paraffinic diesel fuel could be attractive to fleet customers, who run a mix of electric and conventionally powered vehicles. It anticipates that the fuel's market share in the road transport sector could increase to 20-30 percent in Europe, within 10 years.

Paraffinic fuels are produced from biological residual and waste materials such as hydro-treated vegetable oil (HVO). These are then converted into hydrocarbons and can be added to diesel in any quantity. V-Power Diesel and HVO are currently available in the UK.

Volkswagen added that other e-fuels such as Power-to-Liquid (PtL) will be offered in future, which are produced from regenerative sources using CO2 and electricity. In this process, excess green energy could be used in their production.

Volkswagen's petrol and diesel fuel boss Thomas Garbe said: “Through the use of environmentally friendly fuels in the approved Volkswagen models, we are making it possible for customers throughout Europe to significantly reduce their CO2 emissions as soon as the fuel is locally available.”

Diesels used to be a big part of the Volkswagen Group’s model line-up here as well. Starting with the Polo's 1.2-litre TDI engine and going all the way to the higher-end 4.2-litre TDI in Audi models like the Q7 and A8.

Volkswagen, however, decided to pull the plug on diesel engines in India as we transitioned into the stringent BS6 emission norms last April. The cost of after-treatment systems on diesels to clear the BS6 norms would have invariably driven up the prices, making little sense in small cars. And while Volkswagen had previously hinted on the return of diesel engines for larger models in the India 2.0 strategy, there’s currently no news of diesel being brought back. Thus, unlike the firm’s global portfolio, the VW Group models here will continue to be petrol-only for now.

What are your thoughts on Volkswagen's global diesel strategy? Do you think VW should bring back diesels to India as well? Let us know in the comments below.