The VW Polo GT will march on for some time longer, but the diesel variant won’t. Is it worth a last-minute buy? 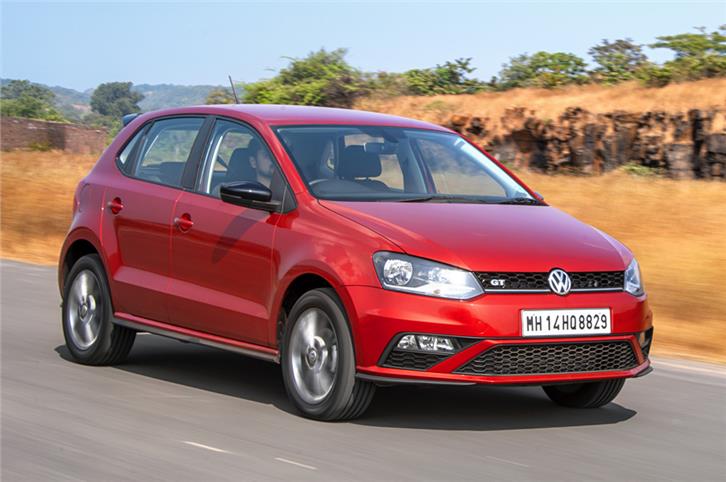 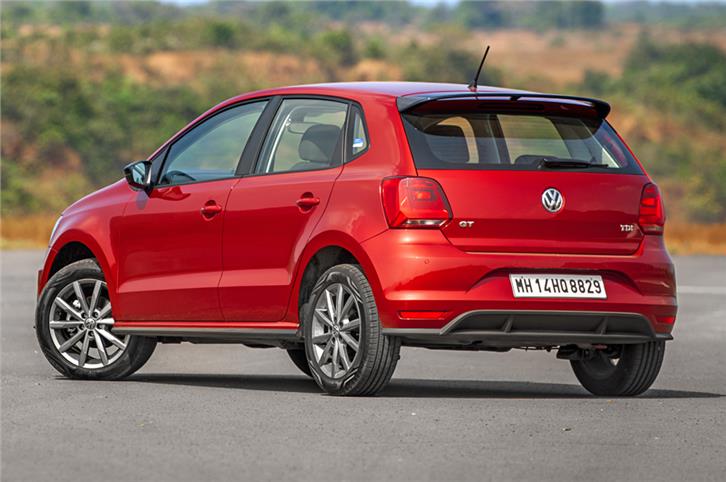 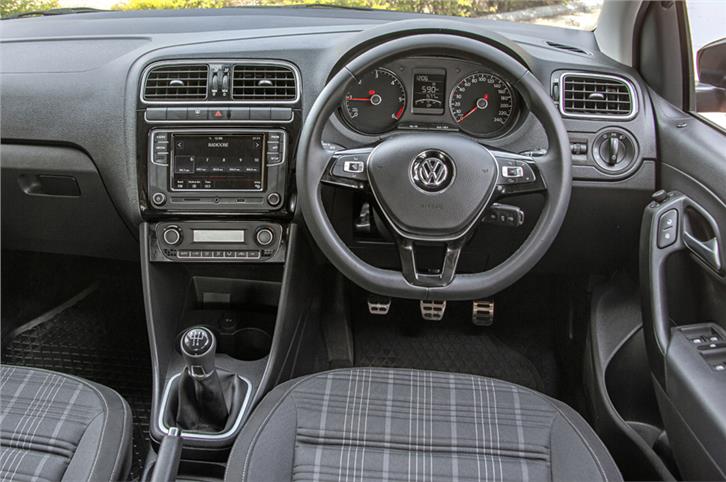 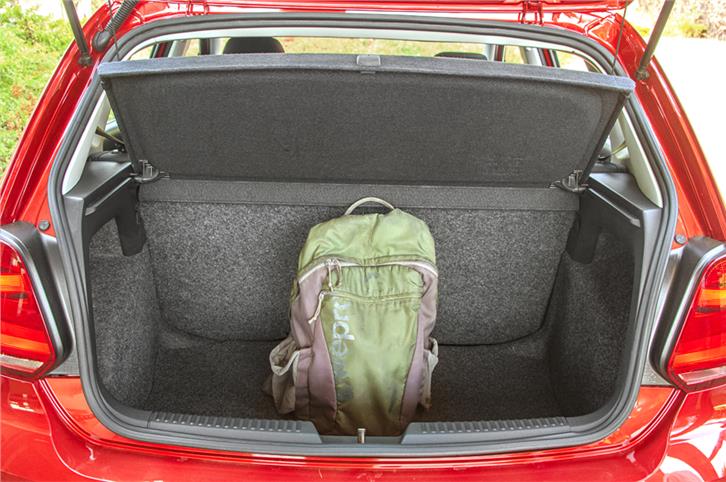 In a nutshell, it’s a rather mildly refreshed Polo. First launched back in 2010, the Polo has now been on sale – unchanged, barring minor facelifts and equipment upgrades – for nearly 10 years. The most recent cosmetic tweak arrived in September 2019 and is expected to keep this now somewhat ageing hatchback in the running for a while longer – at least until a whole new line-up of cars and SUVs starts arriving at Volkswagen showrooms near you from mid-2021, under the brand’s India 2.0 strategy. 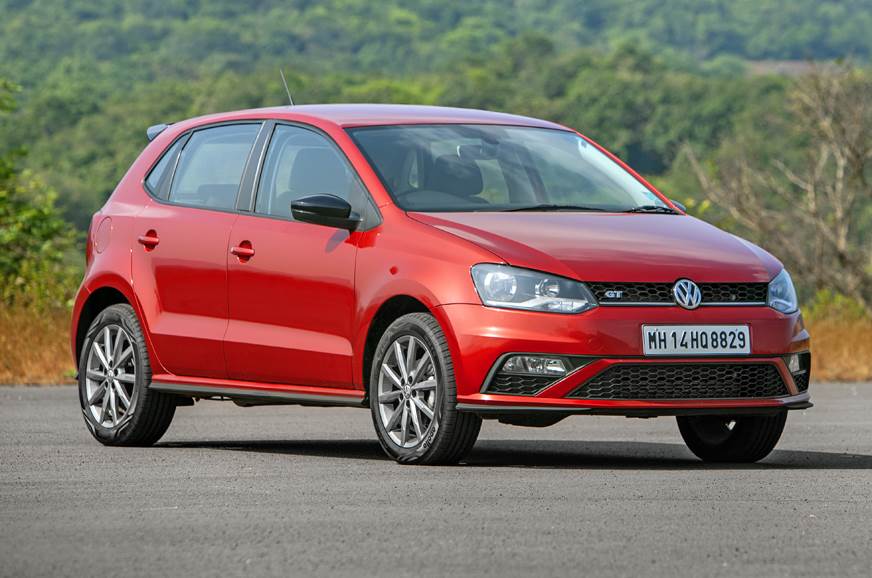 Engine options, for the moment, include an anaemic 1.0-litre petrol, a slick 1.2-litre turbo-petrol and a 1.5-litre diesel in two states of tune. The 1.2 turbo-petrol will make way for a BS6 1.0-litre turbo-petrol next year, while the diesel will bow out altogether before April 1, 2020. In effect, the Polo GT TDI is on offer only until stocks last.

What’s different on the outside?

The latest update brought with it a Polo GTI-inspired honeycomb-mesh grille, front bumper and new tail-lights. Detail changes they may be, but they do add a bit of sportiness to the package and make it look more premium. Higher variants also get the gunmetal-finished 16-inch ‘Portago’ alloys wheels that undoubtedly add to the hatchback’s sporty aesthetic. Nonetheless, there’s no getting away from the fact that newer rivals make the Volkswagen Polo’s design look a little dated. 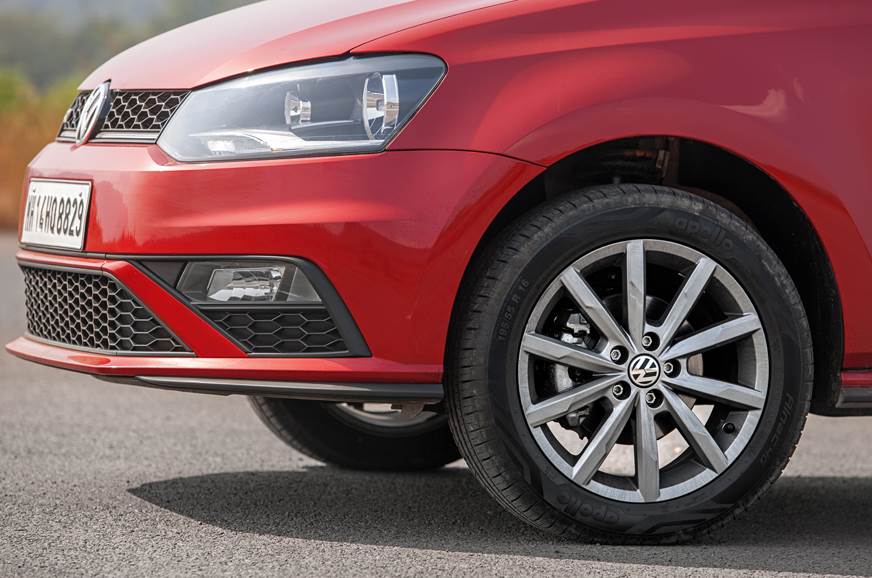 What’s different on the inside?

On the inside, there really isn’t much to differentiate between the facelift and the previous model. If one really pays attention, the only identifiable difference is that the seat covers come in a new colour, with the design pattern and texture being similar to the one seen on the GTI. The Polo’s cabin does look bland, by the latest standards. When inside, the only way to differentiate the top-spec GT Line variants from the lower-spec trims is to look at the door sill – there are ‘GT’ scuff plates. 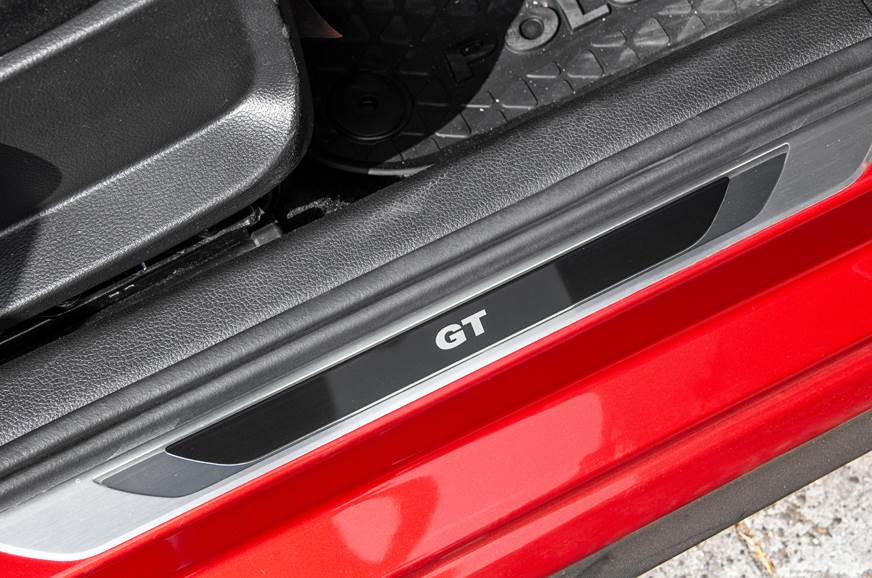 What the Polo still stands out for is build quality. That solid thunk on door shut is particularly reassuring, and even though there are no soft-touch plastics, there’s a general long-lasting look to everything on the inside. 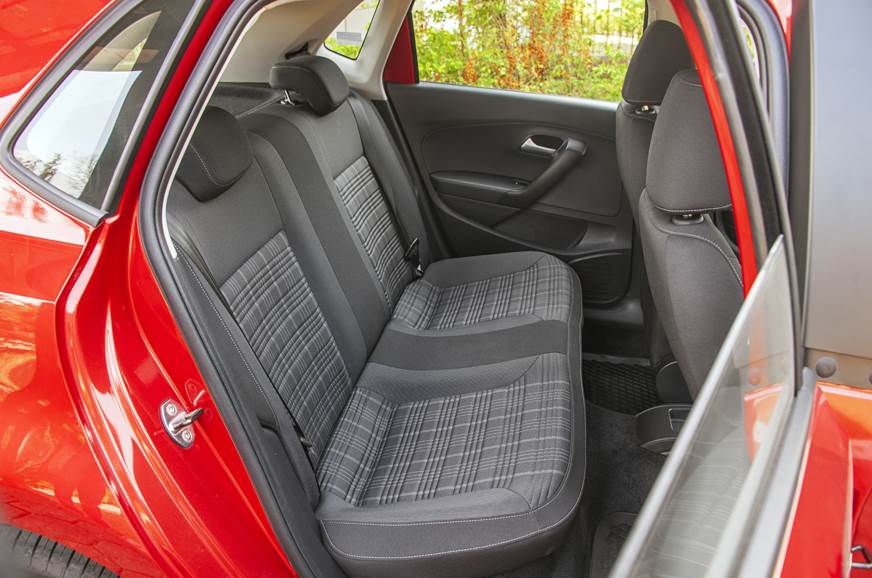 Even in terms of equipment, the new and older Polos are identical, with the only change being the Volkswagen Connect (connectivity suite), which is standard on Highline and GT Line variants. The connectivity suite allows the user to track their trip, identify and track driver behaviour and statistics, share their location, monitor fuel costs and more. It's a dongle-based feature that can be transferred across different Volkswagen cars and SUVs.

The Polo GT TDI’s 1.5-litre diesel engine is tuned to produce 110hp and 250Nm of peak torque. In the standard Polo, this same four-cylinder diesel unit makes a lesser 90hp and 230Nm of torque, though the difference between the two states of tune is barely noticeable off the line. It’s only when you rev the engine that the additional 20hp and 20Nm of torque make themselves known. The diesel unit pulls strong, especially from 1,800rpm onwards as the turbo kicks in, and is relatively free-revving, considering it’s a diesel. Still, the engine sounds quite loud when strung out, which filters into the cabin in a way that’s not quite sporty. 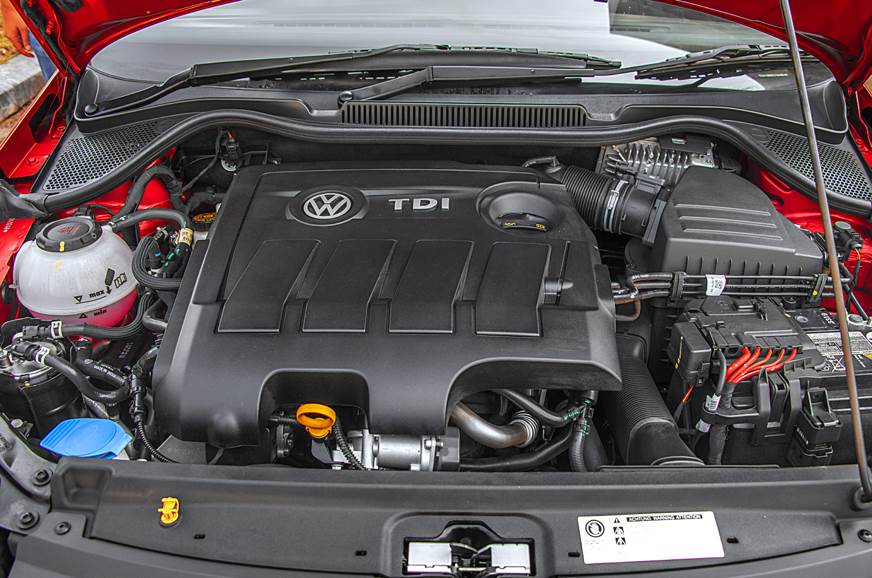 The 5-speed manual gearbox that transmits power to the front wheels is a smooth-shifting unit, though it doesn’t favour rapid shifts; the clutch is on the heavier side too. The Polo’s steering is light in the city and weighs up well at speed. While it is direct, feedback and feel from the unit is poor. 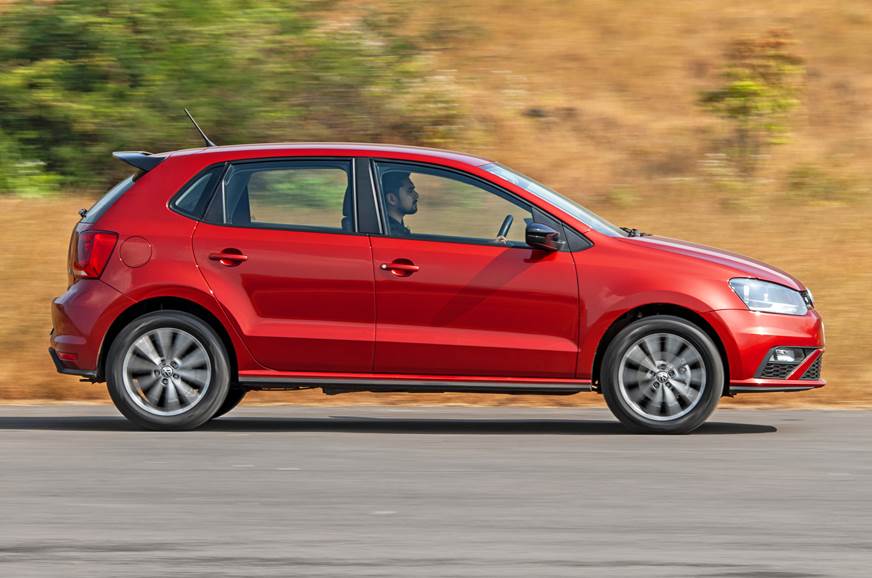 Interestingly, the biggest change with this facelift is that Volkswagen has increased the Polo’s ground clearance, albeit silently. It may not be noticeable at first, but the amount is significant enough that the hatchback is now less prone to scrapping its underbody over bad roads when it’s loaded to the brim.

As mentioned, the Polo range is set for a major powertrain revamp by April 2020. If you are keen to buy the best version of the Polo before the new engines come in, it’s the turbo-petrol GT TSI that you should be looking at. However, if you don’t mind foregoing the convenience of the GT TSI’s automatic and are open to the idea of a diesel, the Polo diesels do make a great deal of sense right now. Volkswagen dealers are offering massive discounts on diesel stock and the five-year standard warranty on the diesels really sweetens the deal. 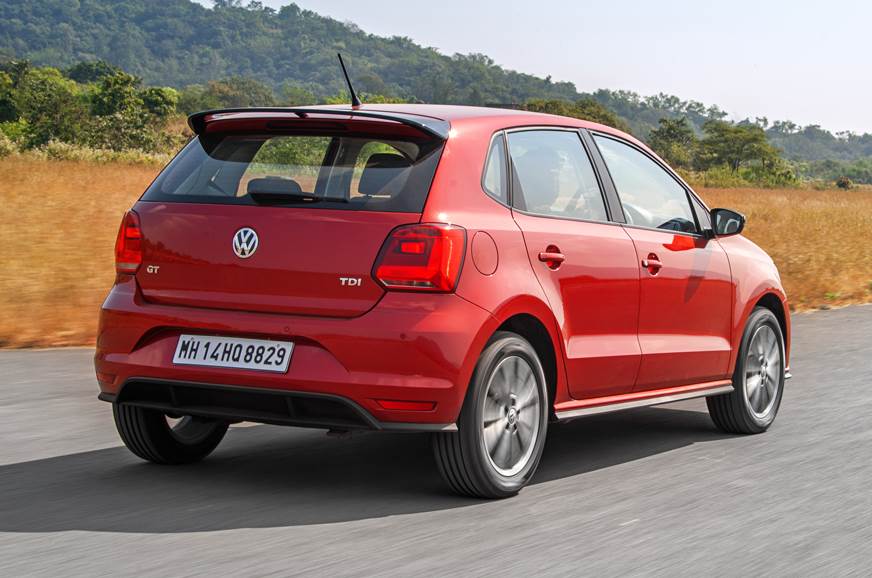 Of the two Polo diesels, you’d be happy with the standard 90hp version (Rs 7.35-9.32 lakh). However, the more powerful GT TDI (Rs 9.89 lakh) is worth the extra outlay to those who want a bit more punch. There are newer, roomier and better-equipped hatchbacks available for a similar cost but if you’ve held out on your Polo purchase, now is the best time to give in. Just remember: haggle hard.

Volkswagen ties up with Orix to provide car leasing services