New EV sedan, wagons to sit beside existing Superb and Octavia range. It will most likely get unique marketing names. 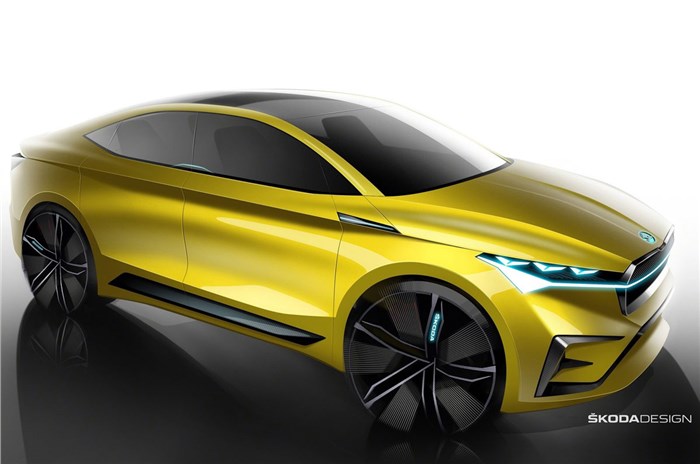 Skoda, who just began its EV journey with the Enyaq (due in India next year), is preparing a long list of electric models for its global line-up. The brand aims to replace its most popular cars with EV equivalents in future.

The Skoda Octavia remains Skoda's bestselling model globally, despite the growing popularity of SUVs and is tipped to be succeeded by an electric equivalent. In the first nine months of 2021, Skoda sold 1,59,400 Octavias, meaning it substantially outsold the brand's three SUVs. In the same period, Skoda sold 99,100 Kamiqs, 96,600 Karoqs and 82,600 Kodiaq SUVs globally.

Nonetheless, SUVs account for a huge proportion of the brand's sales, and its first three bespoke EVs will all sit in this segment. The Enyaq iV will soon be followed by a smaller crossover and Skoda's entry-level EV, due around 2025, will be a compact, urban-oriented EV in the vein of its Volkswagen ID 2 sibling.

However, sales and marketing boss Martin Jahn told our sister magazine Autocar UK that Skoda doesn't plan to become exclusively an SUV manufacturer. "We're committed to the needs of our customers," he said. "In the future, we will always try to find shapes and bodystyles that our customers are expecting. I think that we will continue with the range of cars of Octavia and Superb. We still see a need for these cars, so they will continue for some time."

And such cars still have a place in the brand's future electric line-up, according to Jahn. "We will be looking at bringing a car similar to Octavia, a car with a similar purpose: for people who are a bit more conservative, who don't want an SUV, or for company fleets who don't want to have SUVs but want different body shapes," he said.

That suggests that any electric Octavia equivalent won't share the current car's name, and indeed Skoda is following a similar product strategy to parent company Volkswagen in marketing its new bespoke EVs separately from existing combustion models. Skoda could offer its own version of Volkswagen's upcoming 'Aero-B' electric saloon, which itself is essentially an EV equivalent of the Passat. That car is due in 2023 and has been spotted in near-production-ready form recently, showing a final design evolved from 2018's ID Vizzion concept. Like the Aero-B, Skoda's first electric saloon is also highly likely to get an estate version.

"The Combi [estate] shape was very successful for Skoda, and this shape defines Skoda in a way," explained Jahn. "This is the way we will be looking at new electric cars. Similar to today, it will be predominantly SUV, but there will be other shapes."

Skoda is planning to bring the Enyaq iV all-electric SUV to India sometime in 2022, most likely via the CKD route; it is estimated to be priced around Rs 35 lakh-40 lakh.