Thomas Schäfer, Chairman Of The Board, Skoda Auto on the company’s change in mindset about local product development and the future of hatchbacks and small diesels in India. 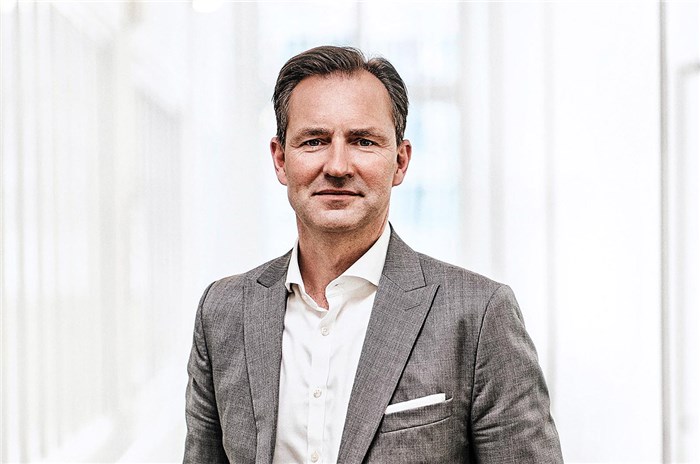 What are some of the lessons learned from India? Has the Kushaq required a completely different mindset approach?

We’ve been listening to the customers to understand what’s going on in the Indian market. Maybe in the past, we have not always paid too much attention or just enough attention to that. But we surely did, this time around. Look at the name ‘Kushaq’, that’s something which would have never happened in the old times. And now, we have an Indian name for a Skoda product on the ground, how about that?

Who are we (global team) to say what the discerning Indian customer wants, if not for the team on the ground? They’ve got to ask for help, but at the same time, they need the space to really build up a strong business on the ground, and, I think, this time around, they’ve been getting this right.

We can provide them with technology and help with certain aspects, but overall, business has to be pushed and run by our Indian colleagues, there’s no other way.

The Skoda team, by definition, is cost conscious. It’s almost in the DNA to find the best possible solution. So to transfer this into India now and combine it with a good knowledge of the market – what does a customer in India really want, or what is he/she looking for – and executing exactly that. That’s the key – it’s nothing more than the mindset and being able to listen.

Has the pandemic changed any plans in terms of volume forecasts or even model introductions?

India’s economy seems to have gone through a V-shaped recovery. It has obviously been difficult for our teams to travel. But they have made the best of it, and it gave the team on the ground a lot more responsibility to handle stuff. You don’t need a Czech or German to fly in for everything. So it’s a good thing to transfer more responsibility.

And we managed to still stick with our plans. We’ve also not taken out volume. There’s tremendous growth potential in India. So we are very positive and we believe that with the current product line-up, and with the models that we are now going to bring into the market, it will materialise.

The core of the market is really below the Kushaq, but there are very high barriers to entry for that. Is that something you would keep looking at, even something like hatchbacks?

It’s a tough area to get into. From a business case point of view, it’s very tough to calculate. I wouldn’t say it’s impossible, but we have to get these (India 2.0 models) on the road now. We have to show the world that what we have put together will turn this thing into the right direction for all of us. And then, more options are surely possible, but let’s see. For now, it’s too early to say. This (hatchback) territory is a tough territory.

At some point, would Skoda take charge of IC engine development within the VW Group for certain key markets like India?

We already have control of MPI engines within the Group. If we need to take over some more responsibility for the Group, then sure. So we could take over TSI, it’s just a matter of whether it makes sense and when does it make sense. We’ll be fighting for any kind of technology takeover within the Group because we believe we can do it maybe a little bit cheaper, more clever.

Going forwards, what is Skoda’s role in diesels?

The world is rapidly moving away from diesel. In small cars, specifically with TSI engines, you can’t really justify diesel anymore. Unfortunately, despite all the reasons that we know, it’s not going to come back.

Where does electrification come on Skoda’s list of priorities for India?

Electric mobility needs a policy change, otherwise it’s not possible to do it by just a neutral business case yet. We are ready, if India is ready. If there’s a policy focus to move more towards electric mobility, then we’re happy to. I’d say, right now, in the next one-three years, that’s probably not the priority.

Even with Volkswagen, do you have enough volume to meet the cost and localisation targets? Will you be pushing exports?

We will use our India plant capacity not only domestically, but also for export opportunities, right in the beginning. The Kushaq is a brilliant product that can be used in other regions as well. We are now responsible for the regions of North Africa and Russia within the Volkswagen Group; plus we can also think about exports to other regions, like the Middle East and ASEAN.

India is a very brutal market as far as cost efficiencies go. Is maximum localisation the key?

Localisation is key. But from a technology point of view, not everything needs to be localised. Obviously you need to localise the majority of the variants, but if you want to localise every single engine, gearbox, variant and option in a vehicle, that’s not cost efficient. You have to rely on global value chains.

What I keep saying is that India mustn’t be afraid of the rest of the world. Usually you guys should play a much bigger role in being part of the global manufacturing footprint of any OEM, and not only talking localisation in India for India. We want to utilise this asset that we have in Pune to the maximum. We have suppliers that have localised certain parts and we need those parts to also be shipped to other countries and then, we are in a global game. In return, you might have to import some variant that doesn’t make sense to localise, or maybe even a technology that is not going to survive over the next five-six years.

What is your sense on possible partnerships? Would you be open to alliances and platform sharing with other companies?

Yes, for sure, we are, but it has to make sense and it’s got to be meaningful. We always look at opportunities, but right now, there’s nothing in the books.

Would Skoda ever be open to sharing powertrains from other OEMs, or even giving its TSI technology to other OEMs?

It is possible. If it makes sense, no problem.