Upcoming Tata Altroz hatchback: What we know so far

In the run up to its public debut at the 2019 Geneva motor show, we tell you the most important things to know Tata Altroz. 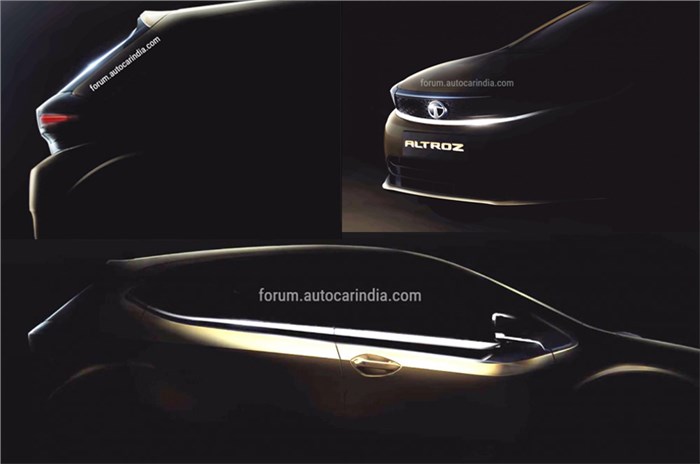 After much speculation over its name, Tata has christened the 45X hatchback as the Altroz. The name is said to be derived from the albatross sea bird. The production-spec premium hatchback will make its debut at the 2019 Geneva motor show, alongside three other brand-new Tata models.

The Altroz marks Tata’s first foray in the highly-contested premium hatchback segment. While the Tata Bolt was earlier considered the carmaker’s most premium hatchback, it never really became a sales sensation as it just wasn’t premium enough when compared to rivals. Tata hopes to change its fortunes in this space with the Altroz.

In one of its latest teasers, Tata said the Altroz will “stand for agility, performance and efficiency” and will boast “best-in-class performance and in-cabin space”. While information is limited and the launch is still some time away, here’s what we know about Tata’s Maruti Suzuki Baleno rival, so far.

The Altroz is based on Tata’s new, flexible ALFA modular platform. The platform comprises of 15 individual modules that can be put together to form a complete vehicle. Much like VW’s MQB, the ALFA platform can be scaled for length, width, track and wheelbase, with the latter two being variable by more than 100mm. Following the Altroz, the ALFA platform will also underpin the Hornbill micro SUV and the 45X EV, both of which will be unveiled at the 2019 Geneva motor show.

Styled using Tata’s Impact Design 2.0 language, the Altroz will feature a slimmer version of the ‘Humanity Line’ grille seen on the Harrier, large headlights, an angular front bumper, an upswept window line and a prominent shoulder line. The premium hatch will sport a raked roofline that tapers sharply to the rear and a C-pillar mounted rear door handle, as seen on the third-gen Maruti Suzuki Swift. Segment-leading alloy wheel sizes and large wing mirrors will also be a part of the package.

While Tata has barely revealed any information on the Altroz’s interior, we believe that the hatchback will have a T-shaped centre console that will feature a large, free-standing touchscreen display in the centre. The touchscreen is expected to be the largest in its class and come with the usual connectivity features. Vents for the HVAC system will be positioned below the touchscreen display. A part-digital instrument cluster, as seen on the Harrier, is also expected to be a part of the package. Quality of materials in the cabin will also be relatively premium.

The Tata Altroz is expected to have at least two engine options at launch – the 85hp, 1.2-litre naturally aspirated petrol engine from the Tiago hatchback and the 110hp, 1.2-litre turbo-petrol motor from the Nexon compact SUV. However, it is still uncertain whether the Altroz will get the option of a diesel engine as the upcoming BS-VI emission norms will make diesel cars significantly more expensive. If Tata does decide to offer a diesel, it will most likely be the 110hp, 1.5-litre engine that does the duty in the Nexon. In terms of the transmission, a 6-speed manual is expected to be standard across the range at launch.