Altroz is the name for Tata’s upcoming premium hatchback, will be revealed in production form at the 2019 Geneva motor show. 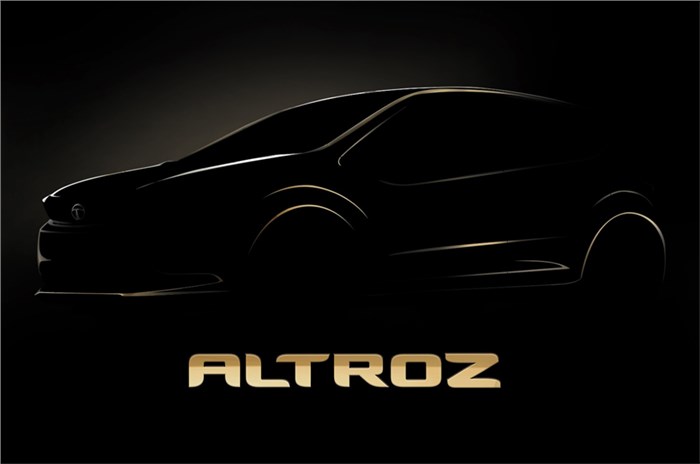 There’s been plenty of speculation about the name of Tata’s upcoming premium hatchback. Previewed as the 45X Concept revealed at the 2018 Auto Expo, this new hatchback has now officially been named the Tata Altroz.

Only a couple of days ago, Tata Motors filed a trademark application for the name ‘Tata Altroz’. The name Altroz is derived from the albatross sea bird. In its latest teaser, Tata says the Altroz will “stand for agility, performance and efficiency” and will boast "best-in-class performance and in-cabin space".

The Altroz is a brand-new rival to the Maruti Suzuki Baleno and the Hyundai i20, and will be the second Tata to sport the brand’s new Impact Design 2.0 language. Spy shots of the Tata Altroz have previously revealed a slimmer version of the ‘Humanity Line’ grille seen on the Harrier, large headlights, an angular front bumper, an upswept window line, and a prominent shoulder line.

The Tata Altroz’s interior will likely get a largest-in-its-class touchscreen infotainment system, a part-digital instrument cluster and a T-shaped centre console with AC vents under the centre screen. It's expected to get two petrol engine options - the 1.2-litre, naturally-aspirated engine from the Tiago, and the 1.2-litre turbo-petrol from the Nexon. It's unclear at this time if the 45X will get a diesel engine, as BS VI emission norms are set to make diesel cars significantly more expensive.

The Tata Altroz's launch is likely to take place in August 2019, and it will mostly undercut its chief rivals on price – the Maruti Suzuki Baleno, Hyundai i20 and Honda Jazz.

What do you think of the Tata Altroz name? Do you like it? Let us know in the comments.